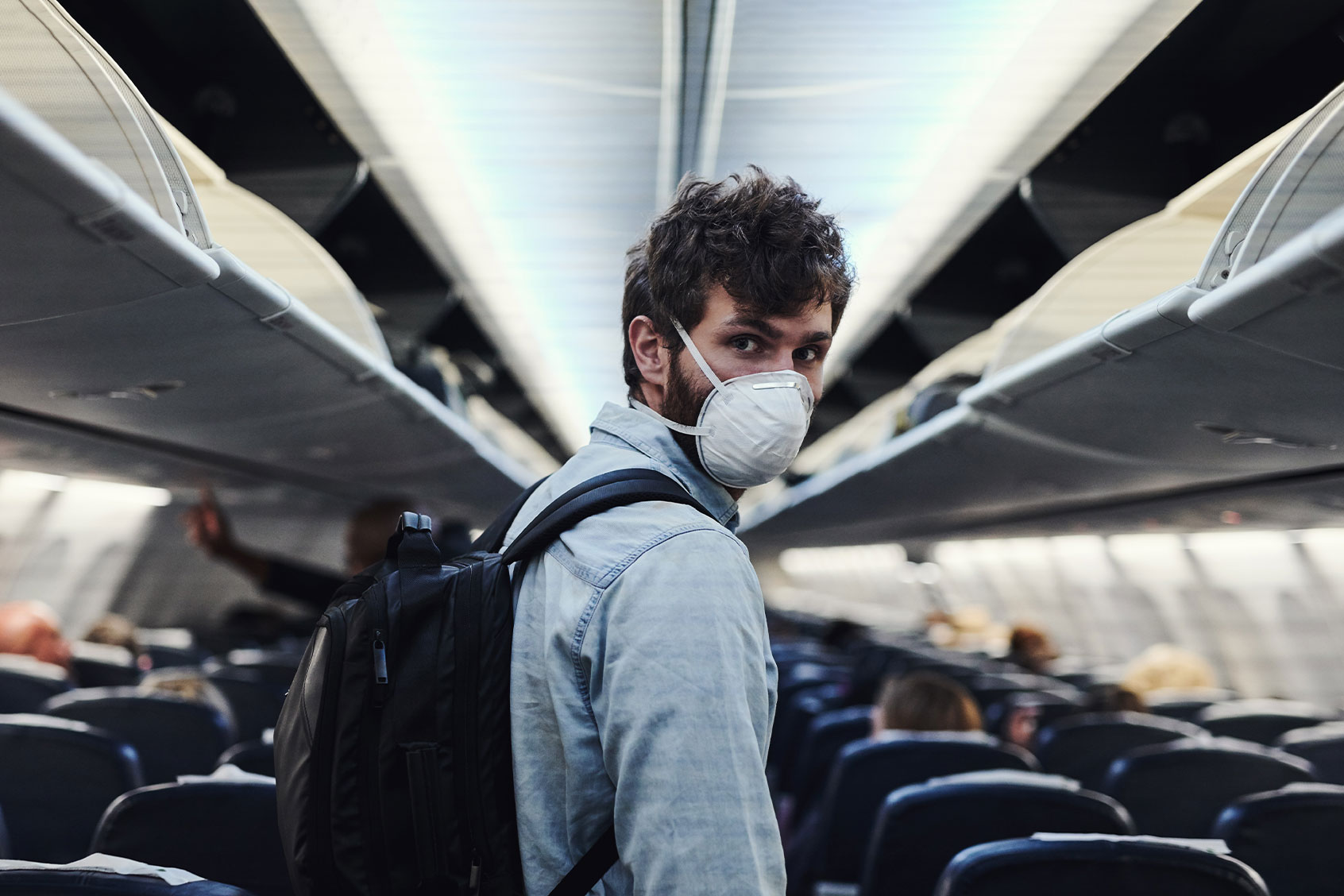 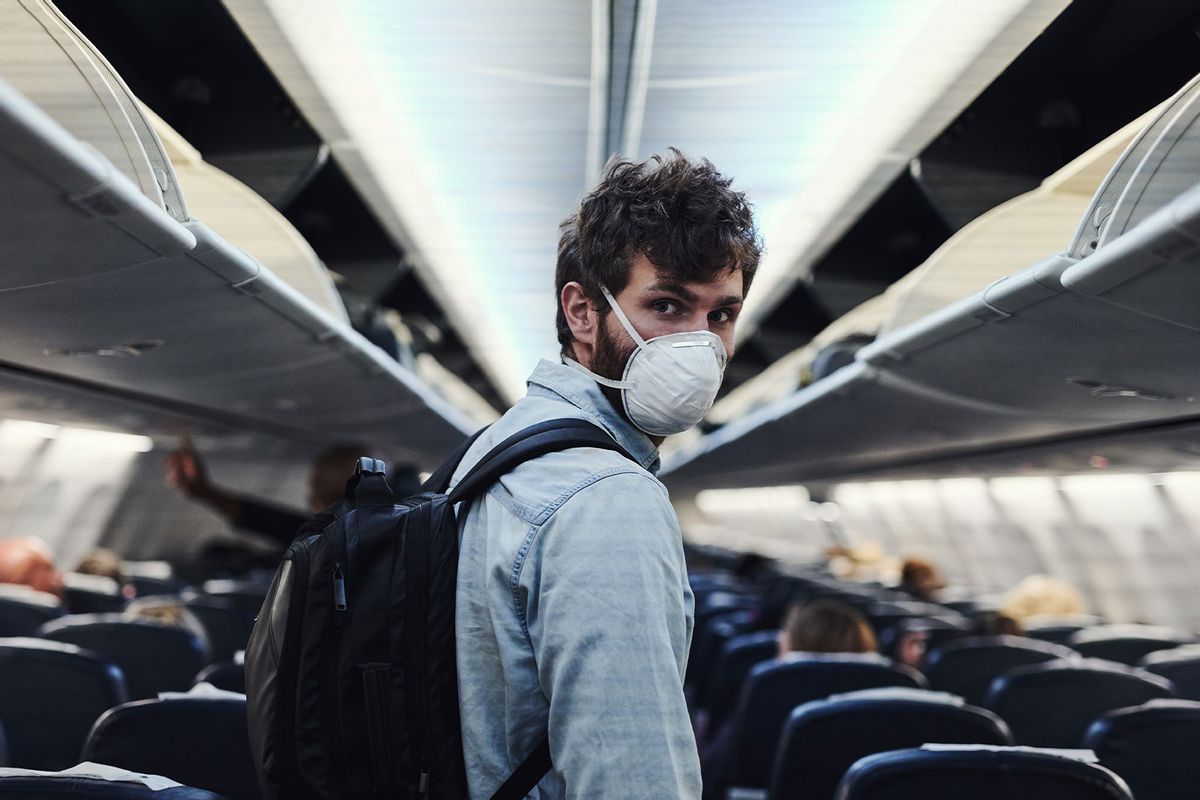 Are you required to wear a mask on an airplane? For the first time in nearly two years, the answer depends on which airline you’re flying.

On Monday night, news broke that masks are no longer required on airplanes by the federal government, as a Florida judge struck down the Centers for Disease Control and Prevention’s (CDC) mask mandate for transportation. That CDC mask mandate had been in effect for 14 months, and applied to airports, public transit and airplanes.

As a result of a federal judge’s ruling, the federal order is no longer in effect, and citizens are no longer required to wear masks on public transportation or commercial planes — at least, according to federal guidelines. Many airlines have responded by making masks optional on domestic flights.

The move came nearly a week after the CDC extended its mandate until May 3, 2022. The extension was made to give public health officials additional time to assess whether BA.2, a subvariant of the omicron variant of the coronavirus, is going to surge and cause another public health crisis. Indeed, coronavirus cases across the country have started to rise again, though hospitalizations and deaths remain relatively low at the moment.

The CDC’s extension also occurred as the Biden Administration faced pressure from airline executives to remove all pandemic-related restrictions.

“Lifting the mask mandate in airports and onboard aircraft can be done safely as England has done,” executives wrote in the letter at the end of March. “It makes no sense that people are still required to wear masks on airplanes, yet are allowed to congregate in crowded restaurants, schools and at sporting events without masks, despite none of these venues having the protective air filtration system that aircraft do.”

The executives argued that people who wish to further protect themselves with high-quality masks can do so if they choose.

“The science clearly supports lifting the mask mandate, as demonstrated by the recently released CDC framework indicating that 99 percent of the U.S. population no longer need to wear masks indoors,” the executives wrote.

“We have evidence that you can get COVID-19 on an airplane,” John Volckens, an aerosol scientist and professor in the Colorado School of Public Health at Colorado State University, previously told Salon. “Most of that evidence is from previous variants, but you can bet that if the alpha or delta variant can be spread on a plane, then so can omicron.”

Among public health experts, there has been a general consensus throughout the pandemic that airplanes have not been a primary source of transmission. Yet some experts believe that is in part because it is difficult for researchers to study and track outbreaks on planes, as Salon previously reported. In making their case, executives cited “several studies completed before we had the added layer of widespread availability of vaccines,” which included one from Harvard’s T.H. Chan School of Public Health and another from the U.S. Department of Defense.

Strangely, the first study referred to in the executives’ letter advocates for the use of universal masking in airports and on airplanes. While the report stated that exchange of air and HEPA filters on planes removes 99 percent of the particles containing the virus from cabin air, the researchers still recommended masks.

“Our team found that, together with their high-performing ventilation systems, the actions that the airlines put in place — including mandatory use of face masks — significantly reduce risks of viral transmission aboard an airplane,” Leonard Marcus, Co-Director of Aviation Public Health Initiative (APHI), said in a statement.

The second study cited showed “low exposure risk from aerosolized pathogens like COVID-19.” However, as infectious disease experts have noted before multiple times, there are various points throughout air travel that could be where transmission can occur, and they are not always on aircraft. Plus, previous studies have also shown that a person is at a greatest risk of acquiring an infection from someone two rows behind them, or in one’s own row.

“I think the decision to overturn the federal mask mandate on public transportation is fine at this point and will not worsen the pandemic,” Gandhi said via email. “The country is ready for this step.”

So, where do infectious disease experts stand now? Surprisingly, they appear to be split on whether or not the country is ready to go without masks on airplanes right now.

Marcus from the APHI said ventilation on airplanes is important and can help curb the spread of COVID-19 transmission, but proximity of people together on a plane is another concern, too. This is one reason why Marcus is in favor of multiple mitigation measures being put in place on airplanes.

“Only depending on the ventilation, when we continue to be in the middle of this pandemic, does pose higher risks,” Marcus said. “The other thing is, right now, a third of the population is not vaccinated, and even more are vaccinated but not boosted — so if you look at that statistic it means in a row of three people, one of those people could very well not be vaccinated.”

Marcus said for that reason, being able to maintain multiple layers of protection — like masking in addition to the ventilation, in addition to any other measures being taken — is just “good public health sense.”

Dr. Amesh Adalja, an infectious disease and critical care medicine doctor, told Salon that “there’s a distinction between a government mandate and what individuals choose to do.”

“Just because there is not a government official telling someone to wear a mask doesn’t mean they can’t of their own accord,” Adalja said. “Airplanes in particular are a low risk setting because of ventilation, and it makes little sense to require masks on airplanes, but not in higher risk situations.”

Dr. Monica Gandhi, infectious disease doctor and professor of medicine at the University of California, San Francisco, told Salon she believes it’s time to go without masks on airplanes.

“I think the decision to overturn the federal mask mandate on public transportation is fine at this point and will not worsen the pandemic,” Gandhi said via email. “The country is ready for this step.”

Gandhi pointed to one study stating that “one-way mask protection seems to work extremely well in physical science studies on mannequins,” adding that those who want less exposure on public transportation should wear a N95, KN95, FFP2, KFN94 or double up on masks (surgical plus cloth). Notably, cloth masks remain relatively ineffective: the CDC said in January that cloth masks were the least effective in preventing COVID-19.

“During the delta surge, California counties with mask mandates fared no better than those without mask mandates, in terms of cases and hospitalizations, if vaccination rates were similar,” Gandhi said. “At this point, although mask mandates can’t justifiably be reimposed with the data over the past two years, the CDC can recommend vulnerable individuals wear fit and filtered masks in crowded indoor spaces moving forward.”

Indeed, the more contagious the variant, the less effective masks are said to be in preventing infection. This is why some experts aren’t worried about the dropping of masks on public transportation: the viruses are already so incredibly contagious that piecemeal masking practices cannot fully stop them.

William Schaffner, a professor of infectious diseases at the Vanderbilt University Medical Center, told Salon he thinks masking can still help prevent infection, but it is important to recognize BA.2 is “so highly contagious.”

“It’s spreading in our communities,” Schaffner said. “I have to tell you whether or not masking on public transportation, trains, planes and buses, actually reduces in a noteworthy manner the amount of spread — I can’t say that. But in any event, in terms of personal protection, once again, those folks in the high-risk group are well-advised to keep their masks on.”

Despite the mandate being on hold, the CDC is still recommending that everyone wears masks on public transportation.

“CDC continues to recommend that people wear masks in indoor public transportation settings at this time,” the CDC states on its website.

Trump asked whether China had attacked U.S. with a “hurricane gun”: report

When it comes to skincare, there is power in numbers. Regardless of your skincare goal, you’ll need a mighty crew