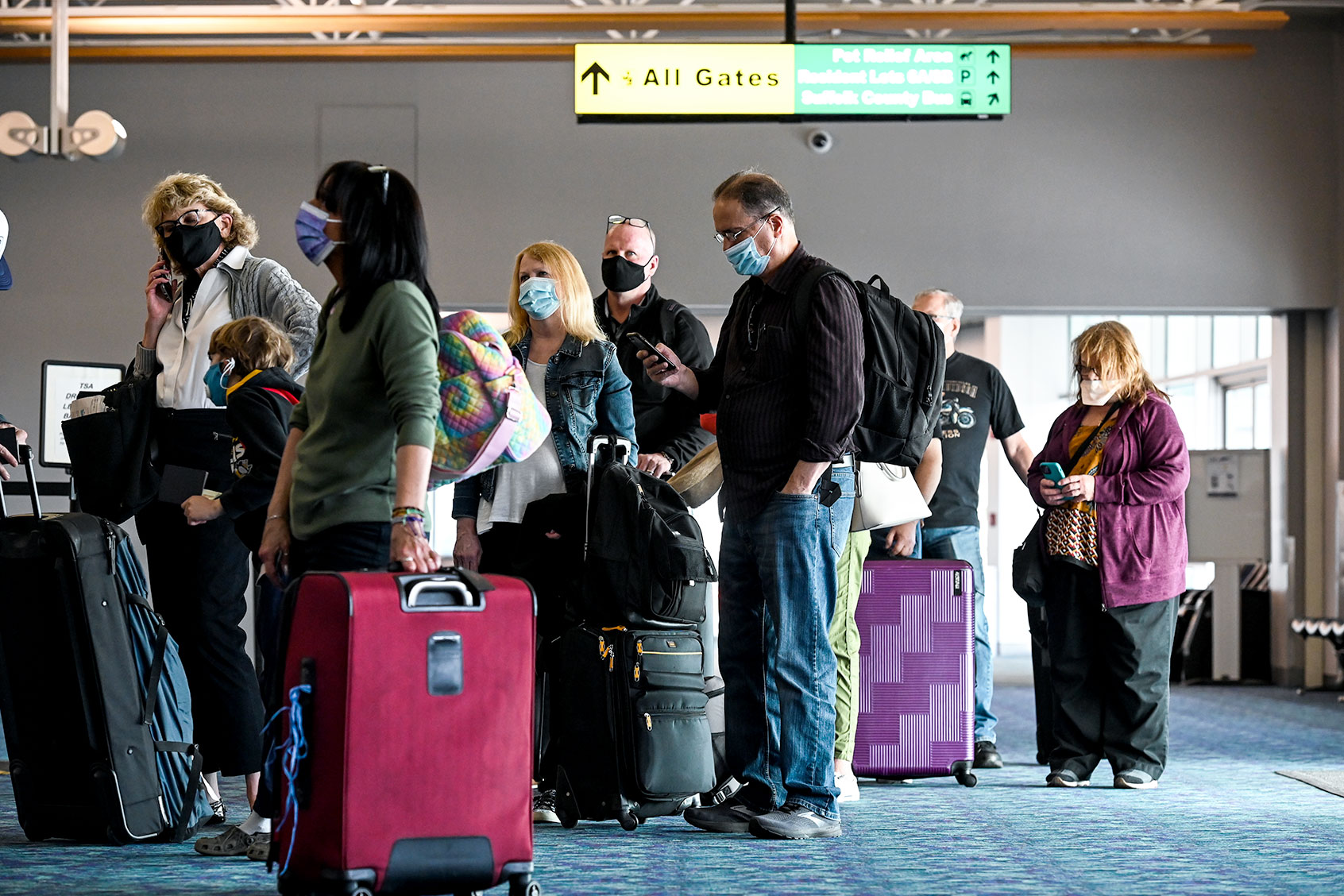 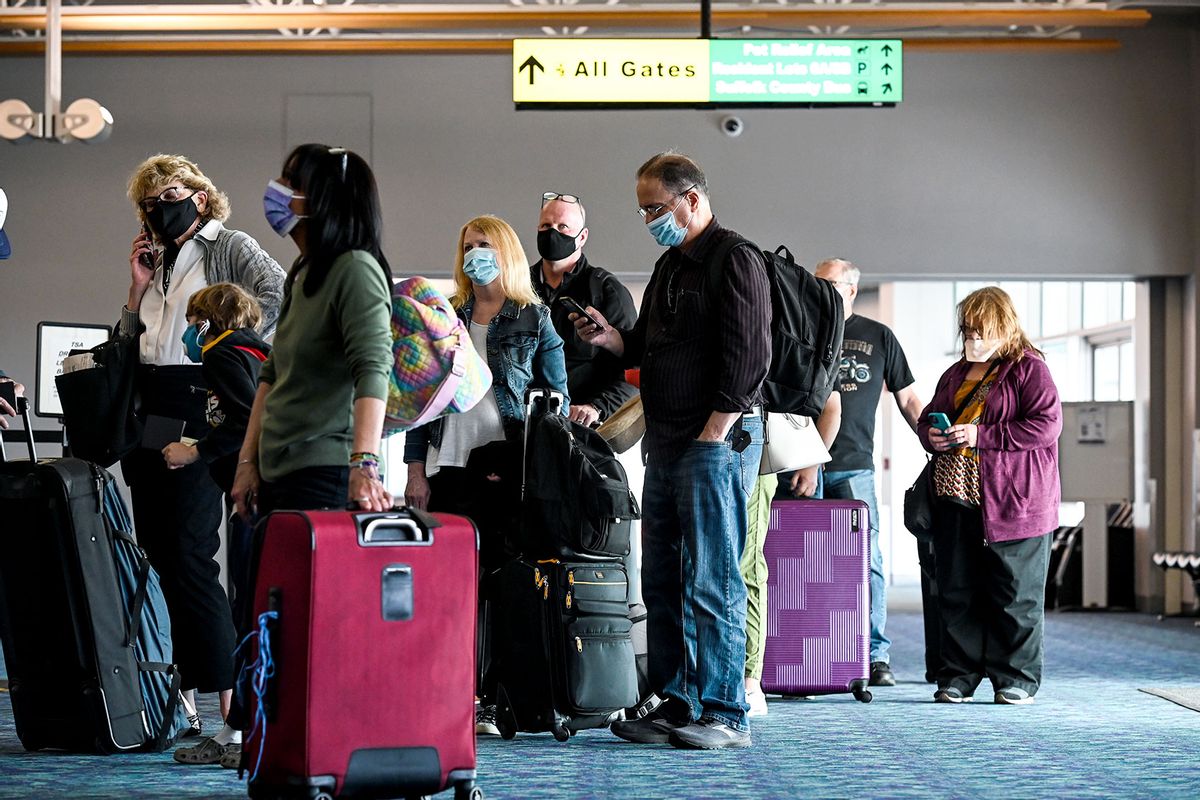 Last week, the Centers for Disease Control and Prevention (CDC) extended its public transportation mask mandate. Despite the extension, on Monday, news broke that a federal judge in Florida struck down the mandate that’s been in effect for 14 months, calling it “unlawful.” The ruling was made in response to a lawsuit filed in 2021 by two plaintiffs and the Health Freedom Defense Fund, which has a history of challenging mandates during the pandemic.

This means that the federal order is no longer in effect, and citizens are no longer required to wear masks on public transportation — at least, according to federal guidelines. (Local laws and businesses’ individual rules can supersede that.) In airports, the Transportation Security Administration (TSA) will, until further notice, no longer enforce the mask mandate.

Some airline companies may choose to issue company-wide mask requirements, similar to what happened under the Trump Administration in 2020. However, not many are choosing to do so. Airlines such as Delta, United Airlines, American Airlines, Southwest Airlines, JetBlue Airways and Alaska Air said they would make mask-wearing optional at U.S. airports and on domestic flights, following the reversal. Uber and Lyft said riders can keep their masks off if they want, and Amtrak said Monday evening that masks are no longer required for riders.

RELATED: What we know about COVID-19 variant XE

The news comes at a time when the BA.2 variant of the coronavirus, which research has shown to be more transmissible than BA.1, is the dominant strain in the U.S. — and, as a result, COVID-19 cases are on a slow rise. However, hospitalizations and deaths still remain low.

Yet the ruling by this federal judge is not a judgment on the effectiveness of masking, but rather a challenge to the notion that the CDC has the authority to implement a health mandate in a public health crisis in the first place. In the 59-page ruling, the judge argues that the public health agency only has the authority to issue regulations related to “sanitation,” which the judge interpreted to mean “measures that clean something.”

The judge compared the effects of the mandate to “detention and quarantine,” noting that travelers who did not comply were “forcibly removed from their airplane seats, denied board at the bus steps, and turned away at the train station doors.”

“As a result, the Mask Mandate is best understood not as sanitation, but as an exercise of the CDC’s power to conditionally release individuals to travel despite concerns that they may spread a communicable disease (and to detain or partially quarantine those who refuse),” the judge wrote. “But the power to conditionally release and detain is ordinarily limited to individuals entering the United States from a foreign country.”

The judge also argued the mandate was illegal because the CDC didn’t seek public notice and comment on the policy.

“I see this more as a political act than a real, careful assessment of public health.”

However, public health experts disagree with the judge’s interpretation and argue that the CDC does have the authority to implement a mask mandate on public transportation. Some believe the move is strictly political, and worry about what precedent this ruling might set.

“In my mind, the ruling itself is an assault on public health; it’s very one-sided,” Leonard Marcus, co-director of the National Preparedness Leadership Initiative at Harvard University’s Harvard School of Public Health, told Salon. “I see this more as a political act than a real, careful assessment of public health.”

William Schaffner, a professor of infectious diseases at the Vanderbilt University Medical Center, tells Salon, agreed that the justification was more “legal” than a “public health” one.

“It seemed a very narrow, a very, very, narrow and stretched rationale, at least, to this doctor who’s interested in public health,” Scaffner told Salon. “And I found that unfortunate.”

Marcus said he hopes that the White House appeals this ruling.

“I do hope that the White House will appeal it in due time,” Marcus said. “Simply because I think it’s important to establish that the CDC, for all of our benefit, has this authority and should exercise the authority, in the middle of a public health emergency.”

It’s unclear if the reversal of the mandate will be temporary or not, but Biden administration officials said they are looking into next steps.

“The agencies are reviewing the decision and assessing potential next steps,” the Biden administration said Monday night. “In the meantime, today’s court decision means CDC’s public transportation masking order is not in effect at this time.”