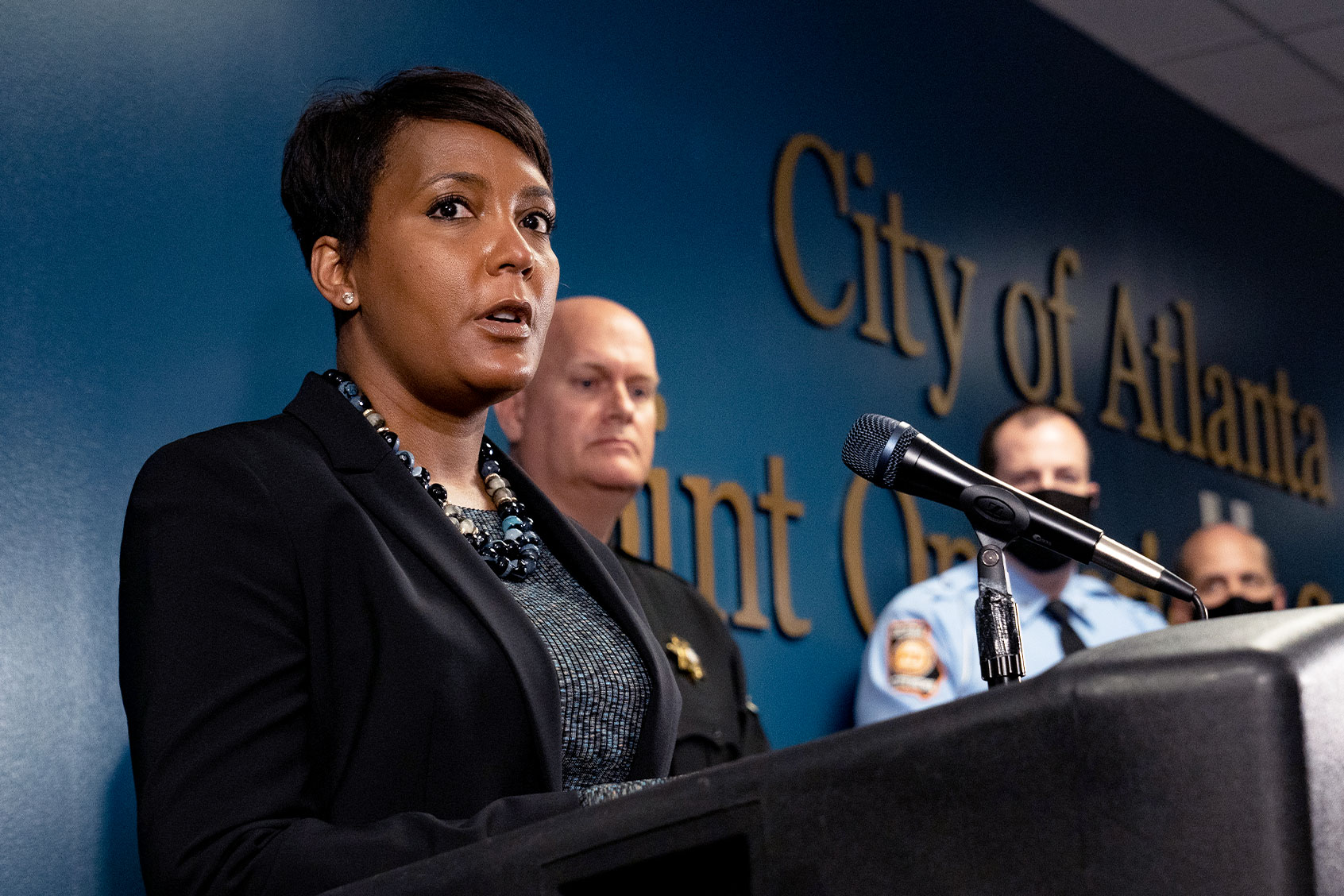 Over the weekend, Keisha Lance Bottoms, the former mayor of Atlanta, fired off a one-sentence tweet punctuated by a shrug emoji: “I was just turned away at @CapitalGrille at Perimeter Mall because I have on leggings.”

Commenters, including Atlanta newscaster Kristin Holloway, quickly responded with screenshots of the dress code posted on the upscale chain steakhouse’s website, which thanks guests for “not wearing” the following items: gym attire, sweatpants, tank tops, hats, clothing with offensive language or images and exposed undergarments.

“I know that’s frustrating, they do have a polite notice on their website at the bottom asking guest[s] not to wear gym attire or sweat pants,” Holloway wrote. “Hopefully they’re enforcing it with all guest[s] and not picking and choosing.”

Related: The Korean Vegan hopes her 60-second recipes will make you less racist

A cursory search through social media photographs taken at the restaurant’s various locations appears to show customers dressed in all manner of clothing, including ball caps, gym attire, ripped jeans exposing fishnet stockings — even leggings. However, there is one noticeable discrepancy. The aforementioned patrons were white, while Bottoms is Black.

Bottoms alluded to this seemingly unequal enforcement of the dress code in a follow-up tweet.

“Odd that a restaurant in a mall parking lot turns away customers in ‘mall’ attire,” she wrote. “Asked if I could sit in the bar area and was told, ‘No.’. Rules are the rules, just wonder if the woman who came in immediately after me, who I did not see come back out, was also denied service.” 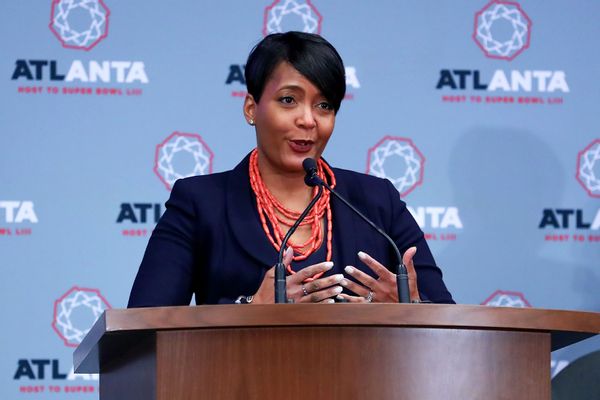 City of Atlanta Mayor Keisha Lance Bottoms speaks during the Super Bowl LIII Atlanta Host Committee Press Conference on Jan. 28, 2019 at the Georgia World Congress Center in Atlanta. (Photo by (Rich Graessle/Icon Sportswire via Getty Images)Capital Grille has yet to release a statement about the incident, but Salon Food has reached out with a request for comment.

Unfortunately, this is only the latest example of what critics describe as the use of dress codes at bars and restaurants as a means of perpetuating racism. Across the country, there have been numerous reports of managers and staff barring patrons of color for purportedly not being dressed “appropriately,” despite the fact that white customers were seen dining in similar attire.

It’s a practice that is classist gatekeeping at best and racial discrimination at worst — and it all boils down to whom dining establishments want to invite in and whom they want to keep out.

In 2019, author R. Eric Thomas tweeted a photograph of the posted dress code at Baltimore’s Choptank. In a similar fashion to Capital Grille, it specified that athletic attire, excessively baggy clothing, backwards or sideways hats and work and construction boots were banned. “Pants must be worn at the waist,” it stated. “No shorts below the knee.”

“There’s a long, toxic and well-documented history of restaurant dress codes like this one being little more than thinly-veiled (if veiled at all) anti-Black racism!”

Immediately, Choptank began to receive blowback online. New Yorker food writer Helen Rosner tweeted, “There’s a long, toxic, and well-documented history of restaurant dress codes like this one being little more than thinly veiled (if veiled at all) anti-black racism!”

Those comments were followed by an opinion piece from the Baltimore Sun editorial board, which urged the restaurant to rethink the dress code and its implications.

“The original dress code didn’t explicitly say that African Americans or other minorities aren’t welcome at the eatery,” the editorial board wrote. “But the way the code was written definitely left the impression that they were the group of patrons the Atlas Restaurant Group, owner of the crab house and several other Baltimore restaurants, was trying to target.”

The editorial went on to note that many of the items of clothing on the “banned” list had been popularized by Black entertainment figures and adopted by their fans.

“The fact that some other establishments in Fells Point employ similar dress codes didn’t make it any better; they also need to dump those rules,” it concluded.

In response, Choptank management had a change of heart. The tone of its updated dress code is radically different. “Atlas Restaurant Group promotes a dining atmosphere and the suggested dress is business casual,” it says. “We kindly ask our guests to abide by these suggestions to create an enjoyable environment for all guests.”

The following items are currently prohibited: gentlemen’s tank tops or sleeveless shirts; men’s hats; exposed undergarments; and clothing with language or graphics that are vulgar or sexually explicit. Footwear is also required, however, there is no listed restriction on the style.

Across the country, there have been many other reports of allegedly racist dress codes. Some are more veiled; the now-shuttered Chicago bar Bottled Blonde, for instance, had listed in its rules that Jordan Brand shoes were banned, while Chuck Taylors and Vans were permitted. Some are more blatant, such as the case of a Detroit sports bar that instructed patrons not to wear “ghetto gear.”

As TV station WXYZ Detroit reported at the time, the individual who posted a viral image of the bar’s sign spoke under the condition that their face would not be shown.

“I’m afraid,” they said. “I don’t like going into places and seeing that. It felt like a modern-day ‘no colored’ sign to me. I just didn’t feel comfortable. I didn’t feel wanted, and honestly, I was a little offended — very offended — by that sign.”

These regulations are a troubling intersection between the racism that is often inherent to ideals of professionalism and presentability — perhaps most publicly displayed in the insidious and persistent dismissal of Black women’s natural hair and hairstyles as unfit for corporate workplaces — and fine dining.

These regulations are a troubling intersection between the racism that is often inherent to ideals of professionalism and presentability — perhaps most publicly displayed in the insidious and persistent dismissal of Black women’s natural hair and hairstyles as unfit for corporate workplaces — and fine dining.

Zachary Brewster, an associate professor of sociology at Wayne State University who has studied the restaurant industry extensively told the food publication Heated in 2019 that roughly half of the servers he surveyed nationally admitted to discriminating against Black diners. In those discussions, pervasive myths about Black diners were cited, such as stating that they “don’t tip well, for example, or that they’re more demanding customers. Such stereotypes allow servers to express their anti-Black bias while claiming that their discrimination is about money, not race.”

“What goes on in a restaurant is kind of indicative of what goes on in the broader culture,” Brewster said. “Whites are certainly still privileged when dining out.”

Investigative reporter Lisa Rab, who wrote that piece for Heated, cited other examples of subtle ways restaurants can make Black patrons feel unwelcome, such as when the Ritz-Carlton in downtown Charlotte added a 15% surcharge to food and drink tabs during the Central Intercollegiate Athletic Association tournament for historically Black colleges and universities or when several high-profile fine dining restaurants in New Orleans shut down for the 2016 Fourth of July weekend with nearly 500,000 Black tourists in town for the annual Essence Festival.

In the long history of dress codes being implemented unevenly among Black and white patrons, Bottoms has become yet another name on an ever-growing list.