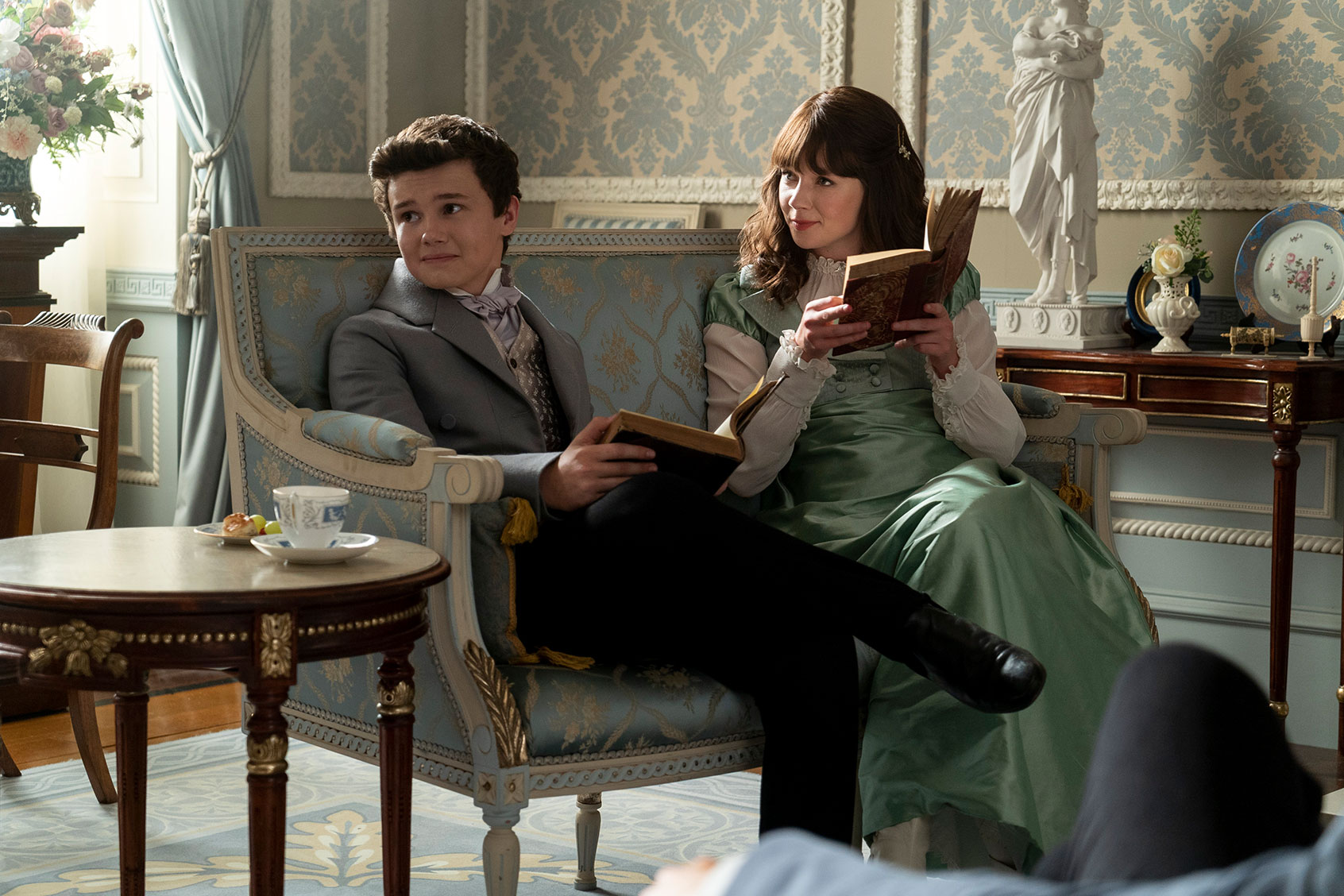 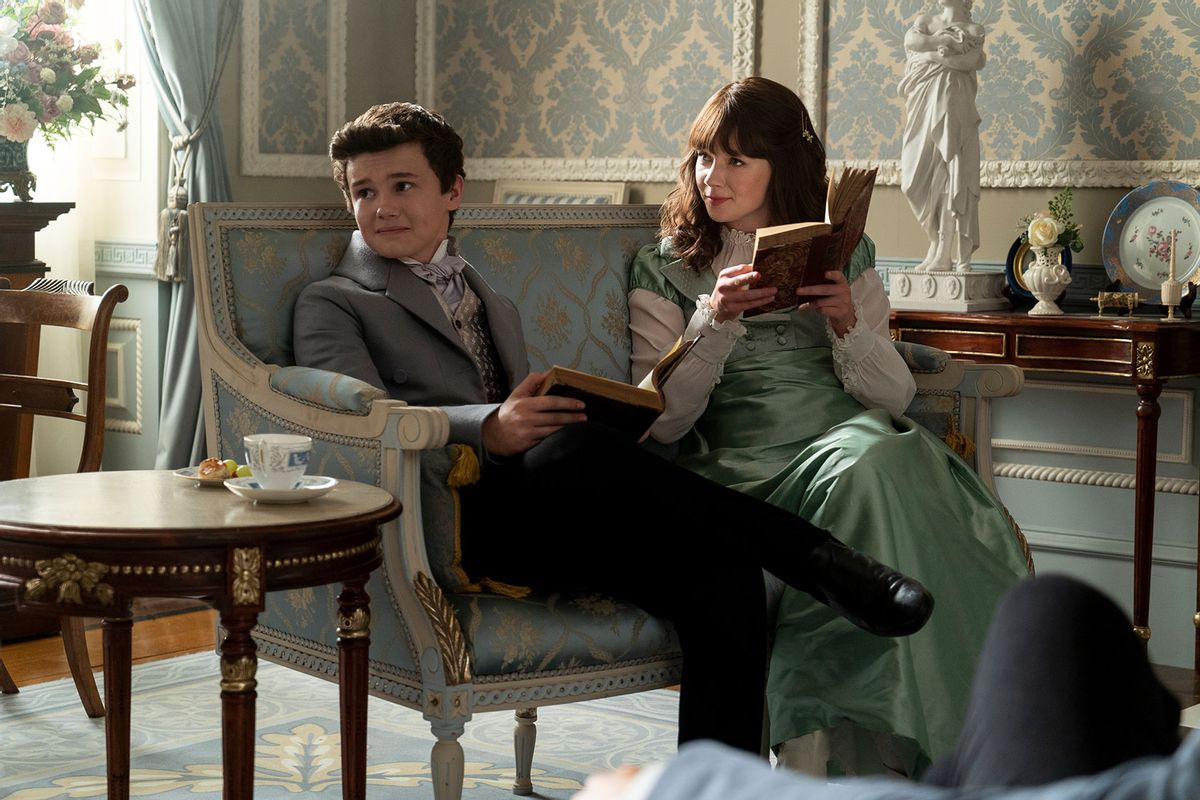 In “The Force of Such Beauty,” a new novel publishing in July, writer Barbara Bourland critiques the happily ever after in the form of a modern fairy tale: a former Olympian is swept off her feet by a young, European royal and becomes a princess, literally. Though things are not as charming as they seem for the main character, and she soon ends up a “prisoner princess.”

Marrying money is the dream (at least, on paper) for most of the characters in “Bridgerton,” Netflix’s hit show now in its second season. For the young women, it’s really the only way to improve their circumstances and that of their families. The sole future they can hope for is a good marriage.

On the romance front, the first season of “Bridgerton” featured a near-miss with a prince and a tidy ending with a duke. But love in the second season is more unrequited, and fans are clamoring for a direction the show seemed to be hinting at with likable Benedict but then abruptly changed course: a queer romance.

Related: Secrets of a gossip writer: The unchecked power of Lady Whistledown on “Bridgerton”

Regency romances are a huge category, so much so that it shocked my sister and me when I set out to explore it. As my sister said, “Wasn’t that a period of only a few years?” Fleetingness aside, its historic presence resonates in thousands of popular books (thanks to Jane Austen and Georgette Heyer). “Bridgerton” itself was adapted from a book series by Julia Quinn, but unlike those novels, some of the most popular Regency romances today are queer.

Here are some new or forthcoming Regency romance books with an important and much-needed difference: they feature queer characters. And unlike the common and derided “bury your gays” TV trope, here love is allowed to bloom and live.

1. “Her Duchess to Desire” by Jane Walsh (Bold Strokes Books)

Published in March 2022, “Her Duchess to Desire” is the latest from Walsh, a queer writer whose historical romances also include the charming “Her Countess to Cherish” and “Her Lady to Love.” The most recent novel concerns the Duchess of Hawthorne, nicknamed the “Ice Queen” of London society, who, in an attempt to forget her cheating duke husband, decides to renovate her Mayfair estate, in the process falling for her interior designer, who happens to be an unmarried mother.

The highly anticipated new novel by Hall – author of the “Regency romp” “Something Fabulous” and the contemporary “Boyfriend Material” – deals with finding yourself, finding love after grief, and dealing with alcohol and opium addiction. It’s also a Regency romance with a trans heroine, a main character who discovers she may have a second chance for love with a longtime friend. As one reader wrote on Goodreads, “Despite its tough topics, ‘A Lady for a Duke’ is a comfort read.”

“The Perfect Crimes of Marian Hayes” is a follow-up to the novel “The Queer Principles of Kit Webb,” by Sebastain, who’s written over a dozen queer historical romances. A bonus for lovers of Regency romance? Many books, like this one, are part of a linked series, which continue the adventures of familiar characters in beloved settings. In this installment, Marian Hayes, the Duchess of Clare, has just shot her husband and fallen for her blackmailer, as one does on the road while on the lam during the Regency.

4. “Mirror Monster On My Wall” by Tam Nicnevin (2021, Den of Shadows Publishing)

A heroine described as “half-Black, autistic, and wholly uninterested in the romantic company of men” can handle her difficult stepmother, until the young woman learns she’s been betrothed to the cruel Lord Matthew Hillborough, Earl of Pennwood. Her only real friends? Four creatures in her mirror who may be more real (and helpful) than she realized. Set in the Regency, this novella blends fairy tales and historical romance (and sex) in its wholly original tale.

A Regency romance with a master of a disguise and a Bluestocking? What could be more swoon-worthy? How about the fact that the smitten pair on the cover of Ridley’s “The Perks of Loving a Wallflower” is a real-life couple, so chosen “so they could nuzzle for the camera without violating COVID safety protocols,” according to The New York Times, which covered Ridley’s delightful latest in an article about bestselling queer romances. “The Perks of Loving a Wallflower” is so popular, it was sold “not only in bookstores but also in pharmacies, grocery stores and Walmart.”

Even notoriously discerning Eloise Bridgerton would be impressed. 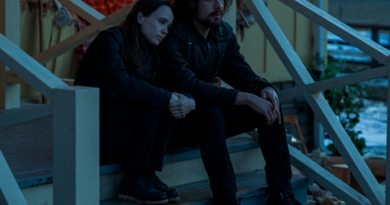 Umbrella Academy Season 3: Everything We Know