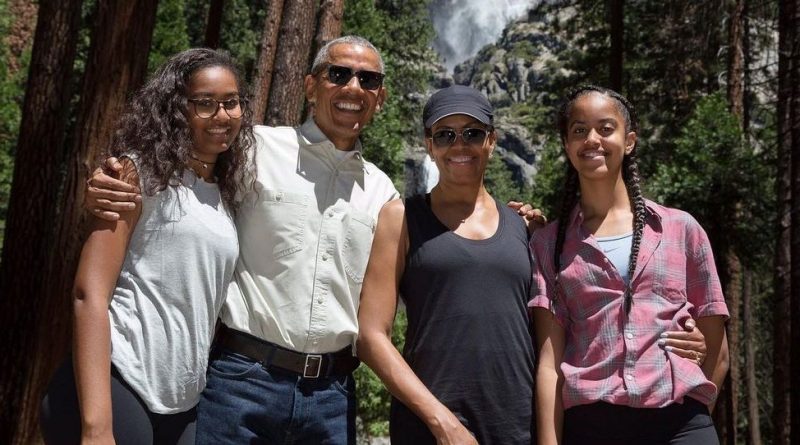 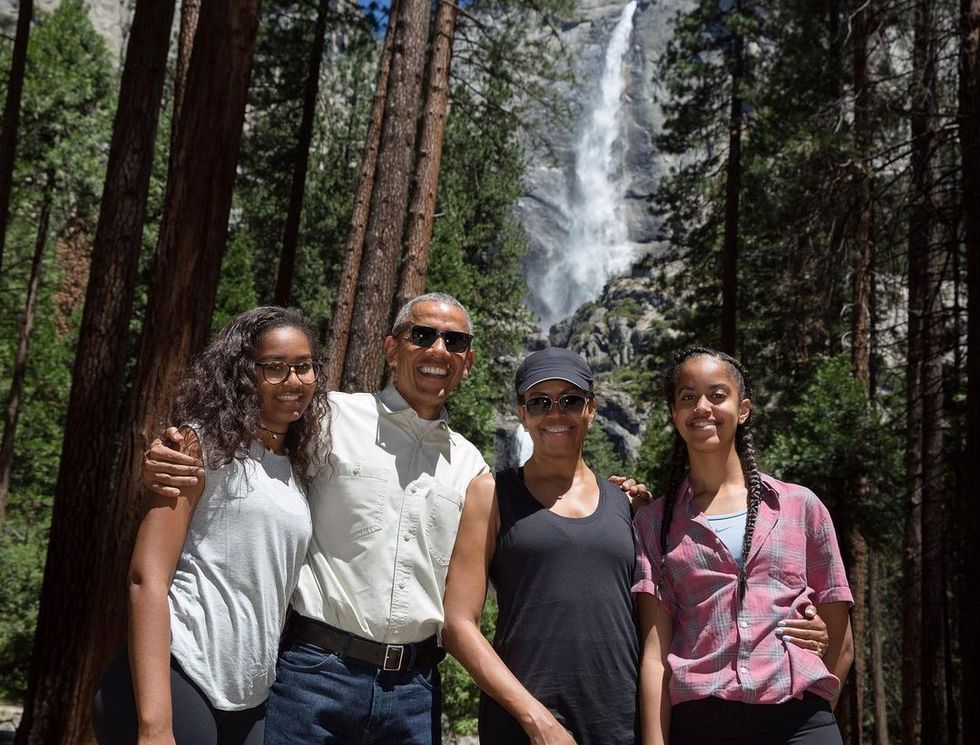 It isn’t often the Obamas post family photos on social media, but former First Lady Michelle Obama shared a new shot of her, Barack Obama, and their adult daughters Malia and Sasha Obama yesterday to promote their Netflix show Our Great National Parks.

“Over the years, @BarackObama and I have been lucky enough to show our girls some of the magic of our world’s natural wonders. This time, Barack wants you to join in on the fun with his new @HigherGroundMedia show, Our Great National Parks, which is streaming now on Netflix,” she wrote. “Whether you’re visiting a national park or taking a walk around your neighborhood, there’s so much out there to explore. We hope the show inspires you to take a trip outdoors. If you do, be sure to take part in the #WildForAll Challenge at WildForAll.org. Can’t wait to hear all about it! ????”

“I feel like she’s just somebody who’s gonna have really good things coming soon,” he added. “Her writing style is great.”

Sasha, 20, is a student at the University of Michigan.

Barack spoke about Malia and Sasha’s personalities to InStyle in November 2020.

“Sasha is, as Malia describes it, completely confident about her own take on the world and is not cowed or intimidated—and never has been—by anybody’s titles, anybody’s credentials,” he said. “If she thinks something’s wrong or right, she will say so. When she was 4, 5, 6 years old, once she made a decision, she would dig in and couldn’t be steered off it. I write about it in the book, how we were trying to get her to taste caviar when we were visiting Russia. She was like, ‘Mnn-nnh. No. Sorry. That looks slimy. It’s nasty. I’m not going to do it—even if I’ve got to give up dessert.’ And that part of her character has always been there.”

“And Malia, she is just buoyant,” Barack continued. “She’s somebody who enjoys people, enjoys life, and enjoys conversation. She’s never bored, which is a badass quality that can take you places.”