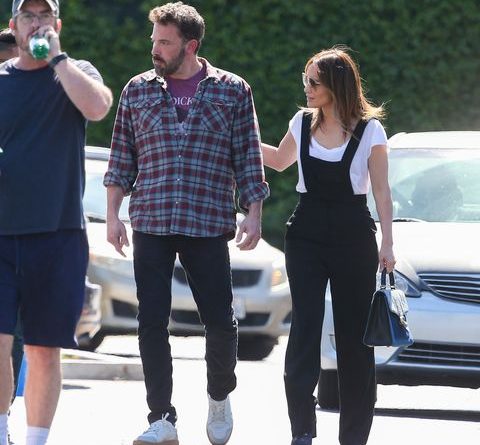 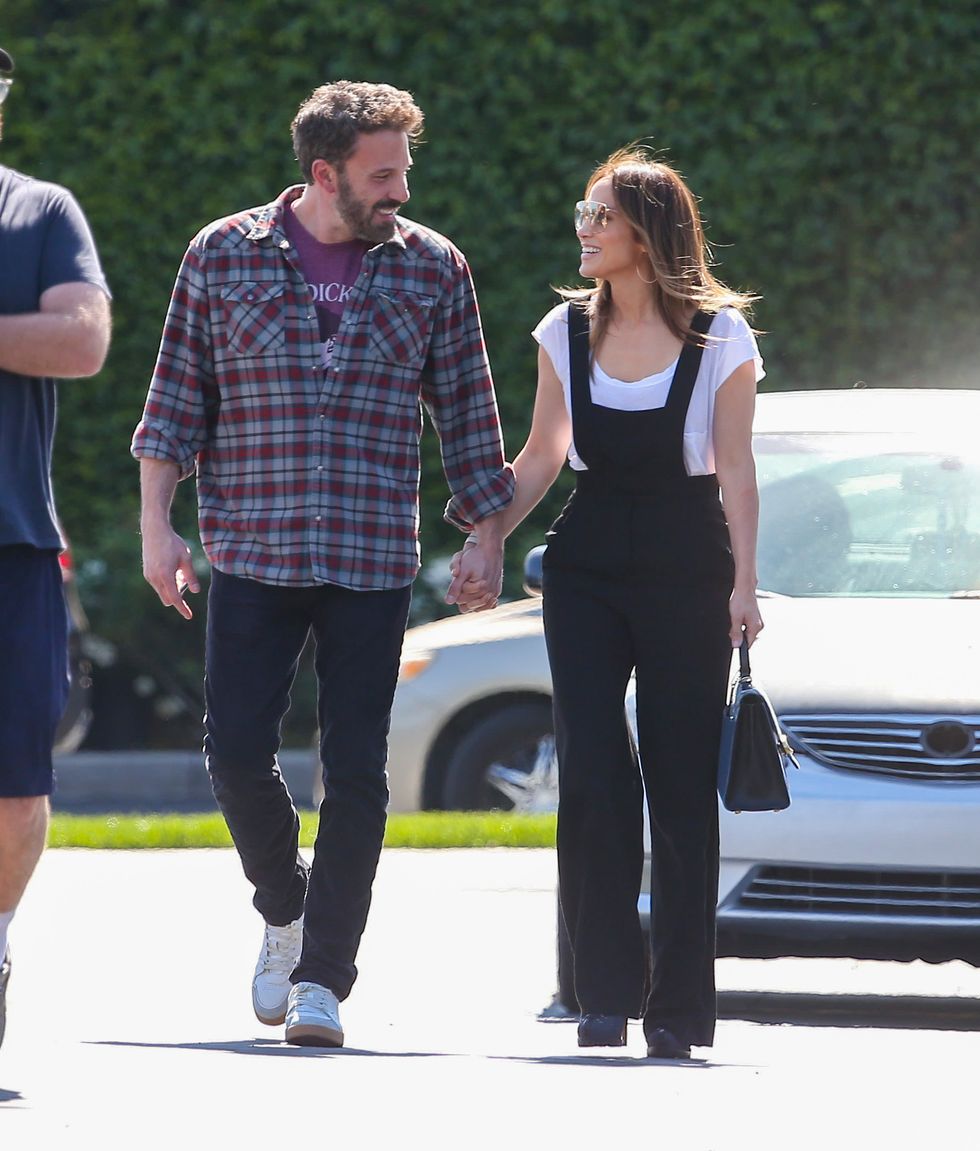 Jennifer Lopez and Ben Affleck had an affectionate public outing just days after Lopez confirmed the couple got engaged again. The two were photographed out in Los Angeles, holding hands and generally looking as smitten as you’d expect them to be. Lopez wore black overalls and a white T-shirt, while Affleck kept it casual in a red plaid top, red T-shirt, and complementary dark denim.

Lopez spoke about how Affleck proposed to her while she was taking a bubble bath in her newsletter On the JLo earlier this week.

“Saturday night while at my favorite place on earth (in the bubble bath), my beautiful love got on one knee and proposed,” Lopez recalled, via Page Six.

“[I] just looked in his eyes smiling and crying at the same time trying hard to get my head around the fact that after 20 years this was happening all over again,” she added. “I was quite literally speechless and he said, ‘Is that a yes?’ I said ‘YES of course that’s a YES.’”

“I was smiling so big and tears were coming down my face, feeling so incredibly happy and whole. It was nothing fancy at all, but it was the most romantic thing I could’ve ever imagined,” she continued. “Just a quiet Saturday night at home, two people promising to always be there for each other. Two very lucky people. Who got a second chance at true love.”

Page Six reported on April 12 that Lopez and Affleck intend to keep their wedding planning private. “After the last time [they got engaged], there won’t be any announcements of when and where they are getting married,” the source said, alluding to when Affleck and Lopez called their September 2003 wedding off a day before the ceremony because of the media attention it was getting. “They will just do it and then announce.” They ultimately split for good in January 2004 before reconciling in spring 2021.

John Lamb There’s so much conflicting advice about removing body hair. Is shaving with a traditional razor an underrated classic?