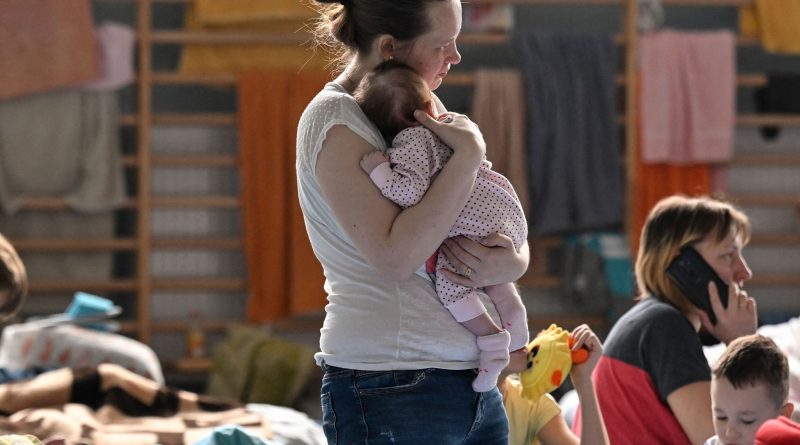 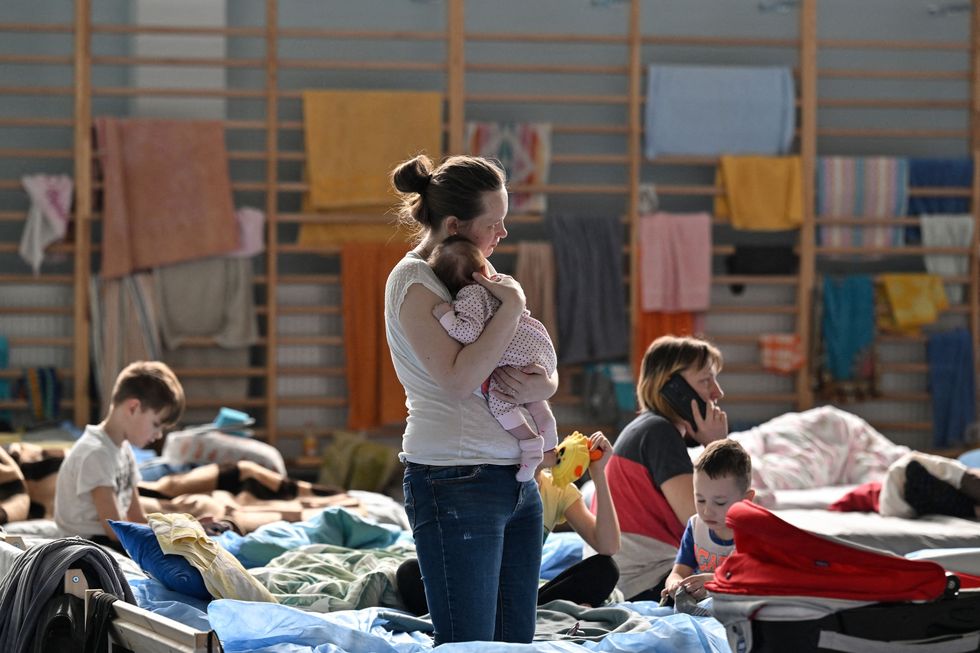 Recent data shows that, globally, more than 84 million people have been uprooted from their homes—fleeing war, violence, persecution, or disaster. That catastrophically high number is rising by the day as humanitarian crises continue to proliferate around the world. The escalation of conflict in Ukraine has already caused an estimated 3.7 million refugees to seek safety in neighboring countries, and around 6.5 million Ukrainians are thought to be displaced inside the war-torn country.

In times of crisis, women and girls can become even more vulnerable to coercion, sexual violence, and unintentional pregnancy.

Right now, an unprecedented number of women and girls are in danger. Since the start of the invasion in Ukraine six weeks ago, both those who have fled and those at home face extreme risks. Studies show that over 20 percent of displaced women and girls will face sexual violence, a number that is believed to be an underestimate. Global organizations monitoring the situation like Human Rights Watch are already reporting cases of sexual violence among civilians within Ukraine. At UNFPA, we have organized a coordinated response to deliver post-rape treatment kits. In Kyiv and other cities severely affected by the conflict, we have set up shelters and crisis rooms. We are also delivering dignity kits that contain sanitary pads, underwear, and hygiene items to gender-based violence survivors.

A woman holds her child in a temporary shelter near the Polish-Ukrainian border on March 12.

Violence against women is not only a weapon of war, it is also a brutal reality in all communities, and especially in desperate circumstances. Women and girls in crisis are more vulnerable to being physically or economically coerced into sex work, and intimate partner violence is known to increase during armed conflict. In a new UNFPA report, we found that women experiencing violence are also more likely to have an unintended pregnancy. This is not just because rape can lead to pregnancy, but also because women in abusive environments may have less power to say no to sex, seek health services, or choose their own contraception. Societies are so accustomed to pregnancies happening by accident (nearly half of all pregnancies are not planned, according to our new UNFPA report), that we often fail to see how such a pregnancy can derail the lives of vulnerable women and girls. Now imagine those women and girls are on the run, or sheltering from a hail of bullets.

We must also acknowledge that many unintended pregnancies result from consensual sex when access to contraception is diminished or interrupted because of war. After all, if bombs were raining down on your neighborhood—if your human rights were under attack—what would you take as you ran out the door or over the border? Would you even think about contraception? These are the split-second decisions millions of women and girls face around the world. It is also one of the multiple forces driving the global crisis of unintended pregnancies.

I recently visited a refugee center in Moldova, where Ukrainian women told me they fled with just what they could carry. One woman, in tears, explained how she had to leave her three-year-old son behind. The women in the refugee center had left their husbands, brothers, and fathers to an uncertain fate. Some were pregnant, many were with children. They were forced to abandon homes they built, and may never return to. I heard heartbreaking stories of dreams shattered, lives upended overnight. The fear in their eyes was unforgettable. Getting a refill of their pill prescription was the last thing on their minds, and rightly so. Nor is it on the minds of the decision-makers responding to humanitarian crises. It should be.

Pregnant women walk through the basement of a maternity hospital in Mykolaiv, Ukraine on March 14.

Crises do not end when a ceasefire is called. The displacement, devastation, and shattered infrastructure can leave people grappling with entrenched inequality, violence, and a lack of health care or social support for months, years, even decades.

This is the harsh reality that women and children in crisis face. In 2020, experts estimated that between 290,000 and 340,000 kids were born into a refugee life each year. How many of their mothers chose to become pregnant? How many were already struggling just to survive, and now have an extra life to protect? These families face many hardships: They may never have a secure place to call home. Informal labor and unsafe living conditions may underpin their start in life, and the lives of the mothers who bore them.

“Sexual and reproductive health care, contraception, and protection from sexual violence—these should not be peacetime luxuries.”

Unplanned pregnancy can steal a woman or girl’s future by driving her from school or the workforce. It can also steal her life: Unintended pregnancy is linked to higher maternal mortality, and pregnancy is deadlier in humanitarian settings. In Afghanistan, for example, we can see the possibility of an additional 1 million unintended pregnancies every year for the next three years, with a potential 50 percent increase in maternal deaths.

It is still too early to determine the physical, mental, and reproductive health toll this war will take on the women and girls of Ukraine. But early reports of rising gender-based violence, rape, and sexual coercion are deeply alarming. Sexual and reproductive health care, contraception, and protection from sexual violence—these should not be peacetime luxuries. They must be a non-negotiable part of every crisis response. Disaster survivors need food to build their strength. They need first aid to recover their health. But they also need contraceptives to control their own destiny, to emerge from the wreckage of conflict in a position of strength and resilience. To build the future they deserve.

It is time we listen to women and invest in the services they tell us they want and need. Let’s uphold this fundamental right and put power back in the hands of women.

All the Best Looks From Milan Fashion Week Spring/Summer 2023 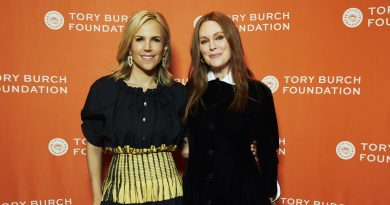 Tory Burch Wants ‘﻿a World Where Women’s Equality Is a Given, Not a Favor’

Want to update your roast spring chicken? Cover it in this easy lemon-dill butter