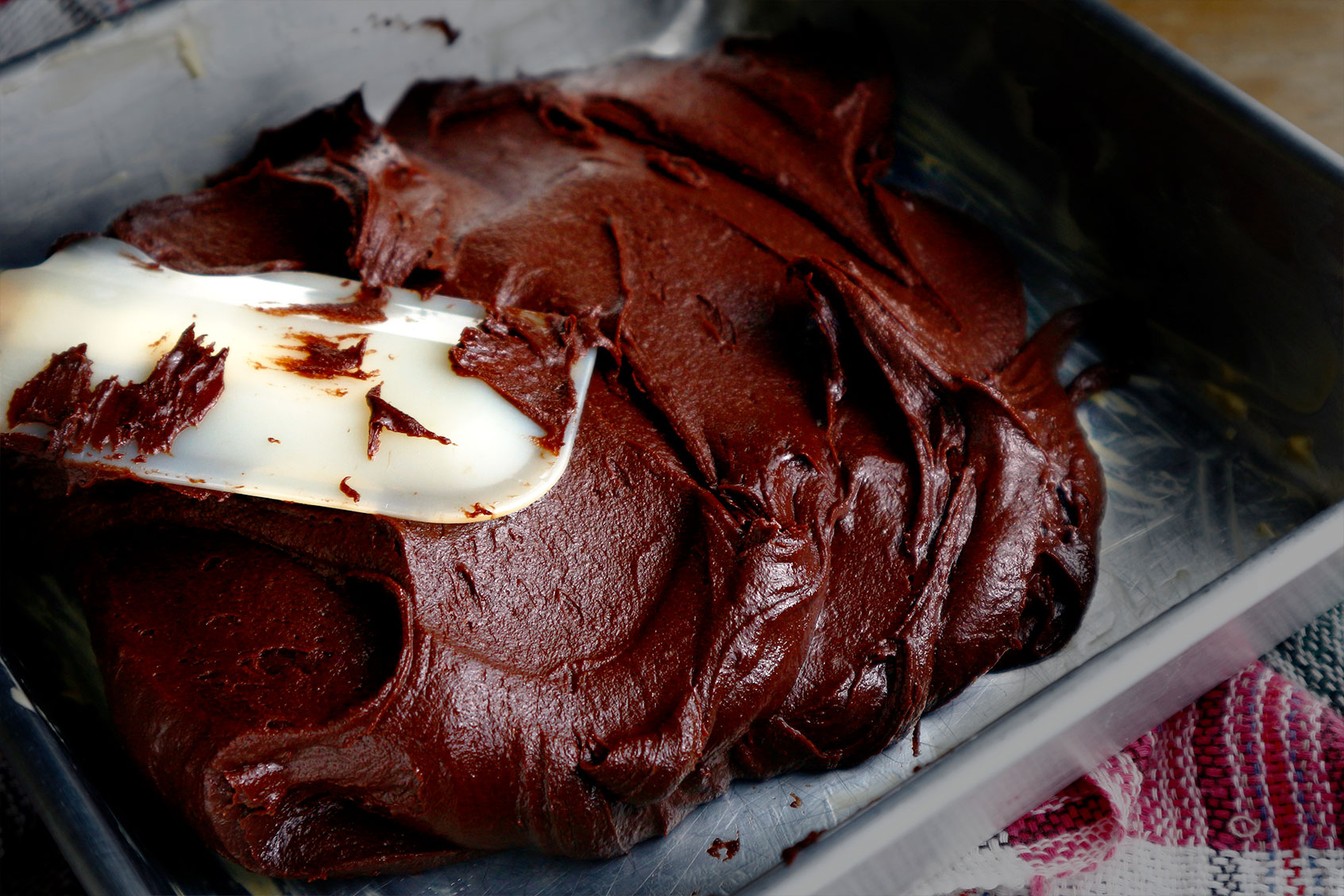 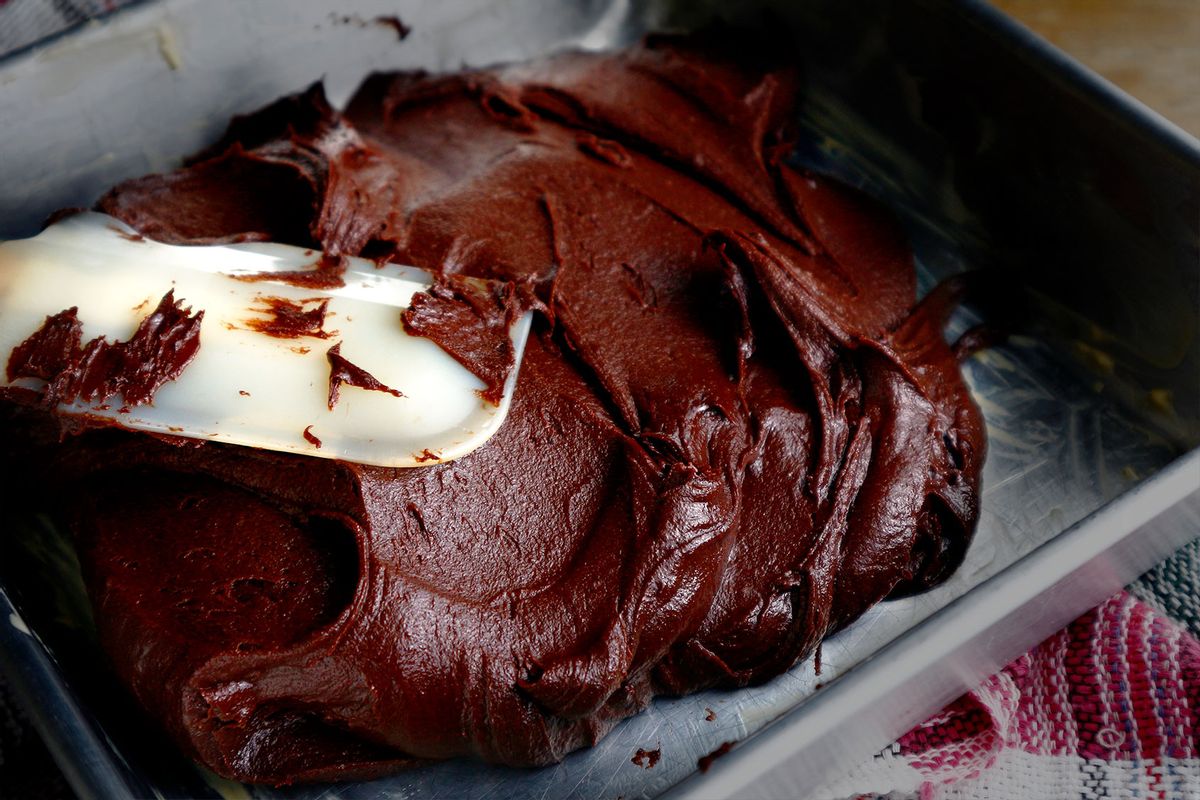 Since shifting to “weekday veganism,” I’ve been introduced to the wild and wonderful world of accidentally vegan items, from Cap’n Crunch Peanut Butter Crunch and Thomas Blueberry Bagels to loads of instant ramen options. Excitingly, Duncan Hines brownie mix is also free of any animal products (in spite of not advertising itself as such).

That makes it the perfect base for a simple vegan weeknight treat once you select a substitute for the three eggs called for on the box. How do you do that? Well, you have a plethora of options, ranging from mashed black beans to store-bought egg substitutes like Just Egg. Here are 8 of the best:

Aquafaba sounds like a fancy specialty ingredient, but the truth is . . . it’s probably sitting in your pantry right now! Aquafaba is the thick liquid that is the result of cooking chickpeas; it’s the “water” that is often drained from canned chickpeas. Thanks to its density and ability to be “whipped” to a stiff peak, it’s actually a solid egg replacement.

The general rule of thumb is that 2 to 3 tablespoons of aquafaba is the equivalent of a single egg. Thus, you may need to pop open a couple cans of chickpeas to get the right amount. Don’t toss those chickpeas, though! Save them to make this delicious (and vegan) creamy pasta dinner.

Related: This one-pot chickpea pasta has the most craveable “creamy” sauce

The idea of mixing black beans into brownie mix may raise a few eyebrows, but the result is a shockingly moist and dense brownie. The ratio is simple: Blend a single can of undrained black beans until creamy and completely smooth. Add those, plus the recommended water, to the boxed mix in the place of both eggs and oil. Bake according to the box directions — and prepare to be surprised!

For every egg called for on a boxed brownie mix, you can substitute 2 tablespoons of applesauce. In addition to totally nailing the desired texture, applesauce gives the brownies a really subtle fruity sweetness and a pleasant cinnamon kick.

Have a couple of bananas in your kitchen that are on their way out? Instead of making banana bread, use one mashed banana as a substitute for a single egg in your boxed brownie mix. Baked bananas take on a gorgeous caramelized flavor, especially when mixed with chocolate.

Store-bought egg replacers like Just Egg, Ener-G or Bob’s Red Mill Egg Replacer work as egg replacements in baking with various degrees of success. Some (like Bob’s Red Mill) work great in items that have a dryer crumb, like certain types of bread, but make boxed brownies a little too crumbly. Just Egg, however, works really well — especially if you add an extra 1/2 tablespoon of oil to the brownie batter.

I love using silken tofu in vegan desserts like dark chocolate pudding or as the base of a vegan cream cheese icing. That said, it’s hit-or-miss as an egg substitute — but there are a few ways to set yourself up for success. Many recipes recommend using 1/4 cup of silken tofu as a substitute for a whole egg. I prefer using 3 tablespoons of silken tofu blended until slightly frothy with 1 tablespoon of water and a tiny splash of vanilla. This keeps the resulting mix a little lighter and distributes the tofu more evenly throughout the batter.

Dairy-free yogurt has the double benefit of both being really easy to substitute for eggs — use 2 tablespoons of yogurt per whole egg — as well as serving as an opportunity to add a little additional flavor to brownies. Coconut milk yogurt is one of my personal favorites to add a little tropical flavor to basic boxed brownies. If you’re feeling a little extra, a sprinkle of dried and shredded coconut would be a delicious addition to the batter, as well.

I once bought a bag of flax seeds because I’d heard they were healthy. They sat in my pantry, occasionally seeing the light of day when I made smoothies or salads, but it took a very long time to make a dent in that bag. That is, until I learned I could grind them in a spice or coffee mill, mix them with water and add them to boxed brownie mix as an egg replacement. Blend 1 tablespoon of ground flaxseed with 3 tablespoons of water until a thick, almost jelly-like substance forms. This can be used to replace a single whole egg.

More stories about all things vegan: