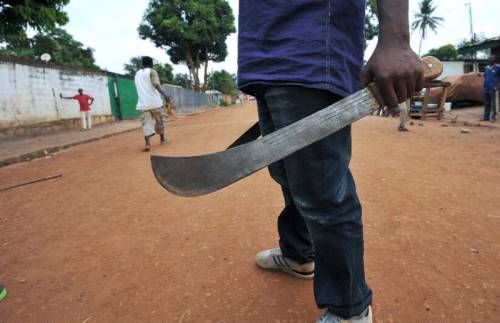 A guard has broken into the home of a former lawmaker and minority chief whip of the Edo State House of Assembly, Ezehi Igbas, in the Esan North-East Local Government Area of the state, killing his 38-year-old cook, Mary Atule.
It was gathered that the yet-to-be-identified suspect slit the throat of the victim, Punch reports.

It was learnt that the suspect and his accomplice, identified as ‘Atiku,’ stormed Igbas’ country home in Uromi to rob him at about 8pm on March 31.
They were, however, said to have missed their target on arrival as Igbas was said to have been away on a political engagement but met Atule, who immediately recognised ‘Atiku.’
Sensing that their identities had been exposed, our correspondent learnt that the unidentified suspect hit her head with the cutlass before slitting her throat.
The two suspects were also said to have dumped her corpse in the wardrobe of one of the apartments in the lawmaker’s compound and fled before they were arrested by the police on Friday.
It was gathered that Atule, who was employed on March 4 as a cook, planned to return to her home after preparing her boss’ dinner before she was murdered.
Igbas, who represented Esan North-East II constituency in the Assembly, told Punch on Saturday that he and the boyfriend of the deceased were detained for three days at the State Criminal and Investigation Department when the case was reported at the Uromi Police Station on April 1.
He, however, said they were released when the suspects were arrested.
“When I got home (On March 31), Mary had finished cooking and serving the food. She told me that day that she might go home because sometimes she went home and sometimes, she stayed in the house. I left the house and visited some political friends. I returned at about 12 am (on April 1). They (suspects) had done this thing (killed the cook),’’ the former lawmaker said.
“What I learnt was that as a politician and we are having elections, the (suspects) thought I had money and came to rob. They are at the state CID. The one they call ‘Atiku’ is the brother of a boy, Timothy, who I gave one of my apartments free of charge in May last year. He helps me to maintain the compound. It was a dastardly act. Mary was a nice woman; she was a vice president of the Legion of Mary at St Anthony’s Catholic Church in Uromi.
“When I got to the state CID, they said the thing happened in my house, so I had to stay with them until they were able to unravel whatever transpired.
“One of them (suspects) is a guard to a high-profile politician who lives along Uwalor Road and also happens to be a relation to the boy who resides at my security post while the second one is also a guard in a house down my street. We need to be careful about the kind of people we employ as security guards in our homes,” he added.
Confirming the arrest, the state Police Public Relations Officer, Kontongs Bello, said, “Two suspects are in our custody. The gateman (Timothy) was part of the person that carried out the murder. It was his brother that was involved in it. It was the gateman that led the police to his brother and one other that masterminded the killing of the (former) lawmaker’s cook to make the arrest. He (Igbas) was detained initially but he has been released.” 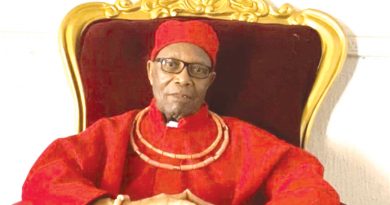