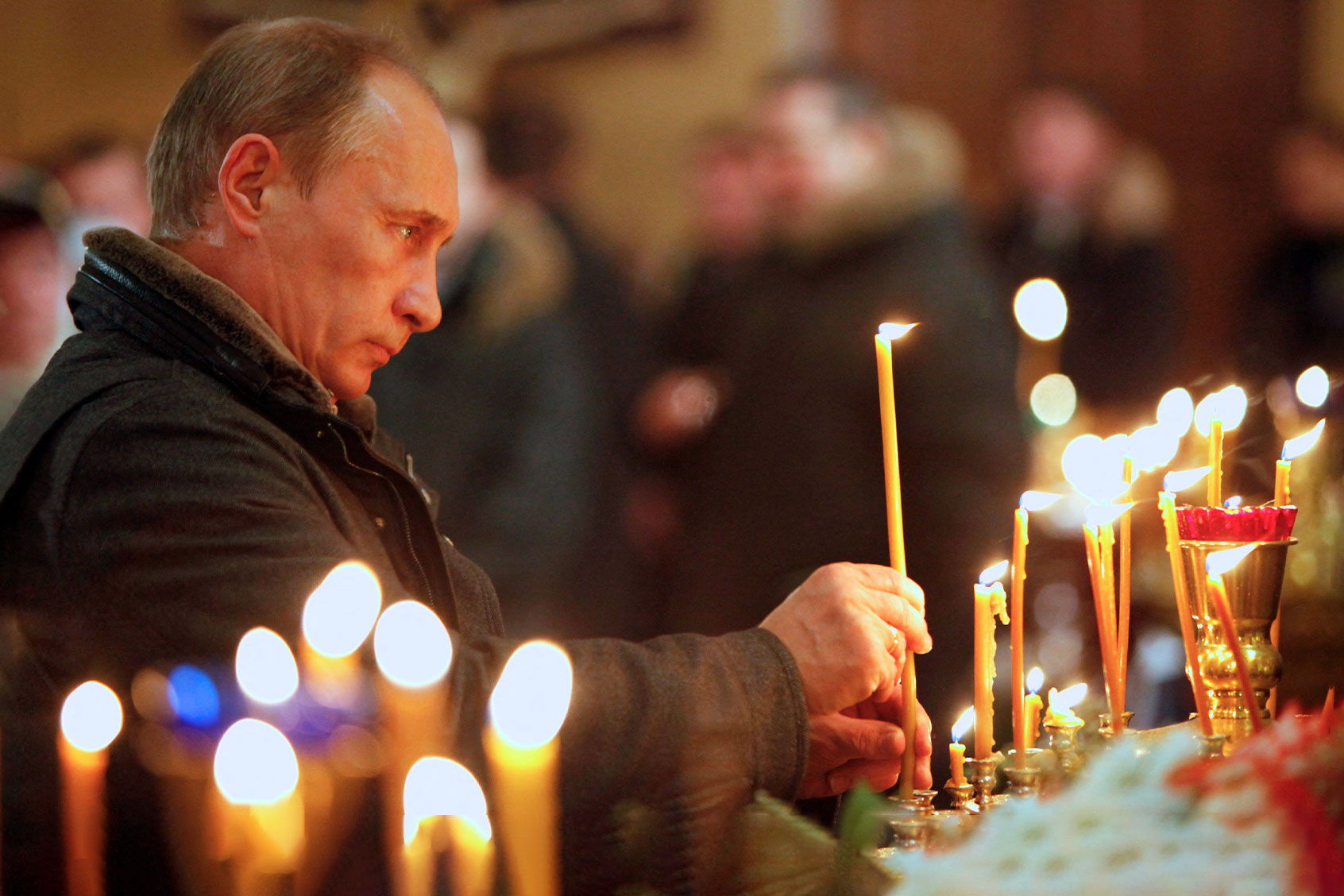 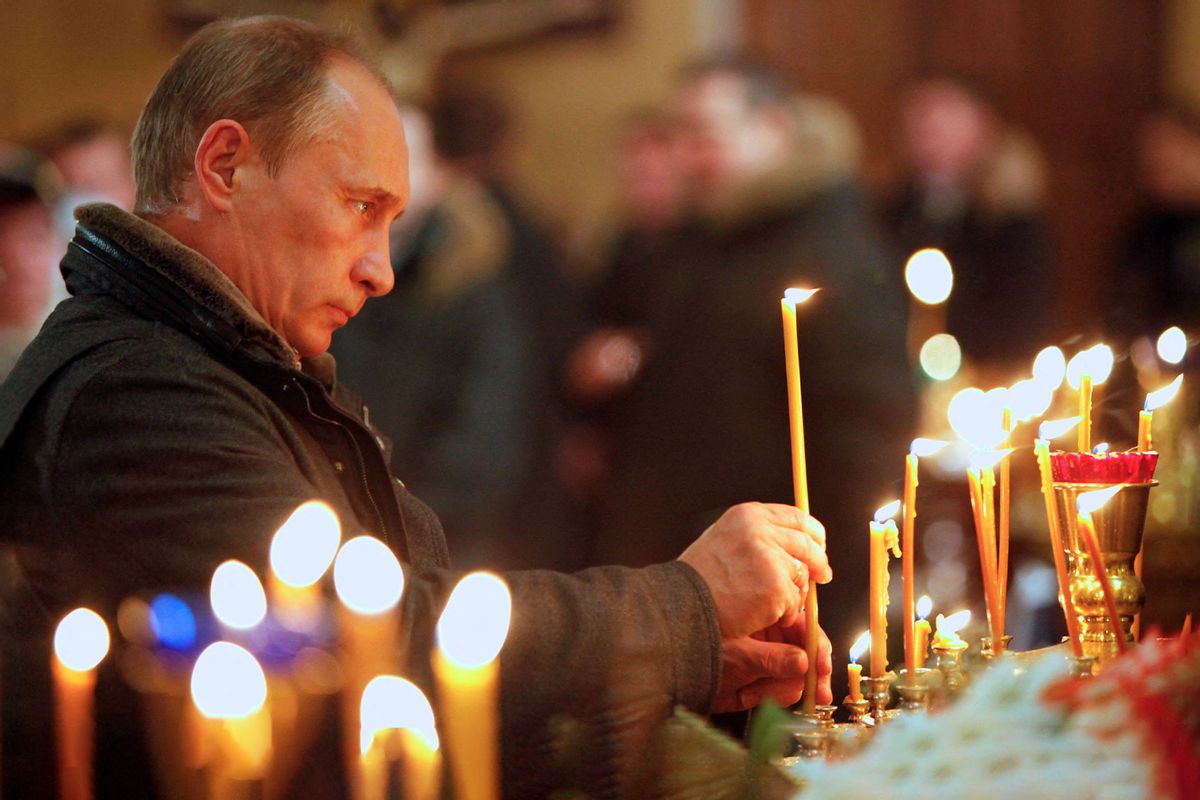 In February 2022, evangelical leader Franklin Graham called on his followers to pray for Vladimir Putin. His tweet acknowledged that it might seem a “strange request” given that Russia was clearly about to invade Ukraine. But Graham asked that believers “pray that God would work in his heart so that war could be avoided at all cost.”

The backlash was fast and direct. Graham had not solicited prayers for Ukraine, some observers commented. And he had rarely called on believers to pray for President Joe Biden.

A significant subset of the U.S. evangelical community, particularly white conservatives, has been developing a political and emotional alliance with Russia for almost 20 years. Those American believers, including prominent figures such as Graham and Jay Sekulow of the American Center for Law and Justice, see Russia, Putin and the Russian Orthodox Church as protectors of the faith, standing against attacks on “traditional” and “family” values. At the center is Russia’s spate of anti-LGBTQ laws, which have become a model for some anti-trans and anti-gay legislation in the U.S.

Now, with Russia bombing churches and destroying cities in Ukraine, the most Protestant of the former Soviet Republics, American evangelical communities are divided. Most oppose Russia’s actions, especially because there is a strong evangelical church in Ukraine that is receiving attention and prayers from a range of evangelical leaders.

Nonetheless, a small group of the most conservative American evangelicals cannot quite break up with their long-term ally. The enthusiasm for Russia is embodied by Graham, who in 2015 famously visited Moscow, where he had a warm meeting with Putin.

On that trip, Putin reportedly explained that his mother had kept her Christian faith even under Communist rule. Graham in turn praised Putin for his support of Orthodox Christianity, contrasting Russia’s “positive changes” with the rise of “atheistic secularism” in the U.S.

But it was not always so. Once upon a time, American evangelicals saw the Soviet Union and other communist countries as the world’s greatest threat to their faith.

They carried out dramatic and illegal activities, smuggling Bibles and other Christian literature across borders. And yet, today, Russia, still a country with low church attendance and little government tolerance for Protestant evangelism, has become a symbol of the conservative values that some American evangelicals proclaim.

Starting in the 1950s, but intensifying in the 1970s and 1980s, U.S. and European evangelicals presented themselves as intimately linked to the Christians who were suffering at the hands of communist governments.

One evangelical group that emerged at this time was Open Doors, whose main aim was to work for “persecuted Christians” around the world. It was founded by “Brother Andrew” Van der Bijl, a Dutch pastor who smuggled Bibles into the Soviet Union and Eastern Europe.

Brother Andrew and other evangelicals argued that what Christians in communist countries really needed were Bibles — reflecting how important personal Bible reading is in evangelical faith.

Brother Andrew turned the smuggling into anti-communist political theater. As he headed toward the border in a specially outfitted vehicle with a hidden compartment that might hold as many as 3,000 Bibles, he prayed. According to one ad that ran in Christian magazines, he said:

“Lord, in my luggage I have forbidden Scriptures that I want to take to your children across the border. When you were on earth, you made blind eyes see. Now I pray, make seeing eyes blind. Do not let the guards see these things you do not want them to see.”

Van der Bijl’s memoir, “God’s Smuggler,” became a bestseller when it was published in 1967.

Taking Jesus to the communist world

By the early 1970s, there were more than 30 Protestant organizations engaged in some sort of literature smuggling, and there was an intense, sometimes quite nasty, competition between groups.

Their work depended on their charismatic leaders, who often used sensationalist approaches for fundraising.

For example, in 1966, a Romanian pastor named Richard Wurmbrand appeared before the Senate Judiciary Committee’s Internal Security subcommittee, stripped to the waist and turned to display his deeply scarred back.

A Jewish convert and Lutheran minister, Wurmbrand had been imprisoned twice by the Romanian government for his activities as an “underground” minister before he finally escaped to the West in 1964.

Standing shirtless before U.S. senators and the national news media, Wurmbrand testified, “My body represents Romania, my country, which has been tortured to a point that it can no longer weep. These marks on my body are my credentials.”

The next year, Wurmbrand published his book, “Tortured for Christ,” which became a bestseller in the U.S. He founded his own activist organization, Jesus to the Communist World, which went on to engage in a good bit of attention-grabbing behavior.

In May 1979, for example, two 32-year-old men associated with the group flew their small plane over the Cuban coast, dropping 6,000 copies of a pamphlet written by Wurmbrand. After the “Bible bombing,” they lost their way in a storm and were forced to land in Cuba, where they were arrested and served 17 months in jail before being released.

As I describe in my book “The Kingdom of God Has No Borders,” critics hammered these groups for such provocative approaches and hardball fundraising. One leading figure in the Southern Baptist Convention complained that the practice of smuggling Bibles was “creating problems for the whole Christian witness” in communist areas.

Another Christian activist, however, admitted that the activist groups’ mix of faith and politics was hard to beat and had the ability to draw “big bucks.”

After communism: Islam and homosexuality

These days, there is little in the way of swashbuckling adventure to be had in confronting communists. But that does not mean an end to the evangelical focus on persecuted Christians.

After the fall of the Berlin Wall in 1989, advocates turned their attention to the situation of Christians in Muslim-majority countries. Evangelicals in Europe and the U.S. increasingly focused on Islam as both a competitor and a threat. Putin’s war against Chechen militants in the 1990s, and his more recent intervention on behalf of Bashar al-Assad’s government in Syria, made him popular with Christian conservatives. Putin claimed to be protecting Christians while waging war against Islamic terrorism.

For American evangelicals, the most salient issue has been Putin’s opposition to LGBTQ rights and “nontraditional” views of the family.

Meanwhile, Putin’s policies of cracking down on evangelism do not seem to overly bother some of his conservative evangelical allies. When Putin signed a Russian law in June 2016 that outlawed any sharing of one’s faith in homes, online or anywhere else but recognized church buildings, some evangelicals were outraged, but others looked away.

This is in part because American evangelicals in the 2010s continued to see Putin as being willing to openly support Christians in what they saw as a global war on their faith. But the more immediately salient issue was Putin’s opposition to LGBTQ+ rights and nontraditional views of the family.

Graham was among those who waxed enthusiastically about Russia’s so-called gay propaganda law, which limits public material about “nontraditional” relationships. Others, such as the World Congress of Families and the Alliance Defending Freedom, have long been cultivating ties with Russian politicians as well as the Russian Orthodox Church.

In the 21st century, then, the most conservative wing of evangelicals was not promoting its agenda by touting the number of Bibles transported across state lines, but rather on another kind of border crossing: the power of Putin’s reputation as a leader in the resurgent global right.

Now, the invasion of Ukraine has put Putin’s allies on the defensive. There are still those, including the QAnon-supporting 2020 Republican candidate for Congress Laura Witzke, who explained in March 2022 that she identifies “more with Putin’s Christian values that I do with Joe Biden.” But Graham himself emphasized to the Religion News Service that he does not support the war, and his humanitarian organization Samaritan’s Purse sent several teams to Ukraine to operate clinics and distribute relief.

For the moment, Putin’s status as the global right’s moral vanguard is being severely tested, and the border-crossing advocates of traditional marriage may find themselves on the brink of divorce.

This article includes material from a piece published on Sept. 4, 2018.

Read more on Vladimir Putin and his allies:

Everything you need to know about growing beans

After Kansas smackdown, anti-abortion right in denial: Either it didn’t happen or it doesn’t matter