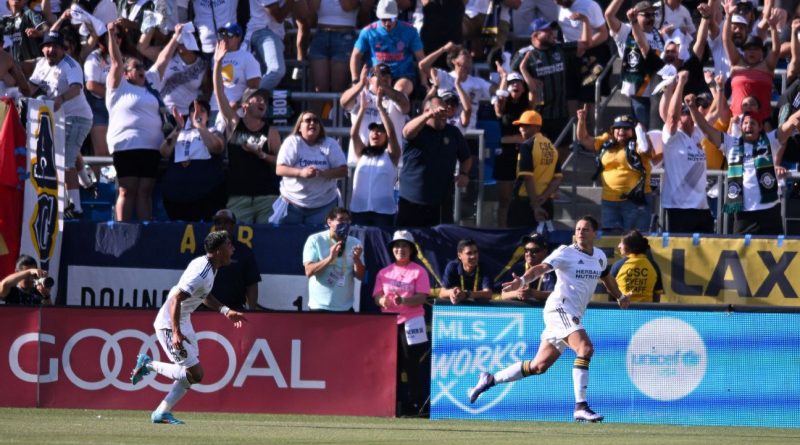 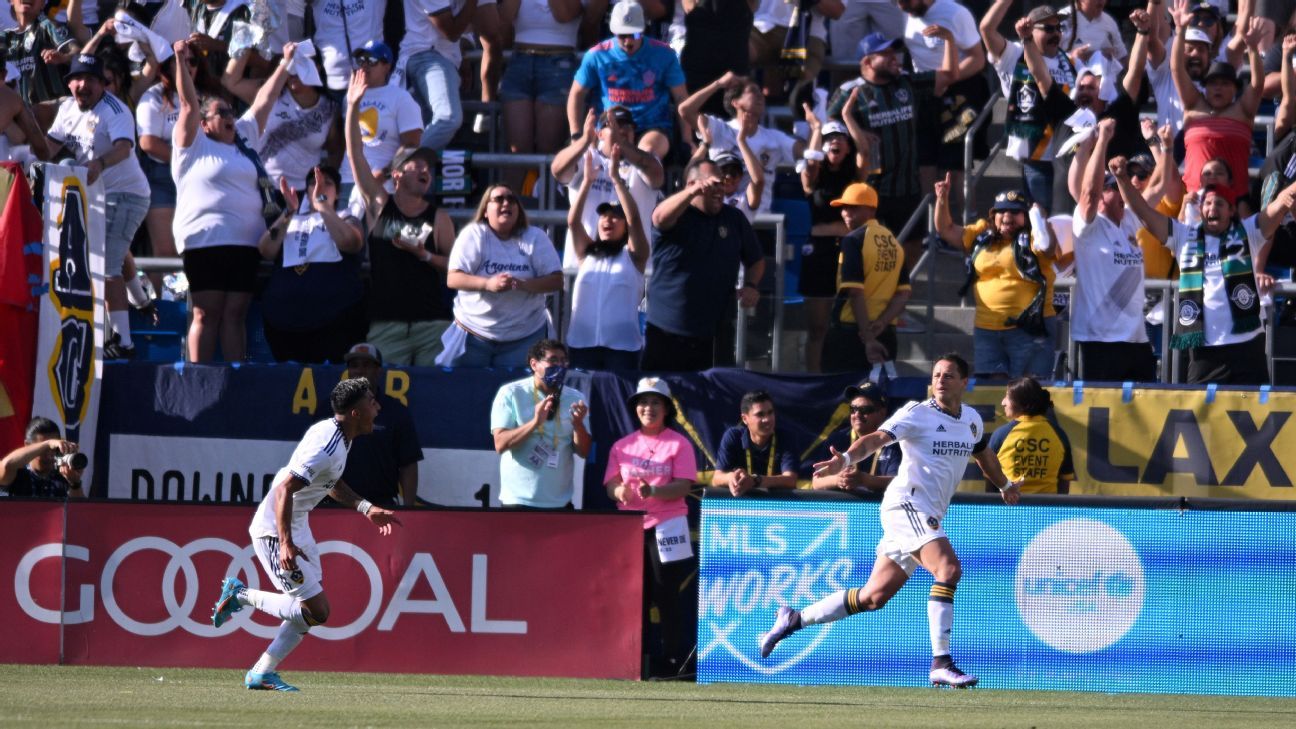 Javier “Chicharito” Hernandez and Sega Coulibaly scored in the first half for the host LA Galaxy in a nail-biting 2-1 win over rivals LAFC on Saturday at Dignity Health Sports Park.

Down 2-1 and responsible for a majority of the pressure in the second half, LAFC (4-1-1, 13 points) was finally rewarded in the 79th minute. Cristian Arango was in perfect position to drive home the rebound of a Carlos Vela shot to make things interesting.

It then appeared Latif Blessing leveled the match for the visitors in the eighth minute of stoppage time, but a somewhat questionable video review led to an offside ruling.

Moments later, the final whistle sounded on another classic El Trafico. The Galaxy (4-2-0, 12 points) improved to 6-3-5 overall against their crosstown rival, and 5-0-2 at home. This match also marked the first time Mexican legends and longtime friends Hernandez and Vela squared off in an MLS game.

While Vela was the aggressor with two quality chances in the early minutes, Hernandez ignited the home crowd with the game’s first goal. Less than 15 minutes in, Samuel Grandsir floated the ball toward the far, top corner of the box, where “Chicharito” headed it on a bounce past out-of-position LAFC goalkeeper Maxime Crepeau for his fifth of the season.

Vela nearly equalized twice during a five-minute span of the first half. In the 23rd, he had only Galaxy keeper Jonathan Bond to beat, but his apparent easy finish hit the left post. Then on 28 minutes, video review waved off a goal by Vela for offside.

LAFC was frustrated early as the Galaxy went up 2-0 in the 31st minute. Off a set piece, Grandsir crossed to the far end of the box, where Coulibaly pounced, and beat a sliding Crepeau for a lead the home side clung to until the bitter end.

LAFC, which lost its first game of the season, saw midfielder Brian Rodriguez exit in the 11th minute with an apparent leg issue.