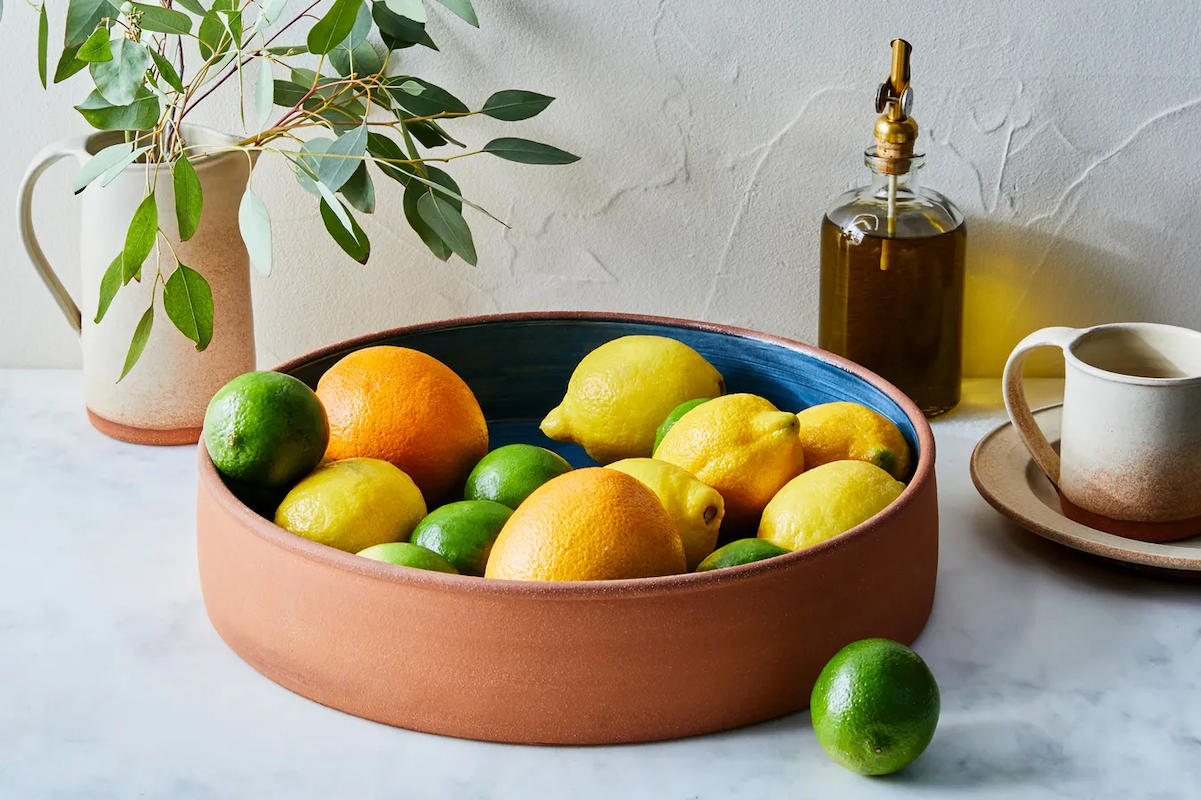 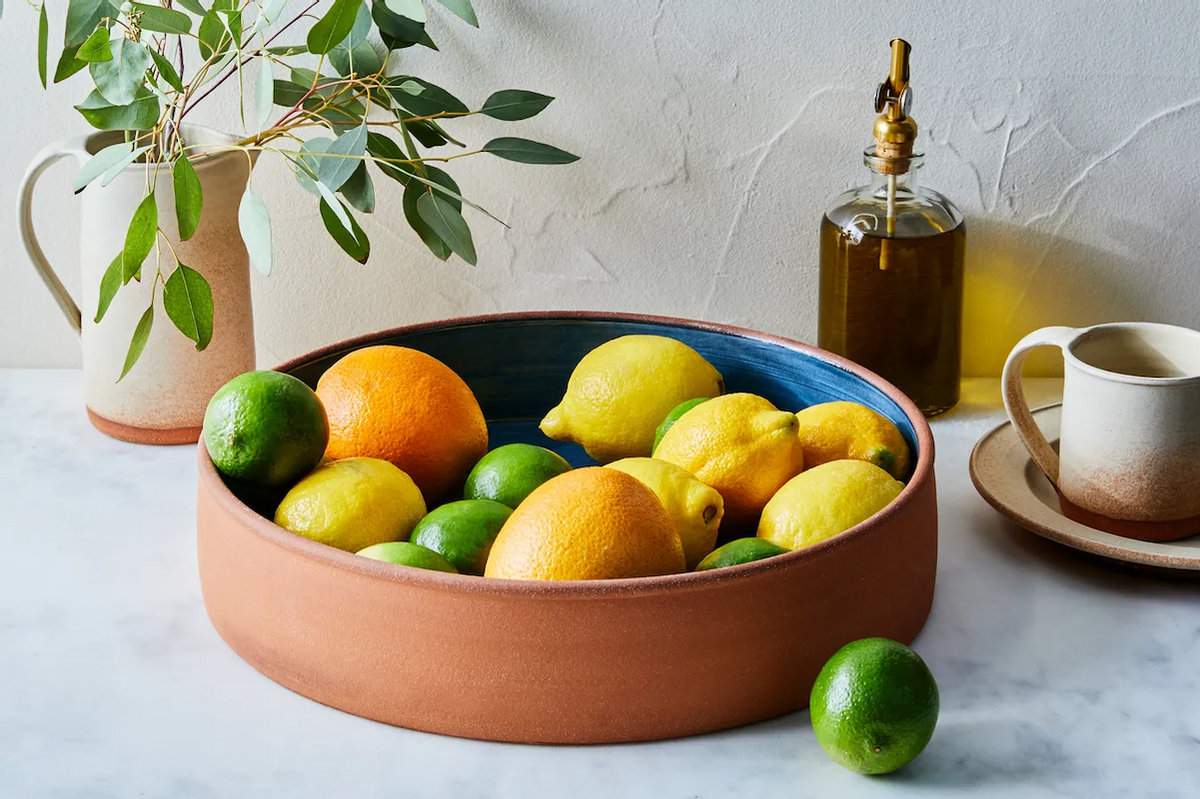 Gnats are the bane of my existence. They invade my home at least once a year it’s because I left an overripe banana at the bottom of the fruit bowl, didn’t clean out the garbage disposal well enough, or even just brought home a new plant that had them hiding in the soil. Then I’m forced to spend the next few weeks trying to banish them from every nook and cranny of my home.

In the grand scheme of things, gnats are harmless — common fruit flies and fungus gnats don’t bite (though some varieties do), but they always seem to be hovering in your face or flying around your food. If you’re sick of seeing these little bugs all around your home, here are some tried-and-true methods to get rid of them, as well as ways you can prevent them from coming back.

There are a few types of small flies and gnats commonly found in homes, and each one is attracted to different things. If you figure out which kind are plaguing your home, you’ll be able to get rid of them more efficiently.

First, there are fruit flies, which are attracted to overripe or rotting fruits and vegetables, so they’re usually hovering around fruit bowls. They also like smelly trash bins and garbage disposals, and open bottles of alcohol. These little brown bugs are more common in the summer, but you might see them during the cold months, too.

Next up are fungus gnats, which I have personally battled many times as a houseplant lover. These obnoxious little flies lay their eggs in wet soil, and they’re commonly found in nurseries, meaning you can easily bring them home without knowing. These gnats are black and tinged with silver, and you’ll typically see them hanging out on the soil of your plants or around the rim of planters. If you give your plant a little shake, they’ll start flying out from around the plant.

Finally, there are drain flies, and as their name suggests, these bugs live in drains, sewers, and septic tanks — anywhere you might find stagnant water, as that’s where they lay their eggs. They have larger wings than the other two types of gnats, and their bodies are furry, similar to a moth.

How to prevent gnats

It’s not too hard to get rid of gnats, but the tricky part is keeping them from coming back — all it takes is one overripe apple for them to make themselves at home again. In general, the cleaner you keep your home, the less likely you are to have gnats. This means storing food in sealed containers and getting rid of overripe produce. You’ll also want to invest in a tightly covered trash can, and clean out your sink, drains, and garbage disposal regularly.

For fungus gnats in particular, letting your plants dry out in between waterings can help to prevent the bugs from laying eggs. Some people also recommend sprinkling a layer of diatomaceous earth on top of soil to kill them.

If you’re really serious about making your home a no-gnat zone, you may also want to seal cracks and crevices around your doors and windows, repair any ripped window screens, and patch any cracks in your home’s foundations.

5 ways to get rid of gnats

If you have a gnat infestation and don’t have the time or luxury of prevention, there are several ways you can eliminate these flying nuisances — many of which involve simple pantry ingredients. Of course, you’ll also want to figure out what attracted them in the first place and get rid of their source of food to stop them from reproducing.

Apple cider vinegar’s sweet smell is appealing to gnats, so you can use it to make an easy trap — a literal thirst trap, if you will. Pour a few tablespoons of apple cider vinegar into a bowl or jar, then stir in a few drops of dish soap. The bugs will be attracted to the sweet smell, and the sticky soap will prevent them from being able to fly away. Some people also like to mix in a little sugar, as well, to really amp up the sweetness.

2. Lure them with ripe produce

If you’re dealing with fruit flies, you can use their favorite snack against them. Place a piece of overripe produce, like an apple slice or mashed banana, in a bowl and cover it with a plastic wrap. Poke a few small holes in the plastic, and once the flies crawl inside, they won’t be able to get back out.

The next time you finish a bottle of red wine, leave it on the counter with dregs in the bottom to help trap gnats. They’ll crawl inside because they’re attracted to the smell and won’t be able to get back out. Some people also like to mix in a few drops of dish soap, but I’ve found the alcohol works pretty well on its own.

If fruit or drain flies are hanging out in your pipes, you can use a diluted bleach solution to kill them and any eggs. Mix 1/2 cup bleach with a gallon of water, then carefully pour it down the drain. Flush with plenty of hot water, and repeat as necessary.

5. When in doubt, use sticky traps

When I have a particularly bad fungus gnat infestation around my plants, I turn to sticky traps to capture the dozens of bugs flying around. Gnats will get stuck to the yellow sticker — just be prepared to be grossed out by how many you catch.

In the new season of “The Boys,” everyone’s selling out, and society gets stuck with the check

Redefining identity, one Asian American dish at a time