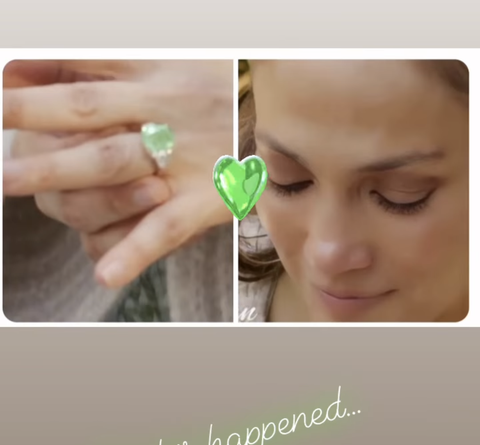 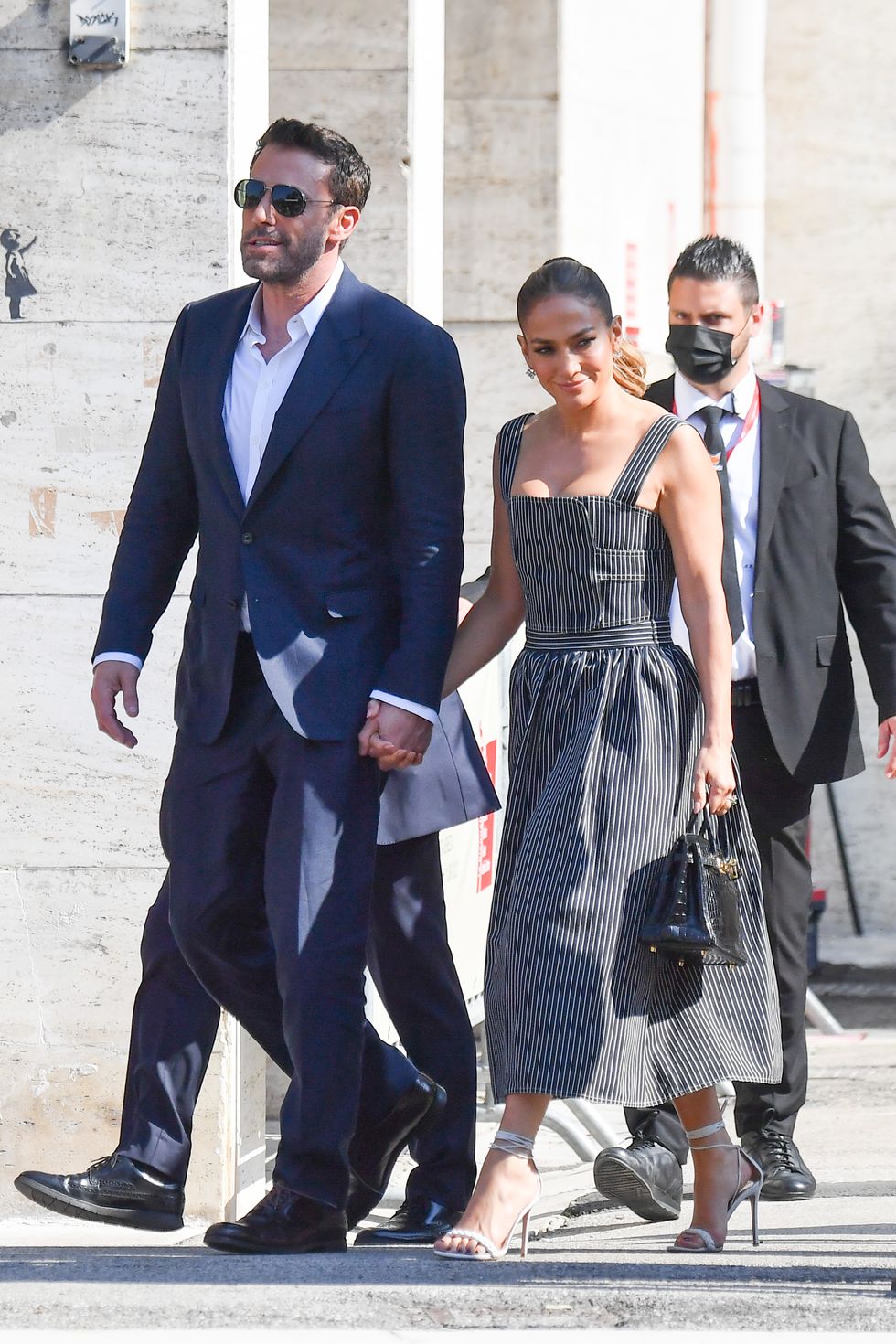 Jennifer Lopez and Ben Affleck are officially getting married again, and the first look at her new engagement ring is here—and it’s a showstopper. Affleck gave Lopez a green diamond ring this time, which Lopez revealed in her OntheJLo newsletter announcing her engagement and its accompanying video. Details haven’t come out yet about the ring’s making, but People reports that Lopez wrote about the significance of the color green to her in a previous newsletter.

She referenced the green Versace dress she wore to the 2000 Grammys first, writing, “I always say the color green is my lucky color. Maybe you can remember a certain green dress. I’ve realized there are many moments in my life where amazing things happened when I was wearing green.”

Paparazzi first photographed the ring on Monday, although it was a far-off shot and not clearly visible.

This isn’t Lopez’s first engagement ring from Affleck. Back in November 2002, Affleck famously proposed with a 6.1 carat pink diamond ring from Harry Winston. Affleck and Lopez ultimately called their September 2003 wedding off before splitting for good in January 2004. They reconciled last spring.

Lopez’s former publicist Robert Shuter spoke in May 2021 about how he believes that Lopez actually still has that first engagement ring.

“As far as I know, Jen has never returned the ring,” Shuter said. “So, if things move forward with these two, gosh, she’s already got the most beautiful ring I’ve seen. It’s absolutely stunning. I was with her once, and it is blinding. I almost thought—forgive me, Jen—it almost was QVC-ish, ’cause it was so large! I didn’t think it was real! She said, ‘Don’t touch it, it’s a real ring.’”

Lopez spoke out to Rolling Stone in February about why she doesn’t see herself and Affleck splitting up again. “I don’t think we would have got back together if we thought that was where it was headed,” she said. “We feel like what we found again is so much more important, and how we protect that and how we live our lives—what to share, what not to share—is the balance that we have now, the benefit of experience and the wisdom that we gained over the years.”

Please tell me about your delayed flight