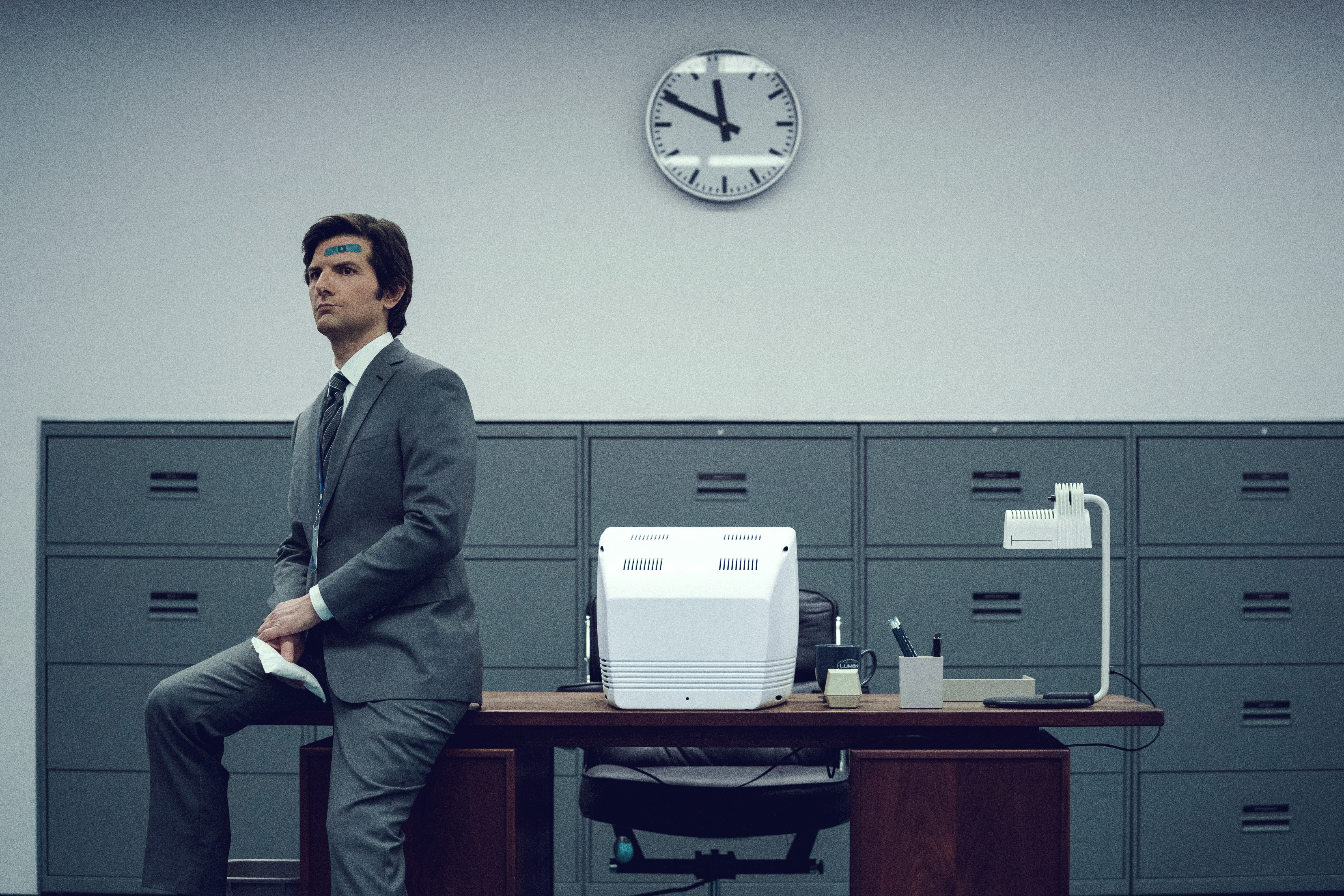 “Severance,” the Apple TV+ sci-fi thriller that wrapped its head-scratchingly captivating first season on Friday, has sent viewers and critics into a heady clue-piecing whirlwind that I’m seeing many compare to the puzzle box of Showtime’s “Yellowjackets.” But where the mysteries of “Yellowjackets” sprout from the duality of pre- and post-trauma female athletes, “Severance” is spun around a group of office drones who elected to have the memories of their work lives and personal lives surgically severed.

Executive produced and primarily directed by Ben Stiller, which is a fun little pondering all its own, “Severance” opens with the voice of Mark Scout (Adam Scott) asking, “Who are you?” Everything we experience thereafter echoes that same question.

RELATED: “Fresh” risks its butt to innovate the horror kill

Mark, or Mark S. as he’s called, works as part of the Macrodata Refinement division of a company called Lumon Industries. He organizes numbers into electronic files, but does not know the purpose of doing so. He strives to stay in the good graces of his stern and monosyllabic boss Harmony Cobel (Patricia Arquette) who treats him, and the rest of his co-workers, more like lab rats than people, offering brisk handshakes as a reward for a job well done . . . only by direct request. Mark S. also finds enjoyment in the “defiant jazz” dance parties and oddly specific food feasts (fresh melon, deviled eggs, waffles) dangled as incentives for passing workload milestones.

Britt Lower in “Severance,” now streaming on Apple TV+ (Apple TV+)Mark’s work life is that of an “innie,” meaning that as soon as he exits the elevator leading into Lumon Industries, he leaves all the memories and character traits of his “outtie” behind. He doesn’t know that he has a sister. Doesn’t know that he’s a new uncle. Doesn’t know that he elected to have his work/life balance severed to get an eight-hour respite from the reality that his wife died in a tragic car accident (or so we’re told . . .  but more on that later). But when the elevator dings, and his “outtie” life goes up on the hanger, his eyes are still red from crying, and his breath still reeks of booze from the night before because, as the saying goes, the body keeps the score.

Who is a person without their memories?

The “Who are you?” of “Severance” pushes further into the larger philosophical question of who a person is without their memories, and whether detachment from memory in an effort to detach from psychological pain could ever work. If you get hit in the head, but don’t remember how, or why (a thing that happens to Mark S. in the premiere), won’t you still come away with the pain of it? And if you’re grieving the loss of a loved one; a physical pain, as much as a mental pain, as anyone who’s experienced it would know; wouldn’t your body still feel that screaming ache, even if the memory of what caused it wasn’t immediately accessible?

The process of being “severed” leaves the main characters of “Severance” much like we are all left when we try to ignore, block out or deny trauma . . . such as a reality in which we’re enduring a global pandemic while possibly on the brink of a civil or nuclear war – yet wilfullly trying to pretend these troubles don’t exist. All the pain and turmoil is still very much present, with the added discomfort of a hell of a lot of confusion because of this disconnect. 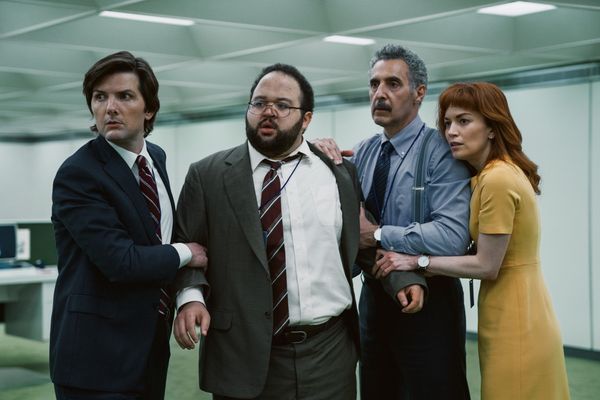 The episodes ramping up to Friday’s finale are infused with “whys” and “hows.” Some we got answers to, and some we didn’t. Mark S., prompted by clues left behind by a co-worker named Petey (Yul Vazquez) – who found his way out of Lumon, but to a tragic end – seeks out answers, but finds only more questions.

What does Mark’s Macrodata Refinement division really “do?” How does the severance process actually work? And who is the cult-like figure Kier Eagan who is the founder of the company but, seemingly moreso, deity of it?

In a grand-slam of defiant synchronicity, Mark S., along with his co-workers Helly R. (Britt Lower), Irving B. (John Turturro) and Dylan G. (Zach Cherry) use intel gleaned from snooping and clues left behind by Petey, to throw the switches that make the severance process work in reverse long enough to where their “innies” become one with their “outties” again. All but Dylan, who bravely stays behind to do the necessary work that allows this to happen.

As Dylan locks himself into the inner sanctum of Lumon with one hand on one lever, and another stretched the opposite way, his co-workers see, for the first time in their severed recollection, all the memories they tried so hard to remove themselves from. Helly learns that she’s the granddaughter of Kier Eagan, Irving learns that he spends his “outtie” time painting the same bleak images of Lumon hallways, over and over, in thick black paint. And Mark learns that his landlady has been his boss all this while, spying on his every move.

Why does this new reality have to include work at all?

The kicker leaving us hanging until the second season, which has already been greenlit, is that Mark also learns that the wife he thought was dead either looks exactly like, or actually is, Ms. Casey (Dichen Lachman), a wellness counselor at Lumon. This sets up two possibilities for next season. One being that Mark’s wife actually did die, and Lumon is somehow reanimating people. Or she didn’t die, but took on a non-severed job at Lumon, similar to Ms. Cobel, leaving Mark behind. Which painful reality would be worse? That’s sort of the heart of the show in and of itself, when you think of it.

In the world of “Severance” many questions jump from reality to reality, like the numbers the Macrodata Refinement division watch floating around the screens of their “Being John Malkovich”-esque desktops. One that lingers in my own mind is the question of why, in a world where it’s been made a scientific goal to remove pain like scraping peas from a dinner plate, why does this new reality have to include work at all? As though, even in our wildest dreams, we’re still somehow fine with being cogs in a machine. 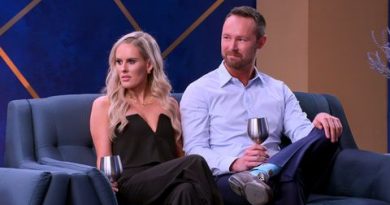 Which Couples Survived The Ultimatum on Netflix?

11 things you should know about Audre Lorde