The sacked Chief Imam of Apo Legislative Quarters Central Mosque in Abuja and founder, Islamic Research and Da’awah Foundation, Sheikh Nuhu Khalid, has defended his recent utterances even though they earned him the sacking.

The Islamic cleric was sacked as the Chief Imam of the Apo legislative quarters Juma’at mosque in Abuja after he criticised President Muhammadu Buhari’s government for its failure to deal with insecurity, following the attack on a train in Kaduna.

In the sermon which led to his suspension before he was later sacked, the cleric lamented the worsening insecurity in the country and lambasted Buhari for not visiting Kaduna after a train heading to the state from Abuja was attacked by terrorists.

Consequently, he was suspended from his position and later sacked by the mosque’s committee.

In an interview with Daily Trust TV, the cleric alleged that “the pulpit of the mosque was once a centre for Buhari campaign.”

He said he would rather die of hunger than be a cleric who cannot speak the truth, especially at a time when life is losing value in Nigeria.

He said, “I have nothing to lose. For this, I stand by my words. I would rather die of hunger than be quiet when people are killed. Trains are attacked and roads are blocked and (there is) bloodletting everywhere.

“I live in a local area. My children go to public schools and I relate with local people. Therefore, I know the difficult situation the people of this country are going through.”

The Imam said he was approached three times by some people in the Buhari government to put pressure on him to stop commenting on the happenings in the country but he resisted.

“If the government is not happy, then we asked who is the president and who are (the ones) suffering? Are they not the majority? The masses are more important, that is why we call government workers civil servants. The lives of the masses must be preserved,” he said. 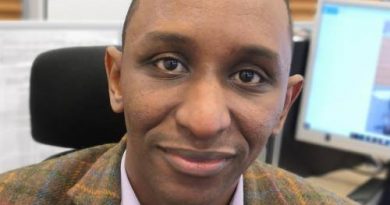