The Youth Leader of the United Kingdom chapter of the All Progressives Congress (APC), Dr Usman Tijjani Shehu, has formally announced his departure from Nigeria’s ruling party.

Usman who confirmed his resignation in a letter addressed to the ward chairman of the APC in Kabo Local Government Area of Kano State, and copied to the United Kingdom chapter of the party, dumped the party for the New Nigeria Peoples Party (NNPP).

The former youth leader, who is an aspirant for the House of Representatives for Kabo/Gwarzo constituency in Kano State, said he decided to dump the party for the fact that it has failed Nigerians and couldn’t fulfil its campaign promises.

He accused the ruling party of sabotaging the overall development of the country, and not giving opportunities to young Nigerians, Daily Trust reports.

“Presently in the country, there are no jobs, ASUU is on strike, there are security challenges, lack of health care facilities, poor economy and lack of youth inclusion in governance,” he added. 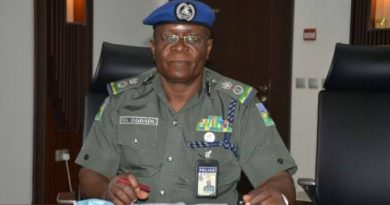 Hailey Bieber deemed 2022 the year of glazed donut everything, and slowly but surely, she’s been revealing how she gets