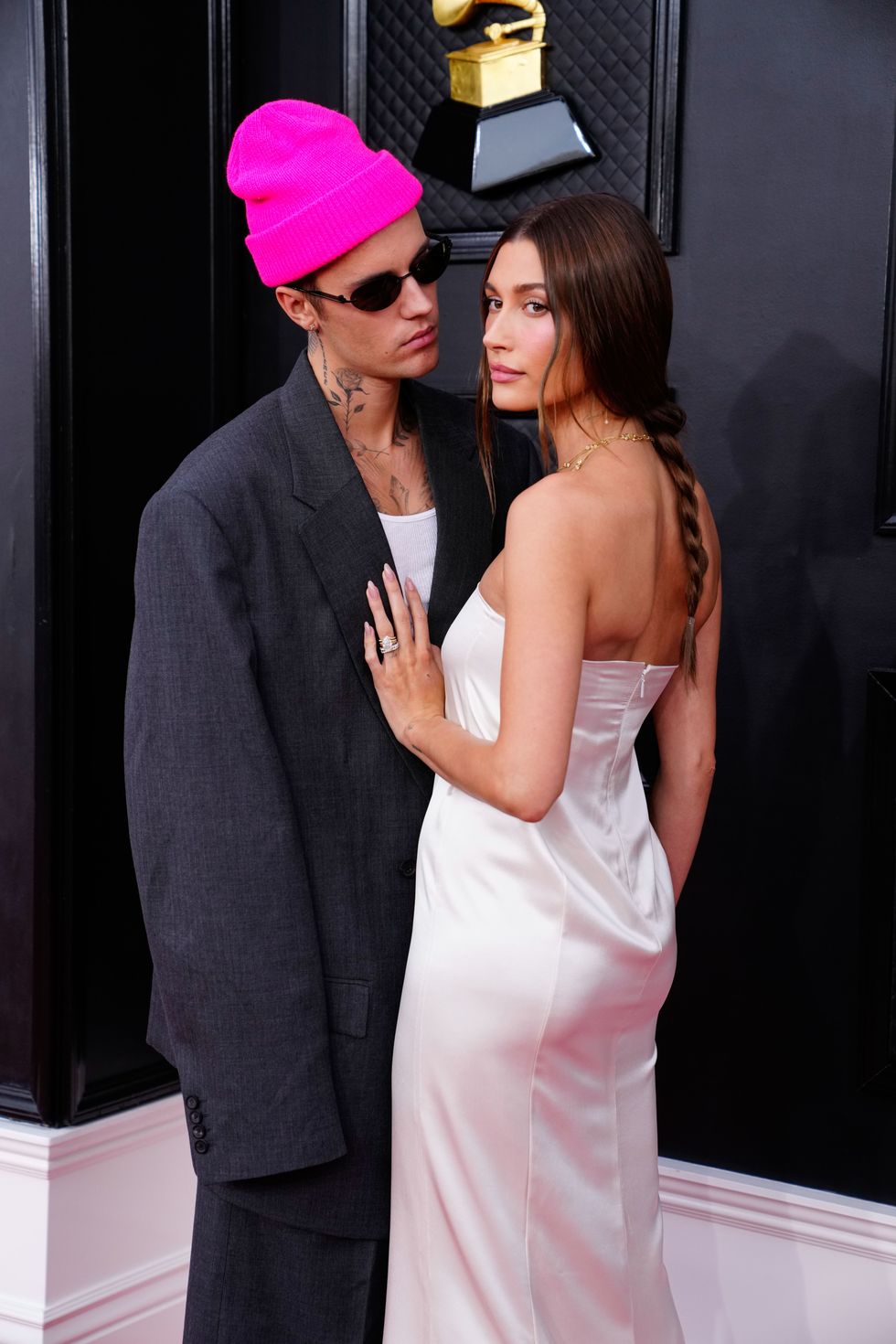 Hailey Bieber personally shut down rumors that she’s expecting her first child following her Grammys appearance with Justin Bieber Sunday. Hailey appeared on the red carpet in a Saint Laurent dress. Some fans speculated whether she was pregnant based on photos from the event, which Radar Online turned into a news story. Radar posted about the story on its Instagram, and Hailey commented on the post. “I’m not pregnant leave me alone,” she wrote.

Justin and Hailey Bieber at the Grammys

Hailey has been vocal about how she and Justin are not planning to start a family this year given they both have busy career schedules right now. (Justin is on tour until March 2023, and Hailey is modeling and launching her skincare line Rhode.) Hailey told WSJ magazine in February, “I think ideally in the next couple of years we would try [to start a family]. But there’s a reason they call it try, right? You don’t know how long that process is ever going to take. Definitely no kids this year; that would be a little bit hectic, I think.”

She added that her focus is on her career now. “There’s this thing that happens for women when you get married. Everybody always assumes it’s: First comes love, then comes marriage, then comes the baby,” she said. “Well, what about all the things I want to accomplish in my business? I think I had it ingrained in my head that I was going to want to have kids right away and I was going to want to have kids super, super young. Then I turned 25 and I’m like, I’m still super, super young!”