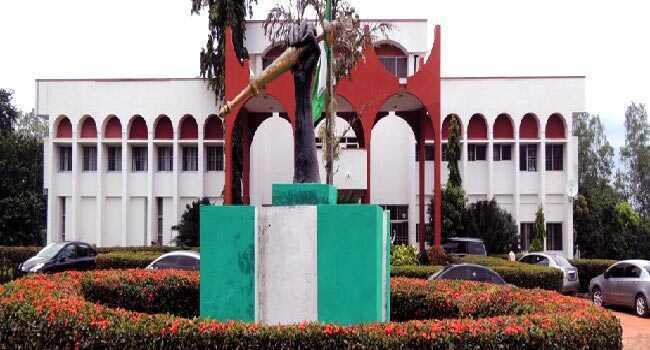 Stakeholders under the aegis of Aguata North Political Forum have endorsed the member representing Aguata II State Constituency in the Anambra State House of Assembly, Hon. Okechukwu Okoye, aka Okey di Okay, for a second term in office.

Following a consultative meeting held at Igboukwu, Aguata Local Government Area and attended by members of the Executive of Aguata North Political Forum, Traditional Rulers and Presidents-General of the Eight (8) Communities of Aguata II State Constituency, as well as representatives of the eleven (11) Wards of the Constituency, the Forum also appealed to the All Progressives Grand Alliance (APGA) to give it’s ticket to Okey di Okay ,Hon Okoye to enable him realise his re-election bid for the greater good of the Aguata II Constituency.

In a communique issued after the meeting, the group observed that Hon. Okechukwu Okoye, Okey di Okay has performed exceedingly well especially through many impactful constituency projects initiated and completed by him in almost all the communities within the Constituency.

It further averred that the lawmaker has been a strong voice in the State House of Assembly and which has led to a strong and exemplary representation of his Constituency so much so that he made the list of the four most performing lawmakers in the state assembly as reported by a prominent Anambra-based online news site, anaedoonline.

Some of the stakeholders who signed the Communique were  the traditional ruler of Isu-Ofia , HRH Igwe Col CAO Muoghalu, traditional ruler of Ekwulobia, HRH Igwe (Engr) CE Onyeneke as well as Presidents General of Communities including Dr Coleman Okafor of Ora-Eri , Ambassador Ikechukwu Okeke of Aguluezechukwu and Chief KC Okoli of Umuona.

Other stakeholders who signed were Hon Mathew Ezeilo of Ikenga, and Chief GC Umeanuka of Igboukwu among others.

The meeting equally noted that Hon. Okoye’s feat of becoming the Chairman of the House Committee on Information despite being a first time member of the State House of Assembly is evidence of his rare leadership gift, charisma and credibility. It observed that the legislator deserves a second term in office as the entire Constituency is proud of his highly impactful representation so far with his constituency projects spread across almost all the eight (8) communities of the Constituency being an eloquent testimony to this.

Following these observations, the Aguata North Political Forum unanimously endorsed Hon Okechukwu Okoye for a second term as member representing Aguata II Constituency in the Anambra State House of Assembly and called on APGA to afford him the platform to run especially given his popularity and structure which will greatly boost the chances of the party at the polls.

The Forum also called on all stakeholders in the Constituency to give their total and unflinching support to Hon. Okoye to enable him realise his re-election for the greater good of the Constituency.

Aguata North Political Forum is a socio-political organization comprising the Traditional Rulers and Presidents-General of the Eight (8) Communities of Aguata II State Constituency as well as other critical Stakeholders, with the goal of promoting the political interest of the eleven (11) Wards of Aguata  Local Government Area of Anambra State. Membership of the Forum cuts across all the active political parties in the country.

FG Disqualifies All 32 Candidates For 2022 Merit Award – – The Tide