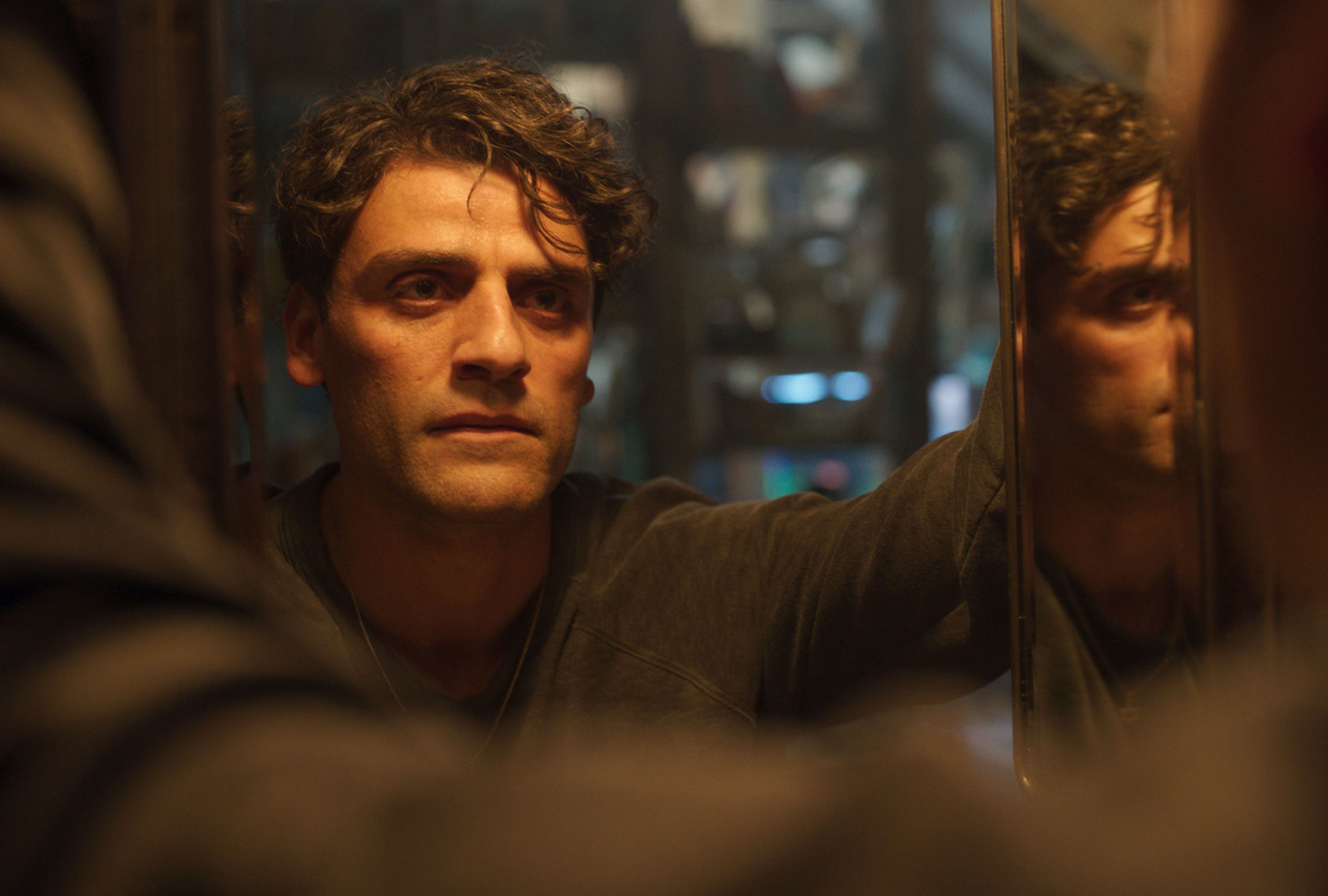 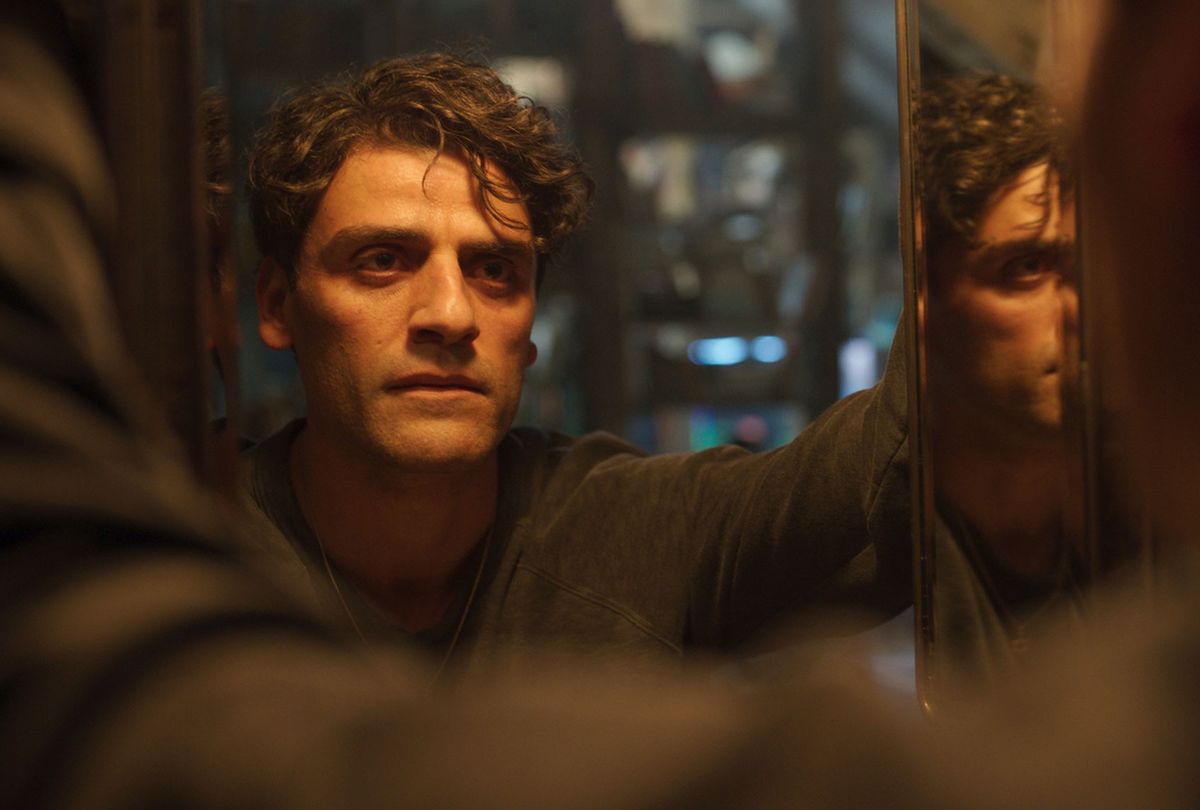 Is there a franchise other than the Marvel Cinematic Universe that’s as skilled at lending its most mediocre titles an air of essentiality by hiring A-list talent? Even if there were a contender, the outright volume of interrelated titles and relationship upkeep places the MCU in a plane of reality by itself.

Marvel’s latest entry “Moon Knight” stars Oscar Isaac, the man who gifted Poe Dameron to the “Star Wars” universe,  with Ethan Hawke playing the adversary to Isaac’s hero and features the voice of Oscar-winner F. Murray Abraham. Quite a lineup to sell a hero mainly known to deep-diving comics enthusiasts, and one with Orientalist leanings to boot.

Suited up, Moon Knight is a standard issue vigilante dating back to 1975 with connections to The Avengers and The Defenders. He has superior athletic ability whose powers, including superhuman strength, healing abilities and resurrection, come from the Egyptian moon god Khonshu.

What makes the character unique, and here is where Isaac becomes indispensable, is that he’s the alter ego of a man with dissociative identity disorder, which means he’s linked to two people living in the same body. The first one we meet is Steven Grant, a gentle, meek, disrespected gift shop clerk at a British museum that under-appreciates his Egyptology expertise. Considering the passion Isaac stirs up in his fans, it’s almost adorable to see him persuasively play a guy so inept at interpersonal interaction, and doing the simplest tasks at work, that some of his co-workers don’t even bother to learn his name.

Like every other hero, Steven has hidden depths so obscured to him that he can’t explain, for example, why he goes to bed in his humble London flat and wakes up in a Swiss Alpine village with machine-gun toting men chasing him.

Isaac’s aptitude for swimming between comedy and drama gets a workout in these scenes, which he carries off with enough aplomb to compensate for his, shall we say, questionable cockney accent. It’s not that he whiffs the imitation; rather, he nails the dialectic nuances, including the casual interjections of “alright?” and “yeah?” aptly enough to call attention to the parts that aren’t fully crisped.

Meeting his other identity, Marc Spector – American mercenary and expert killer – helps a person to get over whatever irritation that aspect of Isaac’s performance causes, since Marc is the reason Steven survives the various assaults he either stumbles into or wakes up on the other side of, hands bloodied. Marc is the personality beholden to Khonshu (voiced by Abraham), and the deity is far less patient with Steven than Marc must be.

But Marc also is the type of man we’re accustomed to watching in these roles – a brooding lone wolf who cuts himself off from those he loves, including Layla (May Calamawy). Marc communicates with Steven via mirrors and reflective surfaces like, say, polished stone, glass – any shiny surface, truly, and in “Moon Knight” he’s constantly happening upon them. This enables us to enjoy the sight of two disparate performances in one frame as well as appreciating how much more enjoyable Steven is than Marc.

All told, “Moon Knight” is an odd show in that it gives us characters and actors we’d love to spend more time with, albeit in tauter scenarios than the one presented here. Those who appreciate TV as an art form groan at producers’ hackneyed declaration that their show is “really more like a 10-hour movie.”  Well, this cuts in the opposite direction, a six-hour series that would have worked better as a two-and-a-half-hour film.

Lead writer Jeremy Slater and his team luxuriate in the show’s origin story past the point of interest, so much that we barely see much of the weird man in that white suit during its first episode. Most of what happens in the 45-minute episode could have gone down in about half that time without losing any context.

Granted, if you enjoy Isaac’s aptitude for physical comedy, consider yourself amply served by the heart of that episode, specifically slap-happy mountain road car chase involving pastries and lots of frightened yelling. But that comes at the cost of seeing the title hero in action.

There is something to be said for Slater and director Mohamed Diab leaning into the notion of implied violence as opposed to explicitly showing Steven or Marc bloodying noses or impaling, stabbing or shooting people. Movie and television contains violence to space, enough to satisfy prurient appetites until the sun burns out.

Even so, “Moon Knight” does not sufficiently compensate for the dearth of action with narrative complexity. One of the most creative decisions Slater makes is also underutilized, which refers to Steven’s wonderfully nerd interpretation of the super suit he can summon as opposed to the version in which we see Marc. That choice is excellent for a laugh while also lampooning other fantasy franchises’ pictures of what a hero looks like; it’s also a marvelous character note for a mild-mannered literalist like Steven.

As the premise hints the story eventually travels from Britain to Egypt, of which Diab makes a visual feast in its depictions of bustling urban areas and silken desert landscapes surrounding the pyramids. But this trip occurs with little in the way of psychological zig-zags or conflicts beyond Marc and Steven arguing over who gets to control the body they share.

Hawke offers no stress or urgency as Arthur Harrow, the chilly servant of a rival Egyptian god hunting Steven. He comes across less like a challenging, frightening villain than a man doing this job purely for the paycheck and to impress his kids – and if that’s the case, fair enough!

However, he could at the very least put a few drops of sweat and blood into the effort for the sake of everyone investing time in this show. One could argue that he’s simply matching a level established by other god-related characters, a few of whom we meet in a listless scene depicting a conclave of the Egyptian pantheon’s rock stars. But god-related fables should not be boring, even though “Eternals” didn’t exactly set a better standard in that regard. “Moon Knight” could turn up in that storyline but, based on what this show establishes, its difficult to envision Isaac’s character adding much.

There’s also the matter of how the series treats the psychological disorder that defines Isaac’s character, one of several defining traits that make the classic Moon Knight story, shall we say, potentially problematic.

I cannot speak with any authority on how accurate or respectful the series portrays DID. However, the script takes a few hours to acknowledge the length of time that Marc existed in the world without Steven and vice versa. Nothing in the quartet of episodes provided for review explain when and why these dual personalities come to be, although a turn at the fourth’s close may lead into that.

If the road leading to that point was much shorter didn’t play like a dull retread of every tomb-raiding story Hollywood has churned out since the first of the Indiana Jones movies, Isaac and Calamawy may have provided enough of a reason to sit through “Moon Knight.”

There also remains a chance the story could improve and enrich in the closing pair of episodes, if you have the patience to get there. But as it stands, “Moon Knight” may be one of those puzzle details someone else can fill in for you in the future prior to enjoying a better adaptation of another (and somehow related) Marvel adventure.

“Moon Knight” debuts Wednesday, March 30 on Disney+  with new episodes premiering weekly. Watch a trailer for it below, via YouTube.