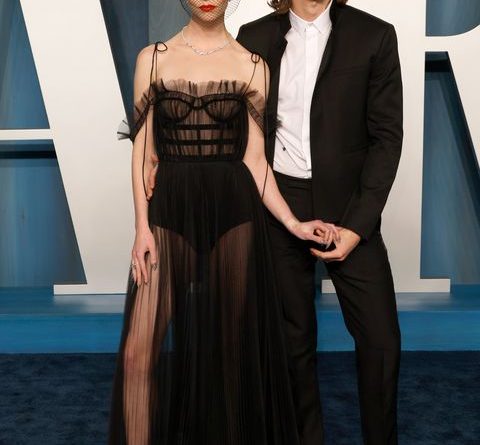 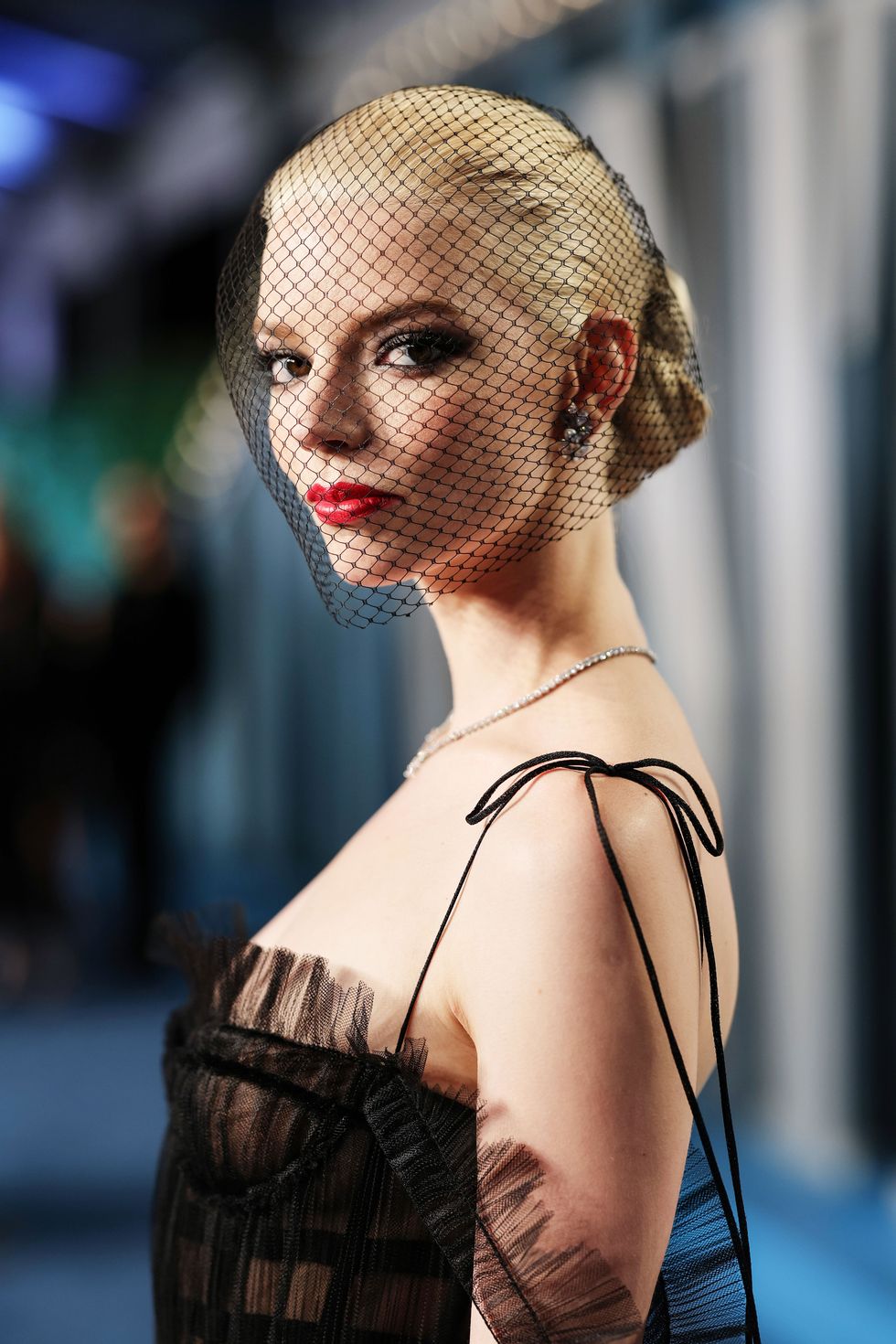 We wouldn’t necessarily have pegged Anya Taylor-Joy as punk royalty, but her look for the Vanity Fair Oscars after-party would have looked right at home on the goth princesses of yore. As Dior’s global ambassador, the Last Night in Soho actress fittingly wore a sheer black Dior corset dress by the French house, paired with Tiffany & Co. jewelry⁠—an intriguing shift from her usually vibrant red carpet wardrobe. (A spokesperson for Dior revealed the look took a total of 60 hours to complete in the Dior ateliers in Paris.) Taylor-Joy posed with her boyfriend Malcolm McRae, who looked similarly dapper in a simple suit.

The “couture queen,” as deemed by British Vogue in her recent cover story for the outlet, has become a Hollywood mainstay since her star-making role on Netflix’s The Queen’s Gambit, for which she won a Golden Globe. But she admits the world of red carpet prominence is new to her: She told the magazine that she wears sweatpants “99 per cent of the time.”

“When I first started doing red carpets,” she said, “I couldn’t handle the notion of being pretty. I was like, ‘I don’t do that. I don’t attempt it.’ I am a scummy, mud-caked ferret and striving for anything different felt disingenuous and scary.”

Following her practically overnight shot to fame after The Queen’s Gambit took over the world’s biggest streaming service, she needed time to adjust to the newfound attention. She says friends would attempt to help her stay anonymous by dressing her “like an East Berlin spy at all times.” Says Taylor-Joy, “It just took a second to understand [the fame] and make it OK for myself.”

But at the after-party, she looked comfortable, even relaxed beside McRae. Taylor-Joy, an apparently enthusiastic reader, told British Vogue, “I said to my partner [McRae] the other day that he was my hobby. I see reading as something that I have to do…He loved it because he’s the same. I’ve finally found someone who will happily sit in silence with me reading. We’re basically 80 years old and seven at the same time, and it works really well.”