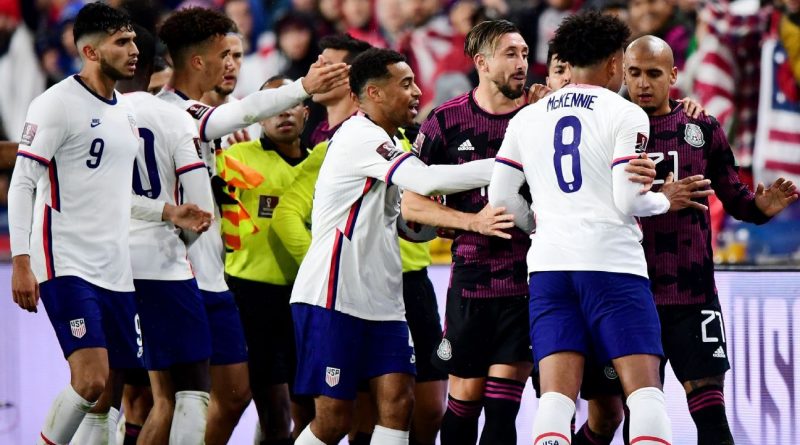 The race to the 2022 World Cup is drawing to a close, with four games to be played on Wednesday to decide which nations from the CONCACAF region will head to Qatar in November.

How many CONCACAF nations qualify for the World Cup?

The top three nations in CONCACAF qualify directly to the World Cup, which begins on Nov. 21 and runs through to the final on Dec. 18.

The fourth-place nation in the region will face a playoff against the winner of the Oceania region, which will be New Zealand or Solomon Islands. The playoff will be one match only, and will be hosted by Qatar. The fixture is scheduled to be played on June 13 or 14.

Coach John Herdman led Canada to only its second men’s World Cup with a 4-0 win over Jamaica on Sunday. The previous appearance came in 1986, when it lost all three matches to France, Hungary and Soviet Union without scoring a goal.

That leaves two automatic places available, plus the playoff.

Which nations are still in contention?

Of the eight teams in the final stage of qualifying, El Salvador, Honduras, Panama and Jamaica have been eliminated.

That leaves Costa Rica, Mexico and the United States still with hopes of making the World Cup and all are guaranteed a route to the World Cup. Two of these nations will qualify automatically, with the third in the playoff

What are the remaining fixtures?

How each nation can qualify

The USMNT’s 5-1 victory over Panama on Sunday has the Americans in a commanding position to reach the World Cup. It is three points ahead of fourth-placed Costa Rica ahead of their meeting on Wednesday.

Due to USA’s superior goal differential, it would need to lose to Costa Rica by at least six goals, with Mexico getting a win/draw against El Salvador, to miss the World Cup. If United States was to lose by six goals, and Mexico loses too, USMNT would still make the World Cup.

Mexico’s position is similar to the United States as El Tri are in a commanding position to qualify for Qatar. Sunday’s 1-0 win over Honduras means that Gerardo “Tata” Martino’s side only needs to draw at home to already-eliminated El Salvador to book its place.

There is the possibility of Mexico and Costa Rica finishing with identical records (for instance, Costa Rica wins 4-1, and Mexico loses 1-0). In this event, it turns to head-to-head record which is won by Mexico.

Costa Rica has to beat United States to qualify for the World Cup automatically. That will place it onto 25 points alongside USNMT and possibly Mexico, but it still might not be enough to finish in the top three on goal differential. Permutations are noted in the above sections.

More likely is that Luis Fernando Suarez’s men will be heading to Qatar in June for a winner-takes-all playoff against the Oceania champions.

10 star players ruled out of World Cup because of injury