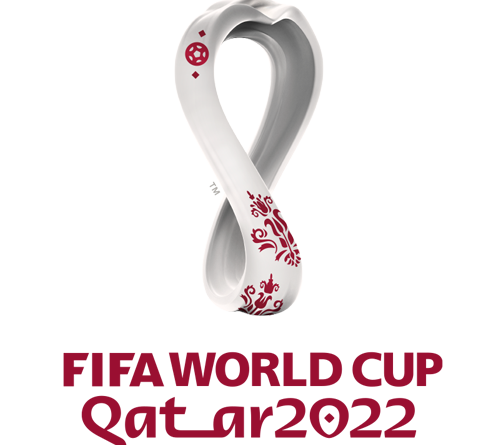 With World Cup qualifying reaching its dramatic conclusion around the globe over the past few days, Gab Marcotti takes a slightly different approach to his Monday Musings this week. There’s a look at the weird way in which teams book their place (or don’t) at the World Cup, as well as the impact on national teams when a lot of players come from somewhere else.

It’s Monday, and Gab Marcotti reacts to the biggest moments in the world of football.

Jump to: Fix World Cup qualifying? | Italy hurt by Serie A with lots of foreigners? | Premier League fans generally happy with their clubs?

World Cup qualifying is a headache: they should have a suggestion box …

We’re almost there. So far, 20 countries have qualified for the World Cup, with 12 slots left. We’ve played 838 games and there are 17 left to go, including the two inter-confederation playoffs: the winner of Oceania vs. fourth place in CONCACAF, and fifth place in Asia versus fifth place in South America.

We’ve had games postponed due to a bureaucratic mess over COVID documents (Brazil vs. Argentina) and due to war breaking out in Europe (Scotland vs. Ukraine), and we’ve had a country kicked out less than a month before their playoff game for invading their neighbour (Russia).

If United Arab Emirates or Australia qualify for the World Cup, they will have done so playing a whopping 20 matches. If the Solomon Islands manage to do so, they will have played a total of … three.

What’s the point of all this? It’s just to underscore how organising a qualifying campaign that whittles down 211 FIFA member nations to 32 is a bit of a cluster-mess, which can easily degenerate even further when you’re also dealing with natural disasters, pandemics and war. You know, real life getting in the way of sports.

Next time around, in 2026, there will be 48 World Cup slots — a 50% increase — but don’t expect it to get much easier logistically. We know how many guaranteed extra slots each confederation will have — Asia and Africa will have four additional spots each, UEFA and CONCACAF three each, South America two and Oceania one — and we know there will be a six team inter-confederation playoff tournament for the final two spots. We don’t know yet if the host nations will automatically qualify (and, given there are three in Mexico, the United States and Canada, this matters) and we have no idea how the qualifying tournaments will work in each confederation.

I don’t envy the task of the men and women who are buried away somewhere and charged with developing a format that gets the job done, maximises revenue and keeps everybody happy, especially at a time when we have no idea what the international match calendar will look like after 2024. (It’s no secret that, everywhere in the world, the club game is squeezing international football.)

There are just so many unknowns. If the three 2026 CONCACAF co-hosts all get automatic bids, what happens to qualifying in the region? Sure, the other 32 nations will compete for the other three automatic slots (plus, presumably two playoff spots), but will it be commercially viable without the region’s three biggest economies/TV markets (by far)? And do the U.S., Canada and Mexico just play each other over and over again for 18 months?

What about CONMEBOL? South America’s qualification tournament, with its grueling 18-match, home-and-away schedule has plenty of benefits — it builds rivalries, it ensures freak results don’t derail qualification, it’s a consolidated tradition, it’s hugely competitive — but does it make sense to play 90 games just to whittle 10 teams down to seven (eight if you count the playoff spot)? And won’t it become a little boring if, halfway through, Brazil or Argentina have already clinched their spot?

Africa, who will jump from five spots to nine, should at least have a slightly less cruel system relative to what is going on right now, where you can win every game in your group, draw the playoff home-and-away ties and still get knocked on the away goals rule (which could happen to Morocco this year). But how do you do it in a rational way?

And what about pre-qualifying in places like Asia or Africa? Take Gambia. They played home and away against Angola, lost … and that was it. And yet they were good enough to reach the Africa Cup of Nations quarterfinals. Does it make sense for their qualifying campaign to last 180 minutes? At least Gambia had the Cup of Nations. Others in Africa and Asia did not, and those two games were all the football they’ve played in the past 2½ years.

So here’s hoping that, just as they put their thinking caps on to find some sort of logical format for a 48-team World Cup (without radically increasing the number of games), they’ll do the same for World Cup qualifying. At its best, for those nations that fail to make the World Cup grade, it should at a minimum offer drama, fairness and a chance to improve.

How? That part beats the heck out of me, but I’m open to suggestions.

Are too many “foreigners” good or bad for a national team?

It’s one of those questions that rears its head every so often. Italy‘s elimination from the 2022 World Cup playoffs prompted some critics to suggest that Serie A and Serie B have too many foreign players, all of whom supposedly stifle the development of homegrown youngsters. This season, 64% of minutes played in Serie A were played by foreign players, the highest in Europe’s Big Five leagues. It makes sense, right? Fewer opportunities to play equals fewer opportunities to grow?

So does that explain why Italy will be watching the World Cup on TV? Easy there, partner. Because while Portugal have yet to qualify — they face North Macedonia on Tuesday night, with the winner punching a ticket to Qatar — nobody would accuse them of not being good at producing top footballers. And yet, guess what? Some 60.7% of minutes played in the Portuguese top flight this season were gobbled up by non-Portuguese players.

Gab and Juls discuss Roberto Mancini’s comments about wanting to remain in charge of Italy.

Funny, then, that all these foreigners don’t stifle Portuguese talent production lines in the same way, eh? Ah, but there’s an answer to that. Portugal export tons of players — there are more than 60 playing in Europe’s Big Five leagues — so it’s OK to have many foreigners domestically if you’re sending plenty of your “own” players abroad.

OK, that sort of makes sense. Unlike Portugal, Italy don’t export many players. They have four in Ligue 1, one in the Bundesliga, three in the Premier League and none in LaLiga. That’s only eight in total. Got it.

Except … what about England? Foreign players in the Premier League accounted for a whopping 66.2% of the minutes played in the Premier League this season … more even than Italy’s foreign contingent. And no, they don’t exactly export top talent. In fact, there were just 15 Englishmen playing in the German, French, Italian and Spanish top flights. Just three of them (Jude Bellingham, Tammy Abraham and Fikayo Tomori) have been capped in the past few seasons, which is actually fewer than the number of foreign-based Italians who made it into Roberto Mancini’s squad (he had four: Emerson, Gianluigi Donnarumma, Marco Verratti and Jorginho).

So, no … maybe that’s not it either. I mention all this underscore how easy theories come and go to explain national team success. Personally, I lean towards believing that competition for places makes you better and no, having to compete with all these foreign players for playing time doesn’t necessarily stifle your development. On the contrary, you need to raise your level if you want to play so those that do play tend to be better.

But that’s just my sense, based on anecdotes and conversation with football folk. I could be wrong. The point here is simply to point out the pitfalls of extrapolating grand theories using out-of-context data.

Who would have thought? Most Premier League fans are happy with their owners

One of the more interesting things I read this weekend was Nick Harris’ poll of more than 100,000 Premier League fans, asking them how they felt about their clubs’ owners.

Some of it was not surprising. The Glazers ranked dead last, with an approval rating of just 4% from Manchester United fans. (Actually, I did wonder how it was that high … maybe they polled the Glazers’ extended family?) Nor was it surprising that top of the pile was Brentford‘s Matthew Benham, who built a new stadium, got the club promoted twice and steered it to mid-table, all while working on a budget.

What did surprise me was that, if you exclude the two clubs that have changed hands since the survey (Southampton and Newcastle) just four owners had an approval rating of less than 50%: the Glazers at United (4%), Farhad Moshiri at Everton (14.2%), David Sullivan and David Gold at West Ham (15.1%) and Stan Kroenke at Arsenal (30.3%).

United fans’ distaste for the Glazers runs deep and is well-chronicled. Moshiri, you assume, pays the price for the club’s poor performance and seeming lack of direction. Kroenke isn’t exactly charismatic and Arsenal, until a few months ago felt like they were drifting, at least relative to the “golden years” of the Arsene Wenger era a decade ago. The poor performance of the West Ham owners, however, suggests that some fans don’t just care about league position and results on the pitch (they finished sixth last year and are seventh right now), but take a broader view of who their owners are and whether they’re good for the club.

At the top end, 12 of the owners had approval ratings of more than 75%, which is some level of devotion from your fans. Maybe supporters are a little more enlightened than many give them credit for. What do they want from their owners? Somebody who can be a good steward for the club, won’t embarrass them in public, won’t use the club as a personal piggy bank, will listen to supporters and who, when he or she leaves, will leave it better off than when they arrive.

Because to paraphrase the old Patek Philippe ad: “You never actually own a football club … you simply look after it for the next generation.” 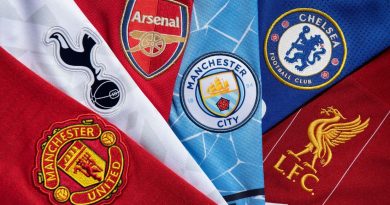