The Presidency has slammed the opposition Peoples Democratic Party (PDP) for its latest attack on the ruling All Progressives Congress (APC) party and Muhammadu Buhari’s government.

In a statement on Sunday, the PDP said the emergence of former Nasarawa State Governor, Abdullahi Adamu as the National Chairman of the APC would worsen corruption and economic hardship in the country.

A statement by the National Publicity Secretary of the PDP, Debo Ologunagba, had also stated that the “imposition of Senator Abdullahi Adamu, a man who was arraigned in Court on 149 counts of alleged fraudulent award of contracts and stealing of public funds estimated at N15 billion, as its National Chairman,” was proof that the APC cannot fight corruption.

With his corruption case with the Economic and Financial Crimes Commission (EFCC) was still very much alive, Adamu and 10 other PDP senators defected from the PDP to the APC in January 2014.

However, in a statement signed by Garba Shehu, Senior Special Assistant on Media and Publicity to President Buhari, the Presidency described Adamu and some others as sinners who have repented.

The Presidency said it was wrong for the PDP to think that some of its members who joined the APC could not take up leadership positions.

“What the Convention made clear was how the media has been peddling fake news of division, when the hard reality of unity, cohesion, and indeed personal warmth between members of the party’s leaders – incoming and outgoing – was evident for all to see,” Shehu claimed.

“Of course, the blame for this mindset ought rightly to go to the opposition who in all these years had done the work to only divide the country, leading to all manner of separatist agitations.

“When their fake news of disunity was undone by the facts, some in the opposition could not help themselves but took to the newspapers and the airwaves to find another way to shore up their reputations.

“That some of the APC’s new leadership were once in the opposition was the new line to take to the media, somehow suggesting that those who have left one party should not hold positions in another. Yet, do the Scriptures not teach us of the virtue of sinners who repent and change their ways?

“What the Scriptures say less is of sinners who repent, change their tune, and then choose to re-sin in full public view by returning to their former ways.

“Given that most important leaders of the opposition PDP first left the party before they returned to it, we might expect the media to ensure criticism of them. It is incredulous that anyone would consider them trustworthy or acceptable candidates for any public office.”

Incidentally, in 2019, Adams Oshiomhole, the then National Chairman of the APC, had announced that those, who joined the ruling party would have their “sins” forgiven.

He encouraged more politicians in opposition parties to toe the path of some members of the PDP, who had defected to the APC at that time. 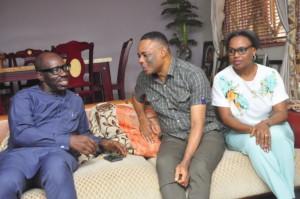 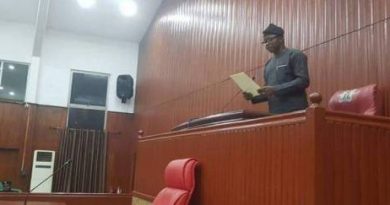 “Perfect storm”: Arizona could prove pivotal in attempts to subvert the next presidential election