Gareth Southgate has questioned the benefits of England boycotting the World Cup finals in Qatar over the country’s human rights record.

Concerns over the treatment of migrant workers and members of the LGBTQ+ community have prompted Southgate and his players to consider taking some sort of action to highlight the issues.

Southgate held a 30-minute meeting at St George’s Park on Tuesday to discuss the situation with his squad, after which captain Harry Kane suggested he would reach out to national captains from other qualified teams to explore the possibility of a unified response.

Some want England to go further and refuse to participate entirely. But Southgate highlighted the complexities involved while referencing the debates over Russian money invested in London, triggered by Vladimir Putin’s invasion of Ukraine, and also the identity of Premier League club owners, following Roman Abramovich’s sanctioning triggering the sale of Chelsea and Newcastle United‘s controversial takeover by Saudi Arabia’s Public Investment Fund.

“I don’t really know what that [a boycott] achieves,” Southgate said. “It would of course be a big story but this tournament would go ahead.

“The fact is, unfortunately, the biggest issue that is probably non-religious or non-cultural is what happened with the building of the stadiums. There’s nothing we can do about that either sadly.

“I think as soon as we’ve entered the tournament that’s the point we decide. We’ve known for four years or eight years that this is going to be in Qatar. Is the stance against Qatar as a country?

“If that’s the case your question is we’re protesting against Qatar as a country? We’re intertwined, as we’ve seen with Russia, with all sorts of investment in our country. Sainsbury’s [a British supermarket whose largest overall shareholder is the Qatar Investment Authority] — are we all going to stop shopping at Sainsbury’s as a protest against Qatar? The Shard [the tallest building in London]. There’s all sorts of property investment.

“We’re in such a complex world of deals. As we’ve seen with Saudi Arabia recently. On the one hand, people are saying about the investment in Newcastle.

“On the other we are going to ask them to reduce the oil prices so we can get our petrol cheaper. We’re all observing these things, all in a state of ‘well, this is really difficult and intwined.’

“That’s what I said before Christmas. This is complicated. I know the issues themselves aren’t complicated but all of the repercussions, the diplomatic relations, dealing with other countries and other organisations are extremely complicated, I think.”

Pushed on whether a boycott was therefore too simplistic as a response, Southgate continued: “It’s possible but that’s not a decision the players and myself can make. I know I hear various versions of this but my understanding is the discussions the FA has had with organisations like Amnesty International is that they feel there would be more change if we go and these things are highlighted. That’s also guiding some of the thinking on that.

“I think the conversations with the players the other day were very important. We’re trying to reduce an enormous amount of information into the key areas and allow the players then some time to think.

“I think that’s provoked a lot of conversations between them, and among players and staff. I think they’re thinking through how do they best respond, how do they try to affect the things that we might be able to affect.

“And again, I’d repeat, there are some things that are cultural and religious, that are going to be very difficult to affect and change. But there’s an opportunity to use the voices, and use the platform in a positive way, without a doubt.

Southgate also said he was in the dark as to why Bukayo Saka was sent home on Thursday evening after testing positive for COVID-19, given the U.K.’s guidelines do not insist on members of the public self-isolating even after contracting the virus.

“I’m lost on the rules really,” Southgate added. “I can’t sit here and give a medical download of all that. I’m not quite sure why he is out because I think you can carry on now with normal life.

“I think people have an ethical responsibility if they’re positive to stay away from others and stop the spread but by the normal rules of life he could carry on. Football rules are a bit different but I’m in a maze of confusion, frankly.” 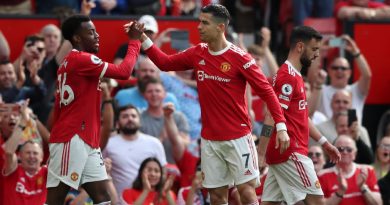 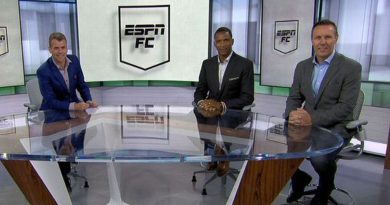 Zidane headbutt statue to be re-installed in Qatar