Italian Football Federation president Gabriele Gravina has said he wants Roberto Mancini to remain in charge of the national team despite the country’s failure to reach the 2022 World Cup.

Gravina said changes are needed following the Azzurri’s 1-0 loss to North Macedonia in Thursday’s playoff semifinal in Palermo but a coaching move is not one of them.

“I hope Mancini will immediately dispose of the bitterness we all have and continue, because he has a commitment with us,” Gravina said.

Mancini, who guided Italy to Euro 2020 glory last summer, described the shocking result against North Macedonia, which left Italy out of a World Cup for a second straight time, as his “biggest personal disappointment” and added that the setback was “too great” to talk about his future.

Gravina said Mancini and Italy must move on from this huge disappointment and come back stronger.

“When you are part of the world of sport you need to accept these verdicts,” he said. “The joy of the European Championship remains but now this unexpected bitterness has arrived, perhaps an undeserved result but this is football.

“There is a project, and we will react. We must go ahead with our heads held high, protect our affection for our national team. Some mistakes have been made and we need to understand their nature.”

Gravina said this as an opportunity to make changes that will benefit the national team.

For that to happen, everyone must be on board.

“This result tells us that there is something to be done in our football, beyond reforms or formats,” he said. “We begin to wonder if our youngsters should play more in our leagues. In the Primavera [Italian youth competition], only 30% of Italian players are used.

“I’m saddened that the [national team] players only saw each other for a day to prepare for this game, but I don’t want to enter a controversy.

“There are business interests linked to club management, legitimate, and regarding the national team, there is always great resistance from the clubs. The national team is seen more as a nuisance than as a moment of union for an entire country.”

Mancini said he believes the players are not the core of the problem.

“I don’t know how we ended up here [playoffs],” he said after the game. “We won a European championship, we went unbeaten for two and a half years so one thing I know is that our players are very good.”

Chelsea‘s Jorginho, who missed two penalties against Switzerland in qualifying, including in the 1-1 draw in November that would have given Italy direct qualification for the World Cup, said after Thursday’s loss: “When I think about those [penalties], it hurts. I will think about that all of my life. To miss twice, not be able to help your country, it’s something that stays with you.”

Paris Saint-Germain‘s Marco Verratti added: “It was a nightmare. We must ask ourselves questions. There is a bit of bad luck, but luck is sought. It’s tough to go from the stars to the stables. In football you have to score and we didn’t.

“I spent special moments with my teammates, and I will always be proud of them.” 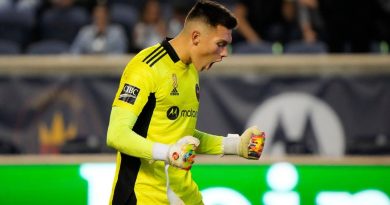