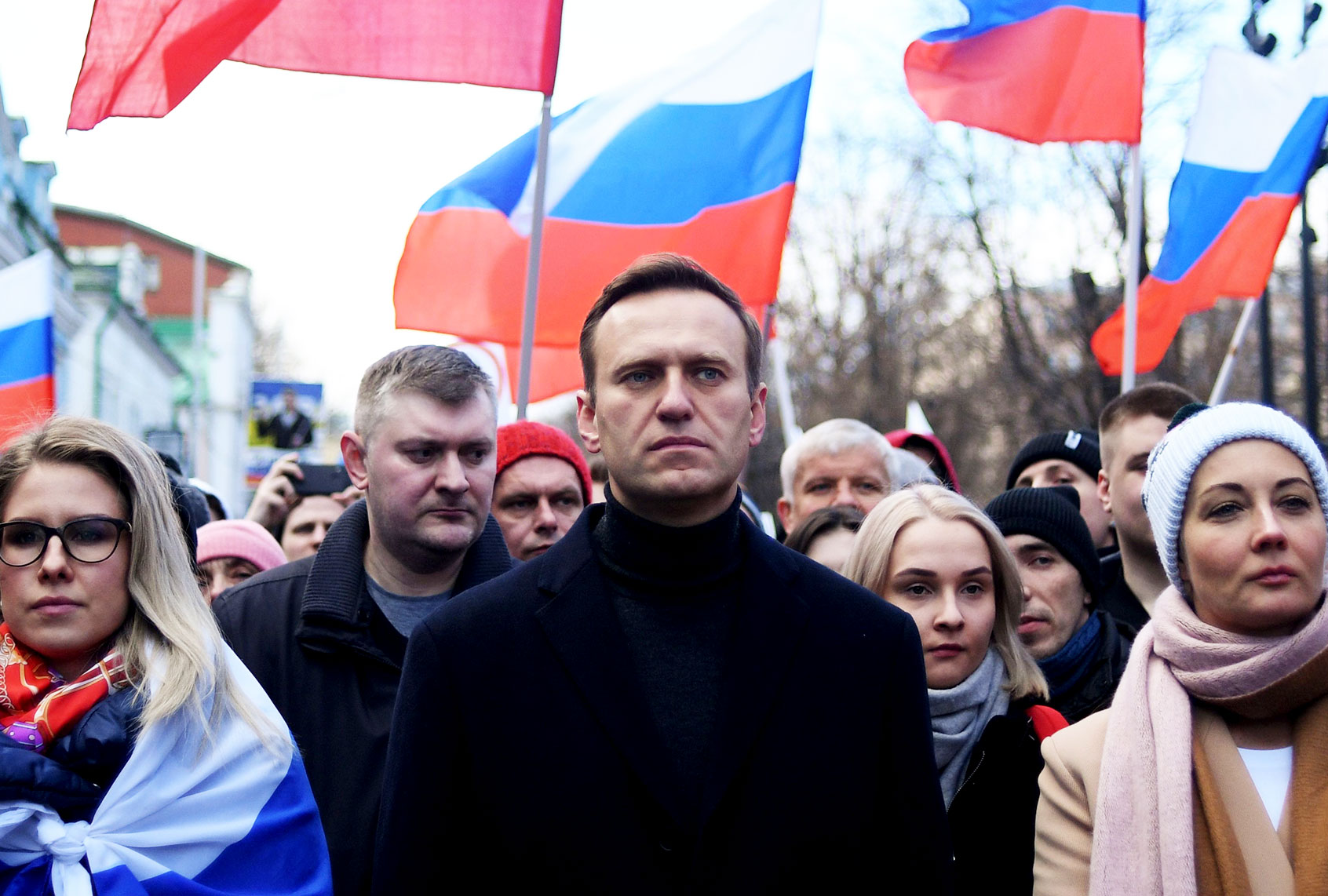 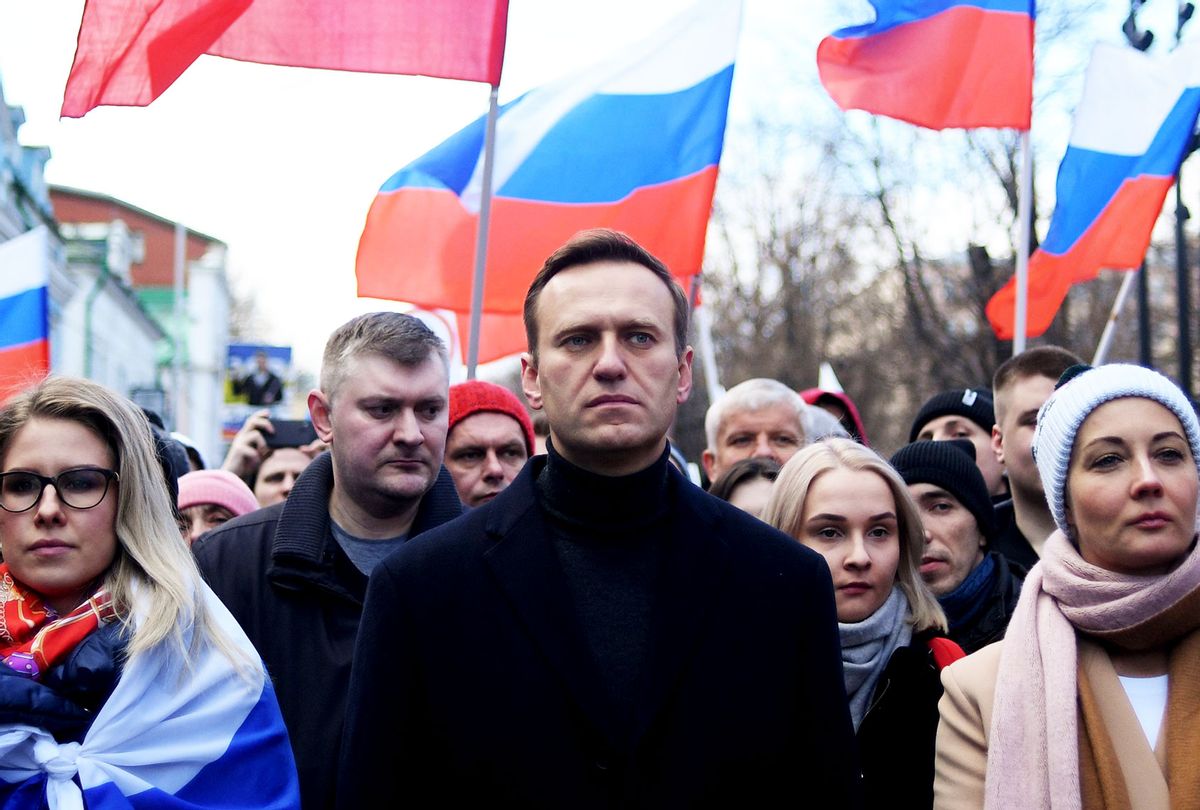 A Russian court on Tuesday sentenced opposition leader Alexei Navalny to nine years in prison after what international observers decried as a “sham” trial.

Navalny was imprisoned last year after Western intelligence officials said Russian agents tried to assassinate him with poison, a tactic the Kremlin has reportedly employed numerous times against perceived opponents of President Vladimir Putin. (Russia denies this.) Navalny, who was arrested dozens of times for leading protests against the Putin regime, was serving a two-and-a-half-year sentence after Russian prosecutors accused him of violating his parole by failing to report to authorities, including while he was recovering from the poisoning in Germany.

A Russian court set up in the maximum-security prison where Navalny is imprisoned sentenced the opposition leader to serve an additional nine years in a high-security prison and pay a fine of about $11,500 after convicting him of fraud, according to the New York Times. Prosecutors alleged that Navalny and his Anti-Corruption Foundation, which Russia banned as “extremist” last year, had embezzled large sums of donated money.

After the trial, Navalny attorneys Olga Mikhailova and Vadim Kobzev were arrested and hauled away in a prison van, according to CNN. A Russian state news agency reported that they were detained for failing to comply with demands to unblock the road after the hearing.

Critics decried the trial as a way for the Kremlin to keep a leading critic locked up amid its unprovoked invasion of Ukraine.

Amnesty International last month said that Navalny’s “sham trial,” which was attended by prison guards rather than members of the media, “breaks international human rights law and clearly deprives Navalny of his right to a fair trial.”

Navalny’s Anti-Corruption Foundation last week released a video showing that the judge in the case had received numerous phone calls from a number that researchers traced back to the head of public relations for the Kremlin. The New York Times reported that the judge was promoted to a more senior position last week.

“The case was entirely fabricated by specific people,” Ivan Zhdanov, one of the group’s leaders, said in the video. “This verdict is being written by Putin’s officials.”

Navalny used the highly publicized trial to continue to stoke opposition to Putin.

“It is every person’s duty to fight against this war,” Navalny declared in the makeshift courtroom last week, arguing the invasion was cooked up by a “group of crazy old men who don’t understand anything and don’t want to understand anything.”

After his sentencing, Navalny tweeted a quote from David Simon’s HBO series “The Wire.”

“9 years. Well, as the characters of my favorite TV series ‘The Wire’ used to say: ‘You only do two days. That’s the day you go in and the day you come out,'” he wrote. “I even had a T-shirt with this slogan, but the prison authorities confiscated it, considering the print extremist.”

Leading Kremlin critic Bill Browder, another Putin foe who has been targeted for arrest, said Navalny was imprisoned “for the crime of simply standing up to Putin.”

“Alexei is the Nelson Mandela of Russia,” he tweeted. “Remember this man when Putin falls. A proper leader in waiting.”

In a subsequent Twitter thread, Navalny vowed that the prison sentence would not silence him or stop the work of his Anti-Corruption Foundation. Just on Monday, the group released a video detailing evidence that Putin was hiding a $700 million yacht in Italy.

“Words have power,” he wrote, “Putin is afraid of the truth.”

The Kremlin in recent weeks has led a massive crackdown on information amid its bombardment of Ukraine, blocking Facebook and Instagram and threatening to imprison journalists who report information the Kremlin does not like. Thousands of protesters have been arrested for opposing the invasion.

Tuesday’s sentence could allow Russia to move Navalny to a higher security prison far away from Moscow, which would make it more difficult for his family and allies to visit him. His supporters also raised concerns that Russia may again to assassinate him.

“Without public protection, Aleksei will be face to face with those who have already tried to kill him,” Navalny spokeswoman Kira Yarmysh said on Twitter. “And nothing will stop them from trying again. Therefore, we are now talking not only about Aleksei’s freedom, but also about his life.”

World leaders have also spoken out to condemn the trial. German Chancellor Olaf Scholtz last month denounced the trial as “incompatible with the principles of the rule of law.” President Joe Biden last year said he warned Putin there would be “devastating” consequences if Navalny dies in prison.

Navalny on Tuesday said he was “very grateful” for the support from around the world.

“I want to say: the best support for me and other political prisoners is not sympathy and kind words, but actions,” he added. “Any activity against the deceitful and thievish Putin’s regime. Any opposition to these war criminals.”

How to get rid of gnats, once and for all

Topped with buttercream, these sugar cookies are perfect for everything from birthdays to lunchboxes