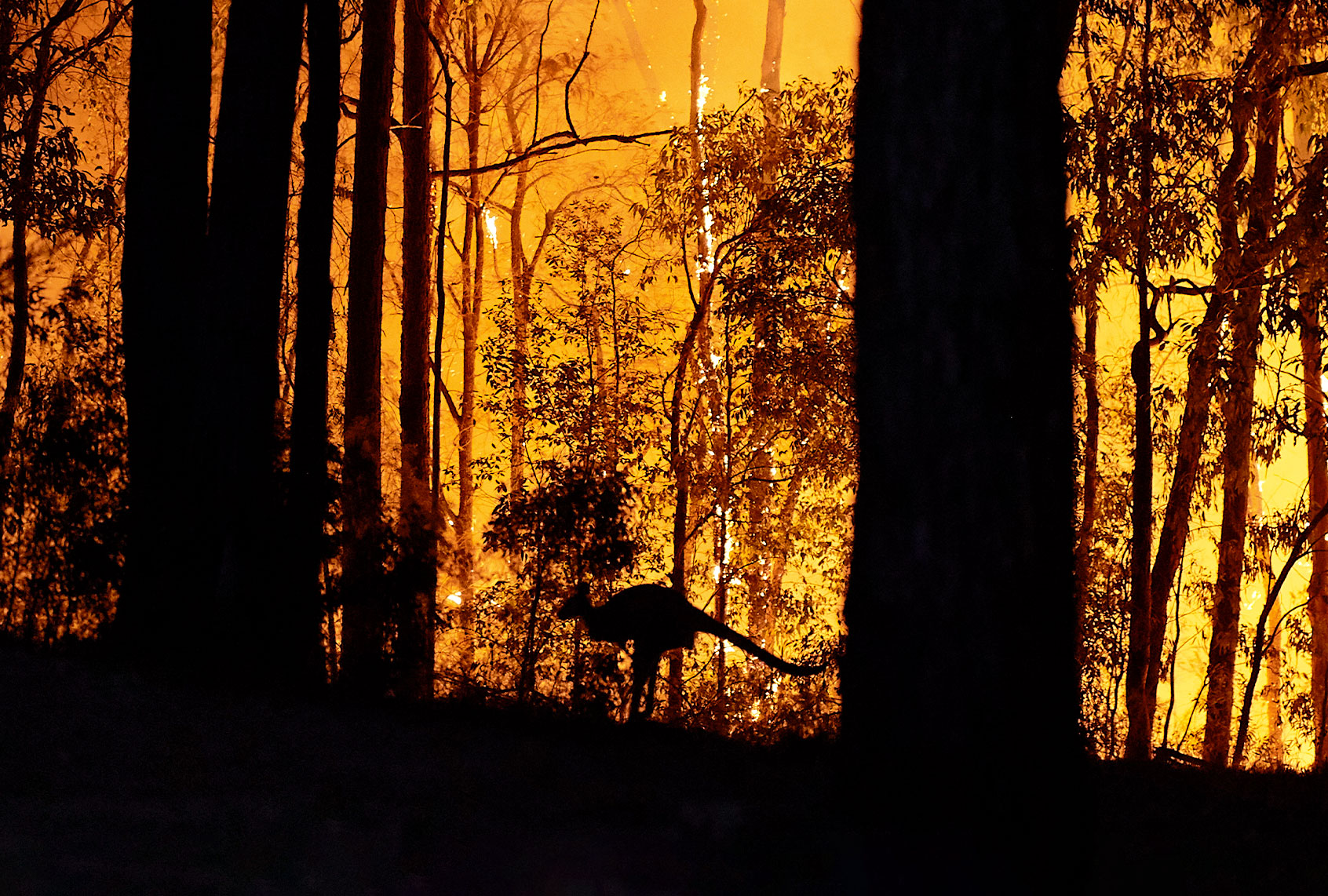 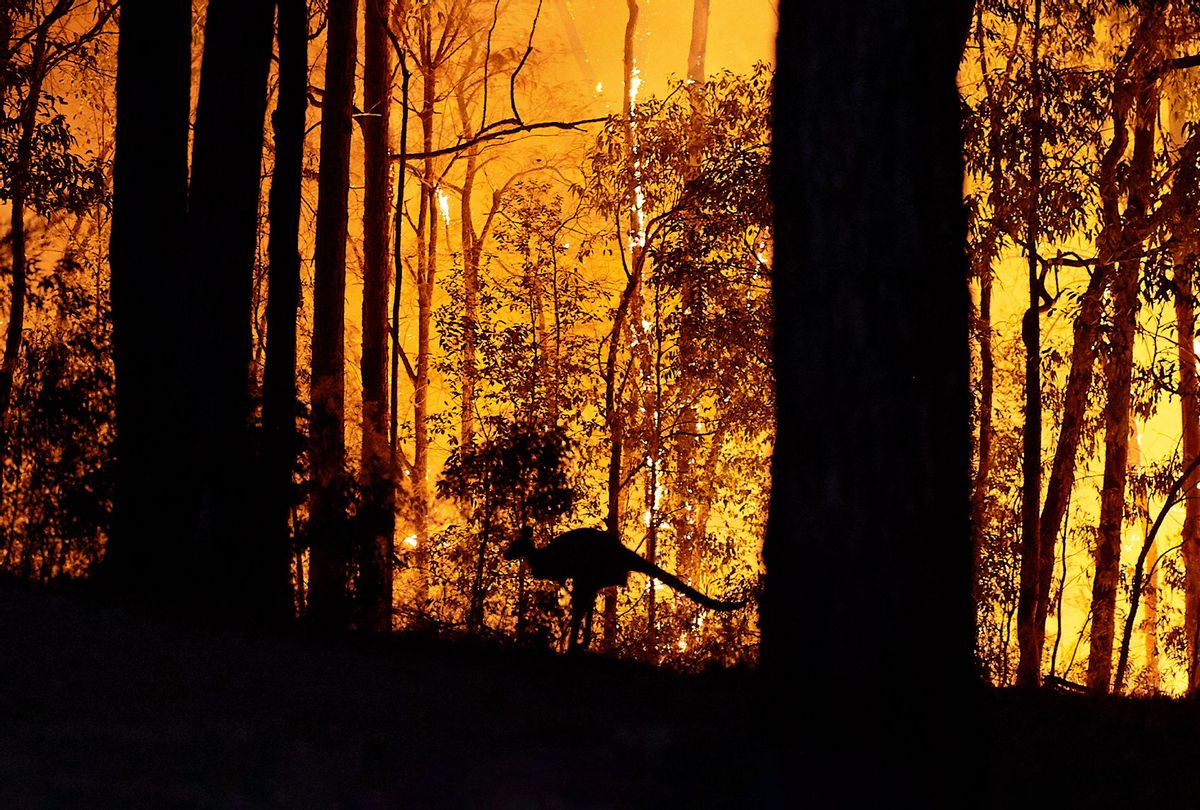 Few layers of Earth’s stratosphere are as important to humans — or as endangered — as the ozone layer, so-named because of its disproportionately high concentration of the molecule ozone (O3). Without the ozone layer, more ultraviolet (UV) radiation from the sun would reach the ground, harming any exposed life forms and increasing cancers and other radiation-linked diseases as the planet cooks

Unfortunately, thanks to global warming, all of those things are already happening. A United Nations panel found that climate change will increase the frequency of wildfires by up to 50% by 2100. Forests in the American west are already turning into scrubland because wildfires have become more common than they once were.

That means the climate change–wildfire cycle has become a self-reinforcing loop, and a new study in the journal Science illustrates just how much that is the case: Smoke from major wildfires, like human carbon emissions, destroys the ozone layer for months in affected areas.

“The Australian fires injected acidic smoke particles into the stratosphere, disrupting the chlorine, hydrogen and nitrogen chemistry that regulate ozone,” Peter Bernath, research professor at the University of Waterloo’s Department of Chemistry and the study’s lead author, said in a news release. “This is the first large measurement of the smoke, which shows it converting these ozone-regulating compounds into more reactive compounds that destroy ozone.”

The Canadian Space Agency’s Atmospheric Chemistry Experiment satellite has an infrared spectrometer which measured light waves from the smoke particles caused by Australia’s “Black Summer” fires. In the study, the authors noted that the smoke particles “produced unexpected and extreme perturbations in stratospheric gases beyond any seen in the previous 15 years of measurements, including increases in formaldehyde, chlorine nitrate, chlorine monoxide, and hypochlorous acid and decreases in ozone, nitrogen dioxide, and hydrochloric acid.”

RELATED: The Amazon Rainforest is approaching a “tipping point” beyond which it would become barren

They added, “These perturbations in stratospheric composition have the potential to affect ozone chemistry in unexpected ways.”

While the effects of the Black Summer fires were temporary, in the sense that the ozone seemed to return to its normal state after a period of time, it is unclear what the long-term effects will be on the atmosphere if wildfires occur more regularly. Scientists expect that this will indeed be the case as climate change worsens; the challenge will rest in figuring out exactly how the increased number of wildfires is being specifically caused by the warming of the planet.

“There’s no doubt that climate change is playing a role here,” Professor Dean L. Urban, Professor of Environmental Sciences and Policy at Duke University, previously told Salon. “The complicated part is separating climate from weather: climate is essentially the long-term average weather. So in the west now we’re seeing a warming climate, plus a long-term drought, plus freakish short-term weather (for example, the lightning storms in [California], and the crazier than usual winds).”

Uban added, “Climate change and weather are linked, of course, in that under climate change we expect warmer weather but we also expect more extreme events.”

There are ways for public authorities to manage lands that are likely to set on fire so that the chances of that happening are reduced. At the same time, as Francis E. Putz, botanist at the University of Florida told Salon in 2020, the only effective long-term solution to the problem of increased wildfires is to address climate change.

“If we do not address the climate change issue, no amount of forest management is going to avoid this sort of situation in the future — and note that the rate of change has increased, not decreased or stabilized,” Putz told Salon.

“Can I put my pants on?”: Video shows Trump official who pushed “Big Lie” detained in his underwear

Which ‘Love Is Blind’ Couples Are Still Together? Find Out Where Everyone Is Now