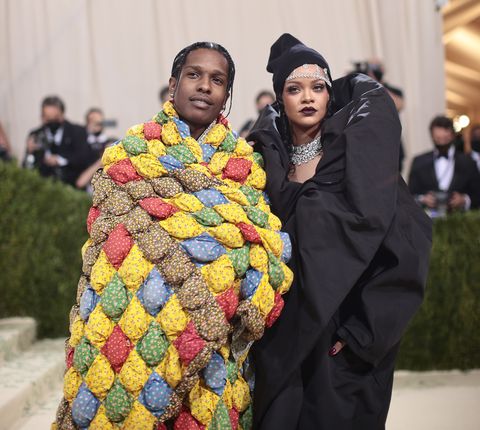 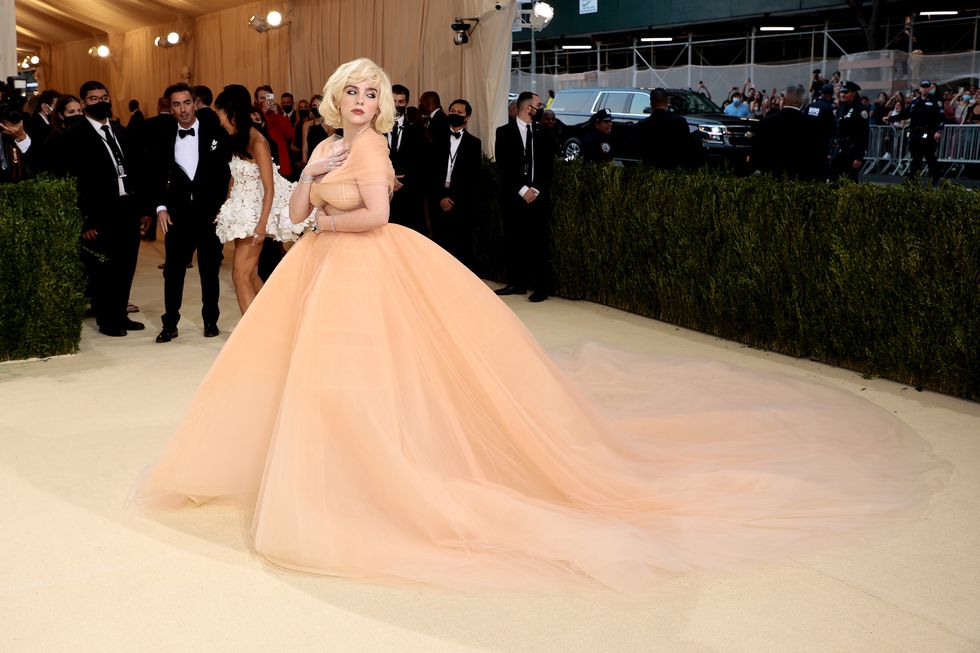 No occasion grants celebrities the chance to peacock with quite the unbridled excess of the annual Met Gala; even the Oscars red carpet can’t compete as fashion’s biggest night. With “Gilded Glamour” as the theme of this spring’s event, there would seem to be no limits to how big, bold, and bejeweled the evening’s looks might go.

The VIP party, a benefit for the Metropolitan Museum of Art’s Costume Institute and a tradition stretching back to 1948, will serve as a continued celebration of the museum’s In America exhibition. Thankfully, however, this year’s party will honor Part Two of the showcase, meaning celebrity stylists can move on from last year’s mind-boggling theme.

The 2021 benefit, “In America: A Lexicon of Fashion,” was moved to September due to the pandemic, created an unfortunate parade of conflicting aesthetics: Some stars went the Western route (see: Jennifer Lopez); others opted for Old Hollywood (see: Billie Eilish); and still others seemed to forego the theme entirely in favor of a personal branding statement (see: Kim Kardashian). The evening—ostensibly built around the question “Who gets to be American?”—largely lacked the cohesiveness and creativity of previous Met Gala themes, such as 2019’s infamous “Camp: Notes on Fashion” and 2018’s “Heavenly Bodies: Fashion and the Catholic Imagination.” But 2022’s “In America: An Anthology of Fashion” is meant to be more of a “historical retrospective,” according to Vogue. (New York Times fashion reporter Vanessa Friedman confirmed the theme to be “Gilded Glamour.”) A clear nod to the United States’s Gilded Age, a time of immense economic growth between the Civil War and the turn of the 20th century, the theme seems certain to manifest gold and over-the-top opulence.

As the stars prepare their wardrobes, here’s what we know so far about this year’s celebration.

The big night will take place at the Metropolitan Museum of Art in New York City on May 2, 2022. Last year, Vogue streamed the red carpet live and is expected to do so again.

Who are this year’s co-chairs?

What is the theme, and what does it mean?

Drawing off of the official theme of “In America: An Anthology of Fashion,” the secondary—or perhaps more straightforward—theme seems to be “Gilded Glamour,” as first reported by Friedman. Given that the official exhibit will be presented in the museum’s period-centric rooms, “Gilded Glamour” theme is likely intended as an homage to American history, particularly that of the Gilded Age, which ran roughly from 1870 to 1900. The era is known for major industrialization, when business titans like John D. Rockefeller, J.P. Morgan, and Cornelius Vanderbilt made their fortunes. But the moniker of the era, sourced from Mark Twain’s book The Gilded Age: A Tale of Today, probed at the underlying issues of the period. After all, “gilded” does not mean “golden,” but rather a thin covering of gold veneer. The name also nods to the hypocrisy of the age, during which the facade of wealth couldn’t hide immense income inequality, political upheaval, and post-Civil War racism.

The fact that men like Rockefeller amassed grand estates while average citizens lived in tenements will likely strike a chord with onlookers in the modern era, watching billionaires rocket to space while the country reels in the wake of a pandemic. With that in mind—and the fact that the Met Gala was frequently criticized for its tone-deaf festivities, even pre-COVID—the theme is an interesting, and potentially controversial, choice.

Who’s invited to the Met Gala and who’s coming?

An official guest list has yet to be announced, nor are any rumors of attendees confirmed. The co-chairs will of course be in attendance, but fans can likely expect to see the usual guests return, such as Jennifer Lopez, Lady Gaga, Billie Eilish, Selena Gomez, and potentially Rihanna (though with a baby on the way, all bets are off).

Can I go to the Met Gala?

If you’re famous—maybe! If you’re not—well, tough luck. Invites are selective, and tickets cost $35,000 each, with tables running from $200,000 to $300,000, per the New York Times. Unless you have VIP credentials and cash to burn, it’s likely you’ll have to watch from the couch with the rest of us. But worry not. With live coverage of the event, we promise to make admiring from afar just as fun.

23 simple dessert recipes for Memorial Day (or all summer long)