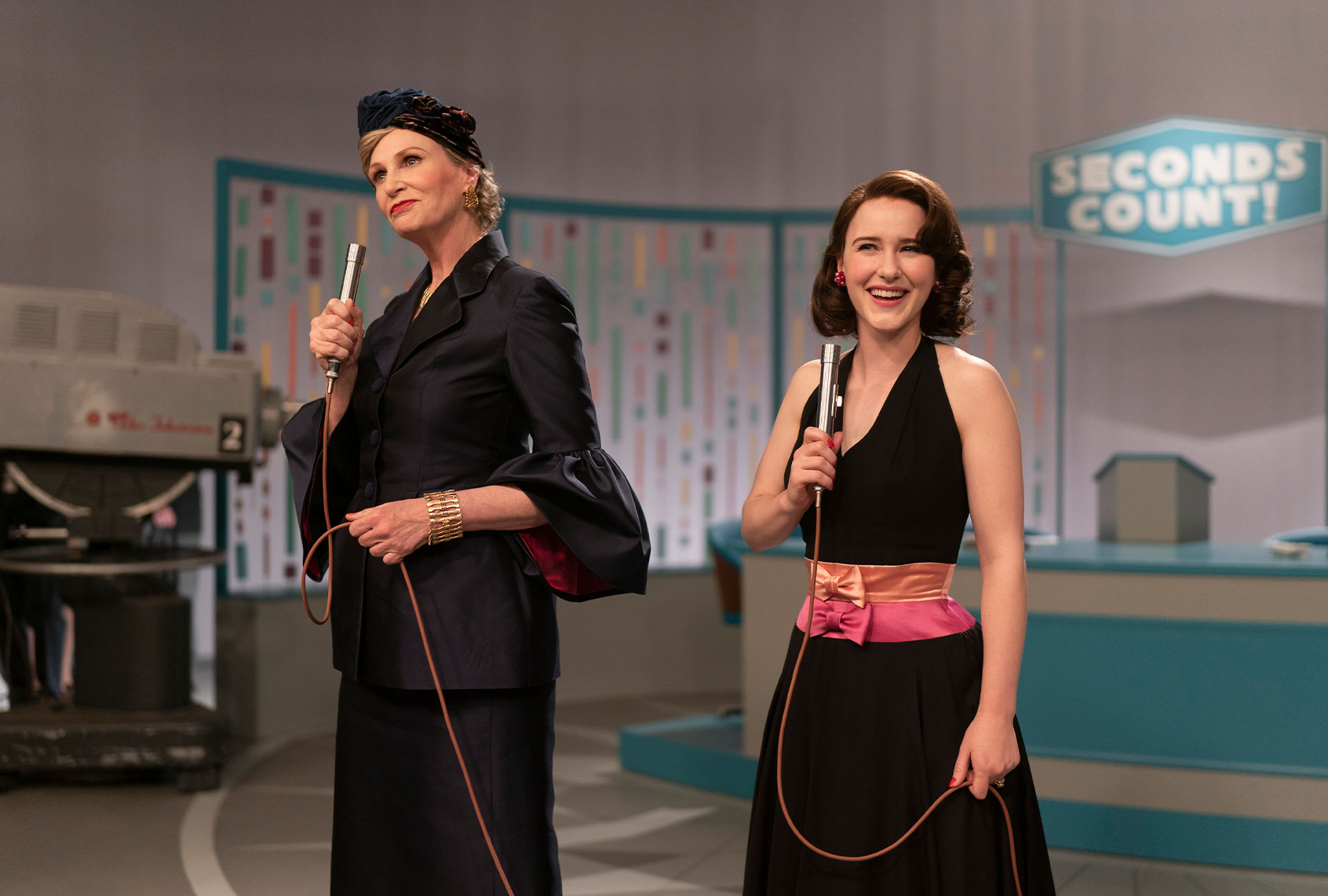 By now, everyone knows that the indomitable “Mrs. Maisel” — marvelous doesn’t seem strong enough — was inspired by the life and career of the equally formidable Joan Rivers. The show also features sometimes-oblique references to a variety of real-world figures, from Lenny Bruce to Moms Mabley to Harry Belafonte. Spotting those references is one hefty part of the show’s charm. For a few fusspots, critiquing what the show gets wrong is another.

Like Midge Maisel, Joan Rivers was a Jewish divorcee from a well-heeled family who took up comedy in her 30s to give voice to the experiences of women through edgy, stream-of-consciousness stand-up. Rivers also dressed impeccably and challenged gender norms with routines that included blue material — again, just like Maisel. 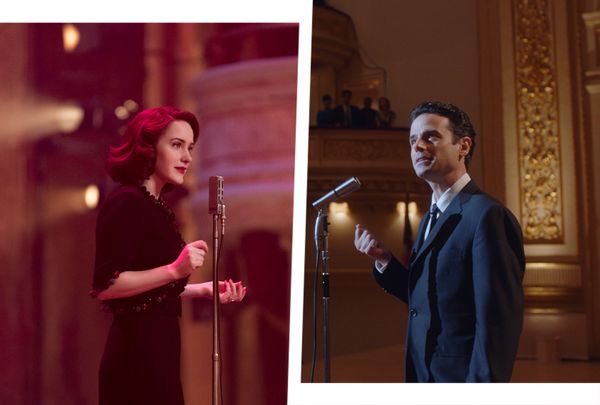 Rachel Brosnahan (Miriam ‘Midge’ Maisel) and Luke Kirby (Lenny Bruce) in “The Marvelous Mrs. Maisel” (Photo illustration by Salon/Prime Video/Christopher Saunders)In Lenny Bruce, Rivers had a secret champion. One evening, after she bombed inexplicably during a set in a small Greenwich Village club, he sent a note backstage: “You’re right, and they’re wrong.” Rivers kept the note for years and read it for inspiration whenever things got hard. On the show, Bruce goes a lot further to support Maisel’s career, and the two characters become much more intimate than Rivers and Bruce ever did, as far as we know, in real life.

RELATED: The dark side of Joel on “The Marvelous Mrs. Maisel”

There are other differences between Maisel and Rivers, of course. Maisel’s on-screen father is a mathematician; Rivers’ real father was a doctor. Early in season 1, Maisel worked on the floor of a department store. Rivers, by contrast, was a successful purchaser for Lord & Taylor before becoming the youngest-ever buyer for a nationwide chain called the Bond Stores. Perhaps most importantly, while Maisel relies on her family for support during the early part of her career, maintaining her bourgeois lifestyle, things were much harder for Rivers.

“She was good with her money and knew how to make a buck go quite a long way,” said Buzzi, who remembers Rivers concocting tasty meals in her tiny New York apartment out of ketchup-and-water soup with beans or noodles.

One of Midge Maisel’s primary foils on the show — Sophie Lennon, played with over-the-top bravura by the great Jane Lynch —seems to have been inspired by two real-world figures, rather than just one. In her appearance and comedic style, she’s an amalgamation of the two biggest female comedians of the 1950s, Phyllis Diller and Totie Fields. 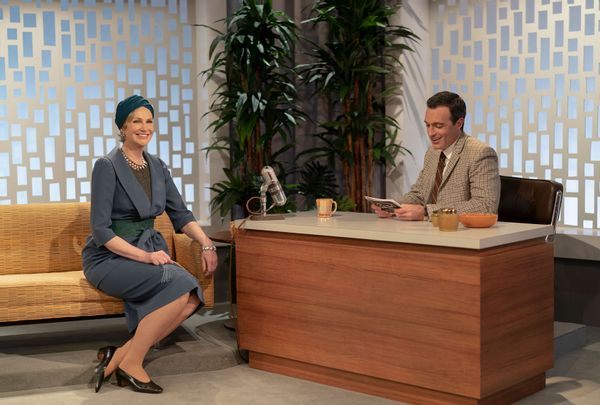 Jane Lynch as Sophie Lennon and Reid Scott as Gordon Ford in “The Marvelous Mrs. Maisel” (Prime Video)Lynch plays Lennon as a stylish, haughty performer. Lennon, meanwhile, pads her disheveled costume with a fat suit to create the “Sophie from Queens” character that made her famous. Diller, an attractive comedian, used makeup to create a more homely character. Fields, who began her career as a child singer, carried 190 pounds on her 4-foot-11 adult frame. If you combine Diller and Fields, you get the plump, frumpy Sophie.

Lennon’s comedic delivery and material are very Diller- and Fields-esque, too. She relies on self-deprecating one-liners about cooking, cleaning, fashion, and marriage that play into, rather than challenging, 1950s patriarchy. Similarly, while Diller and Fields certainly achieved trailblazer status by succeeding in an era dominated by men, their comedy was considered comfortable, rather than provocative, because it presumed a subservient place for women.

By contrast, neither Maisel nor Rivers — divorced, modern women — would ever be described as subservient. Maisel’s willingness to speak truth to power in unvarnished terms propels her career, even while threatening to derail it. Rivers’ insistence on using dirty language rubbed some audiences the wrong way, but also helped make her who she was.

“You’ll go a lot further in the mainstream if you aren’t stamped as a ‘blue act’,” Buzzi remembered telling her friend. “But she carried on anyway and it never seemed to affect her in any negative way.” 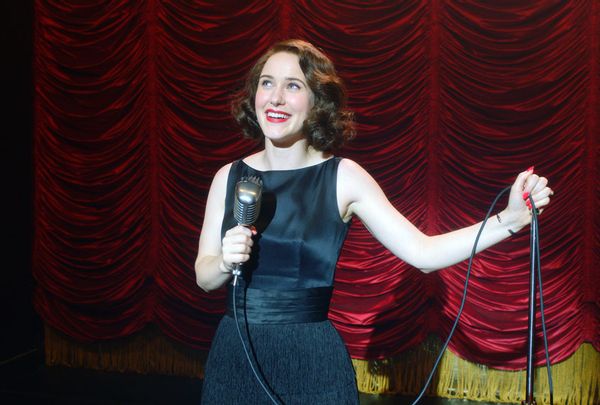 The Marvelous Mrs. Maisel (Amazon)Not everyone supported Rivers like Buzzi and Bruce, however. After her first appearance on “The Tonight Show,” during which Johnny Carson said “You will be a star,” Rivers’ career got a boost, but she still couldn’t break into the top venues.

“I could not understand why certain major clubs around the country refused to book me,” she wrote in her memoir, “Enter Talking.” “I learned later that Totie Fields was spreading the word that I was dirty and vicious, not funny.”

Fields’ attempt to sabotage Rivers’ career — just like Lennon tries to do to Maisel — marks the beginning of a true (and bittersweet) story of resentment and redemption.

Oppression has an unfortunate way of turning oppressed people into rivals. As women working in comedy, a field dominated by men, Rivers and Fields ought to have been allies. Instead, Fields acted as if she owned the “Jewish female comic” niche. Any gig that went to Rivers, she believed, rightfully belonged to her, so Fields did whatever she could to undermine her rival.

Her animosity wasn’t only inspired by jealousy, however. In the mid-1950s, some Jewish women in America began exploring new middle-class identities, a trend Fields disparaged. She grew up in working-class New England, fighting her way to the top. In Rivers, she saw the daughter of a rich doctor living comfortably in an impeccably furnished suburban home: essentially, a Jewish American Princess, a pejorative stereotype that Rivers spent her career lampooning.

“Totie was a gutter fighter,” Rivers wrote in her memoir, “who must have been contemptuous of this earnest college graduate with a circle pin and a small delivery. This comedy parvenue who she thought had never paid any real dues in comedy, never done three shows a night in Sheboygan — and was coming into her territory.”

By the mid-1960s, Rivers’ career started to skyrocket. She played Broadway and Carnegie Hall, and when the Fox network launched, she became the first woman to host her own late-night talk show. Over the subsequent decade, meanwhile, Fields’ health deteriorated. Diabetes led to the amputation of her left leg in 1976, and the next year she was diagnosed with breast cancer, undergoing a mastectomy. 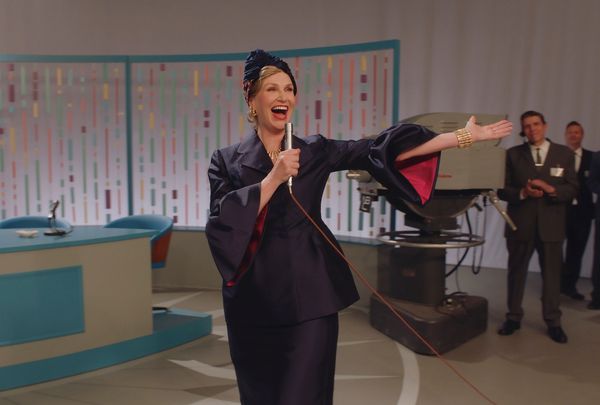 Jane Lynch as Sophie Lennon in “The Marvelous Mrs. Maisel” (Prime Video)Ever gritty, Fields’ kept going, taping an HBO stand-up special in 1978 called “Totie Returns!” Her illness made her unnervingly thin, but while Fields lost weight, she never lost her timing. Her tenacity in the face of her life-threatening illnesses led to her being named “Entertainer of Year” by the American Guild of Variety Artists.

That same year, Rivers was invited to play the newly opened MGM Grand in Las Vegas, where she slayed the packed crowd. In her dressing room after the show, she heard a knock on the door.

“It was Totie, alone, a hundred pounds lighter, limping badly, going blind, and brave, brave, brave.” Rivers recalled in her autobiography. “She climbed two flights of steep metal steps with her wooden leg to tell me she was in the audience and loved the show.”

The two Jewish comedians talked shop, gossiped, and shared thoughts about the future of comedy, quietly ending their feud and establishing a sisterhood mere months before Fields died.

“I adored Totie in that hour,” Rivers wrote. “We were just two women alone together; we both knew she was dying and I would never see her again.”

The antagonistic relationship between Midge Maisel and Sophie Lennon has to have been inspired by the Rivers-Fields rivalry. After a brief truce in the series’ just-concluded fourth season, they ended up at odds with each other again. Perhaps the series’ fifth and final season will give them a chance to overcome their differences. A reconciliation, after all, might be a fitting tribute to the comedians who inspired them.

Potential threat of Elon Musk’s Twitter is bigger than misinformation: He can exploit your data, too 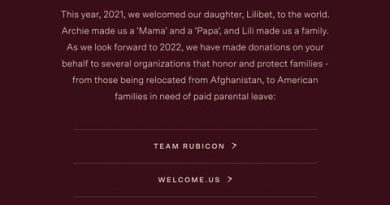 Prince Harry Opens Up About What Baby Lili Is Like at 10 Months Old: ‘Proud Papa Here’

Disney, DeSantis and the “Don’t Say Gay” bill: A Florida showdown over money, power and equality

My Lord and My God thank You so much for Everything in our lives Amen Amen and Amen.

God I Thank For Today

God I thank you

Congratulations to mike Onolemhemhen and to Hon .itulah for your participation in the primaries.There must always be a winner
My joy is Uromi for senate but for house of rep,onbehalf of my family ,i want to say congrat to Odi Okojie in advance.If u dont like this post ,i dey Sambisa come and beat me ... See MoreSee Less

This is my take who ever think negative about it should grow up because one party system had draw us back now any good person who have the people at heart can be sent to represent us in any party.......in odi Okojie I trust uromi for house of representatives uromi for senate

Mike for senate and odi okojie for rep, it is uromi leap year to have the two, as the two where not with us for good eight years

Stay there none come back