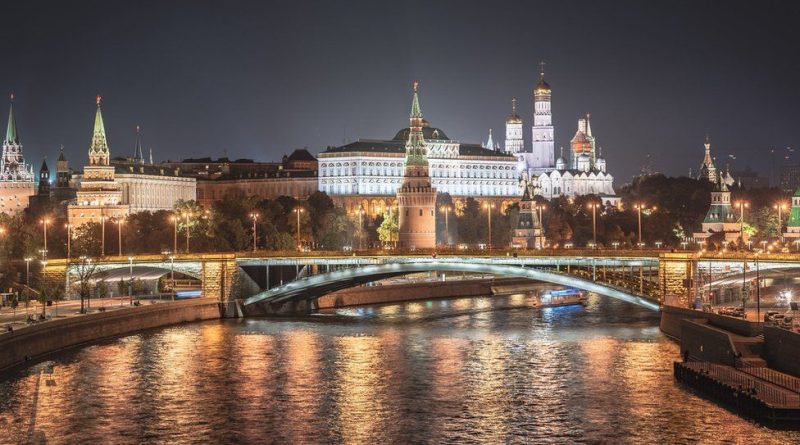 Olena Kurilo became the face of Russia’s invasion of Ukraine. Bloodied and bandaged, the 53-year-old teacher said she couldn’t believe what had happened to her and her town of Chuhuiv.

Her picture was on the front pages of newspapers across the world.

Over the next few days, Russia’s government social media accounts began to post a video claiming that Olena hadn’t been injured at all.

“Great photos by the way, they were all over the news,” the Russian narrator says.

“A couple of days later, good for her, not a scratch.”

This claim is baseless, the BBC has verified the photo as genuine, as has Reuters. Wild conspiracy theories like these are not uncommon on social media.

But what makes this conspiracy theory so odd is that it was shared by an official Russian government Twitter account – the Russian Mission in Geneva. Two weeks on, the tweet is still live.

The Russian Government has a huge network of official Twitter accounts – the BBC found more than 100 of them. They range from accounts that represent foreign missions or embassies, with a few thousand followers, to accounts with more than a million followers. President Putin has his own account. Many of the accounts are labelled as Russian Government organisations by Twitter.

Yet, while many of these accounts have spread disinformation, Twitter deals with them differently to Russian state media – like RT or Sputnik.

On 28 February, Twitter announced it would prevent tweets from Russian state-affiliated media outlets from being eligible for “amplification” – meaning they wouldn’t be recommended in the Home timeline, notifications, and other places on Twitter. But Twitter has confirmed to the BBC that this policy does not include Russian government accounts.

Tim Graham, a social media analyst at QUT Digital Media Research Centre in Australia, describes this as a “loophole” in Twitter’s moderation policies which lets the Russian government pump out misinformation.

“It’s certainly a blind spot in Twitter’s defences against disinformation,” he says.

Intrigued by this spider web of Russian government accounts, Mr Graham – who specialises in analysing coordinated activity on social media – decided to investigate further. He analysed 75 Russian government Twitter profiles which, in total, have more than 7 million followers. The accounts have received 30 million likes, been retweeted 36 million times and been replied to 4 million times.

He looked at how many times each Twitter account retweeted one of the other 74 profiles within an hour. He discovered that the Kremlin’s network of Twitter accounts work together to retweet and drive up traffic. This practice is sometimes called “astroturfing” – when the owner of several accounts uses the profiles they control to retweet content and amplify reach.

“They are using this as an engine to drive their preferred narrative onto Twitter, and they’re getting away with it,” he says.

“You can’t artificially amplify conversations through the use of multiple accounts,” Twitter’s rules state.

But Twitter doesn’t treat all accounts equally. Tweets from government and elected officials can be given more leeway when it comes to moderation. The company says on its website that there may be a public interest in seeing tweets that would otherwise violate its rules.

However, the company doesn’t treat official accounts differently when it comes to coordinated behaviour – there is no exemption.

The BBC put Mr Graham’s research to Twitter, however the company did not respond directly to his findings.

The BBC also asked the Russian Embassy in the UK about the suggestion that official Russian Twitter accounts behave in a coordinated way – and that many share misinformation. The BBC has not received a response.

On 10 March, the embassy itself tweeted that the bombing of a maternity hospital in the Ukrainian city of Mariupol had been faked. The account claimed that women pictured at the scene were actors.

A photo was posted of a woman being carried on a stretcher, with the words “FAKE” plastered over the image. The claim was false. A few days later it was reported that both she and her baby had died.

Twitter deleted several tweets making the “FAKE” claim, after the BBC flagged them. Yet there are many other examples of Russian disinformation still up on the Russian government’s Twitter accounts.

The unfounded claim that Olena Kurilo wasn’t really injured is still live – it has been retweeted by more than 20 separate Russian government accounts.

Unfounded claims that Ukraine has bioweapons have been shared by the Russian network and are still up – as are claims of an imminent chemical attack being allegedly prepared by Ukrainians.

The problem Twitter has is that proving content is false can be messy and complex in a time of war.

“To effectively moderate is impossible… the information comes at a very rapid pace, and it’s coming from all over the place,” he says.

It appears two things are happening here. Muddled and incomplete information on the ground means only examples of misinformation which are easy to prove are taken down on platforms such as Twitter.

Twitter also said it would also be doing more in the coming days to flag accounts linked to the Kremlin. “We’ll be expanding our government account labels to additional Russian embassies to add context for people interacting with these accounts on Twitter.”

The Kremlin’s social media accounts also exist on Facebook and other platforms – this isn’t a headache consigned just to Twitter.

In January 2021, after the Capitol Hill riots, Twitter banned Donald Trump for his role in repeating allegations of voter fraud. Twitter argued that repeated disinformation, posted from a position of power, had caused real world violence.

As official Russian accounts continue to post wild misinformation during a time of war, it is perfectly possible that the Kremlin will end up facing another sanction – being frozen out of Twitter.

James Clayton is the BBC’s North America technology reporter based in San Francisco. Follow him on Twitter @jamesclayton5. 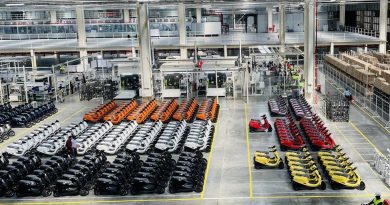 Christian Vierig It can feel completely devastating to realize your hair is thinning or falling out. Too many of us