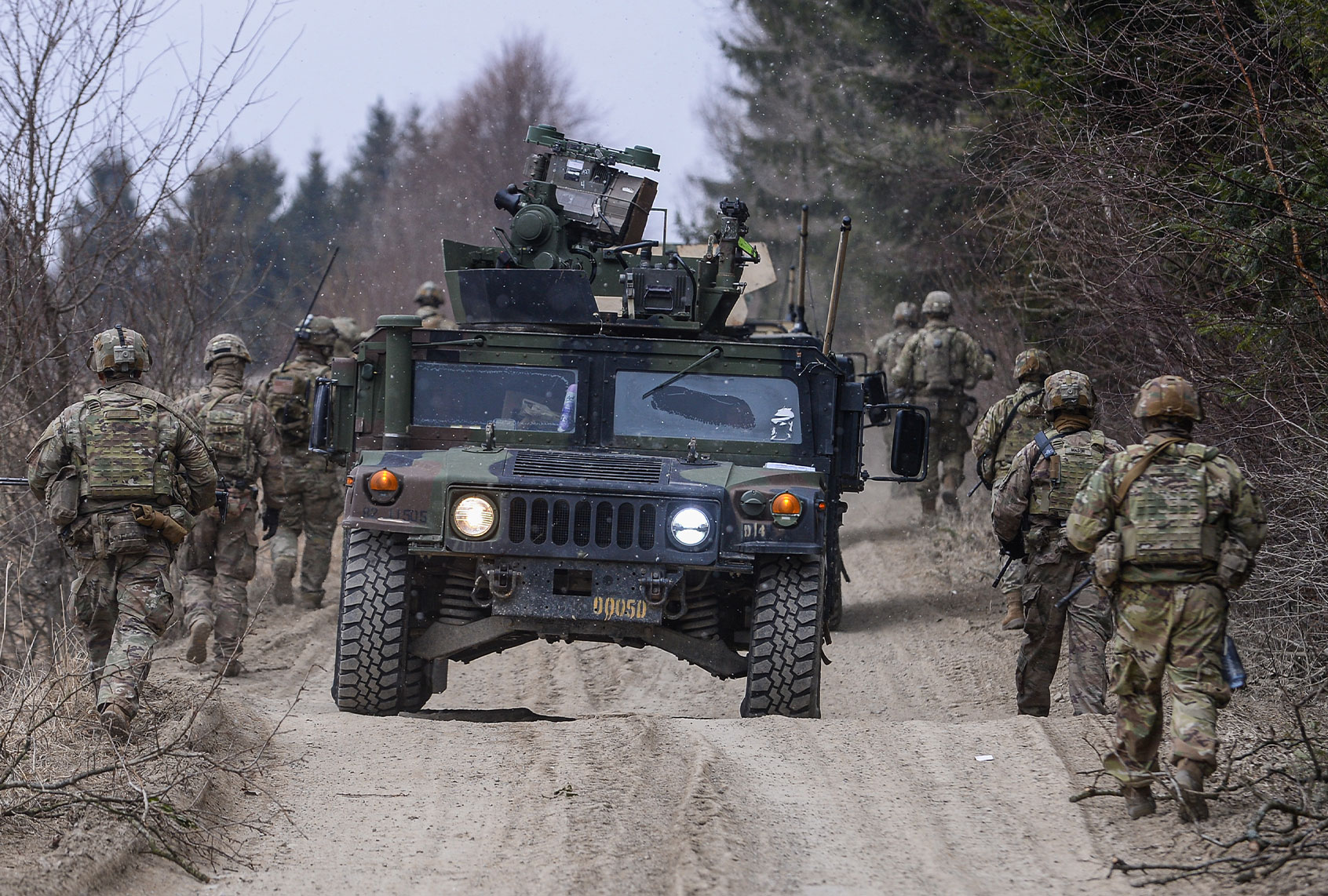 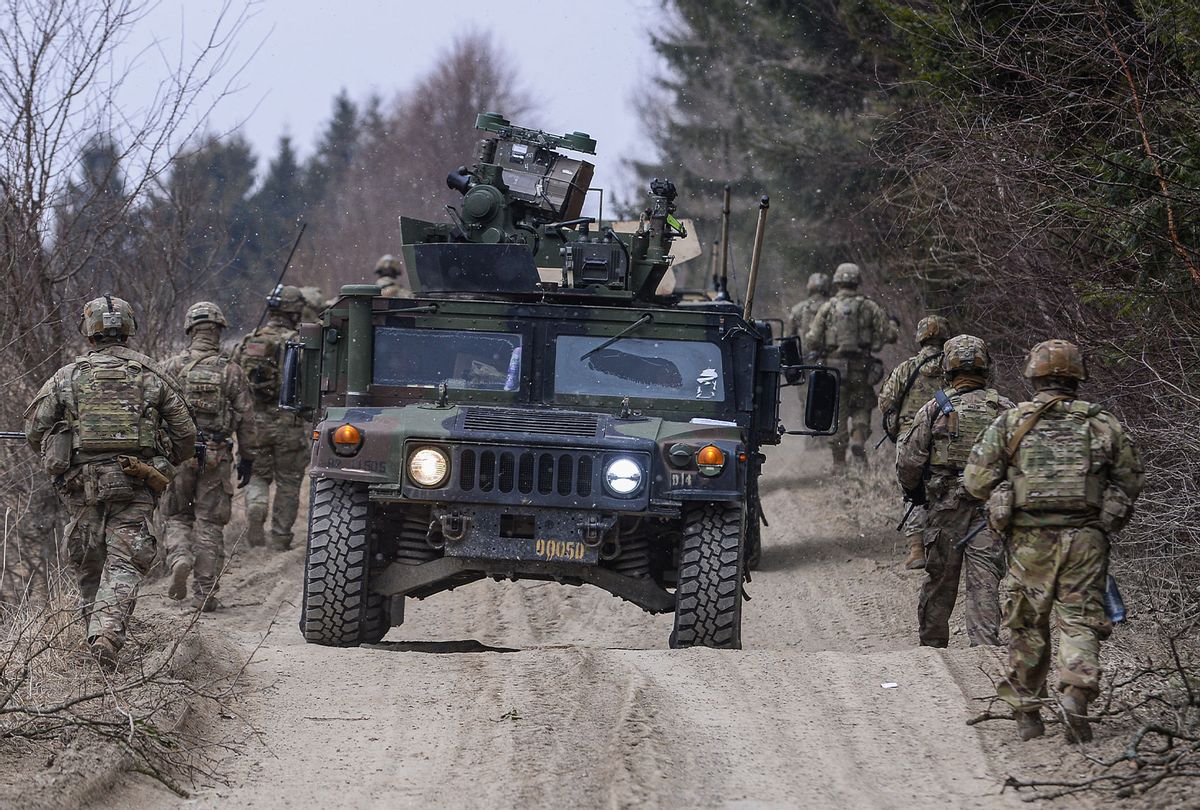 Walk a few blocks in Manhattan, where I live, and you’ll find many reminders of Russia’s invasion of Ukraine. People in West Village cafes talking about Vladimir Putin’s “madness.” A poster tacked to a deli window advertising a solidarity march in Times Square. A hashtag on the local barista’s iPad, right below the option to add a tip, that reads: #WeStandWithUkraine. And that’s on top of the condemnations online and on television, the boycotts and the declamatory emails from universities, banks and corporations.

Americans, in short, are angry. The public mood is more galvanized by political injustice than at any time since … well, since the last tweetable furor gripped the nation.

Still, this time around, the White House, Congress, the Pentagon, the CIA, the State Department and major think tanks on both sides are in near-unanimous accord with the national temper. Perhaps that’s a clue that we ought to step outside the heat of the moment and ask three critical questions that any “alert and knowledgeable citizenry,” to quote Dwight Eisenhower, should ask itself when public outrage and government interests coalesce: Why are we so angry about this particular issue? What is missing from the prevailing narratives? Who is about to profit?

RELATED: Endless war is back — as the merchants of death waltz us toward Armageddon

The answer to the first question seems straightforward. We’re angry because Russia invaded Ukraine and the news is everywhere. Yet, it is perhaps noteworthy that no such uniform agitation was stirred by many of the last decade’s atrocities with equivalent or exponentially higher death tolls. (Citizens of Israel, Ethiopia, Saudi Arabia and Sudan, for example, were not denied Olympic participation, Hollywood movies, McDonald’s and Coca-Cola as punishment for their governments’ war crimes.) For the sake of clarity, we may wish to guard ourselves against emotional manipulation, but more on this in a moment.

A responsible answer to the second question — what is being omitted? — warrants its own essay, and some excellent analyses on the matter have been published in the last weeks. For one thing, official narratives largely skate over the history of NATO’s advance toward Russia’s western borders, adding military bases, missiles and nuclear mission partners along the way. These narratives frame NATO as a “defensive organization” rather than as the “military arm of US hegemony,” as political commentator Niccolo Soldo has put it, and ignore 30 years of warnings by Russian (and American) officials that NATO’s eastward expansion would cause trouble. They also brush aside the compulsory hypothetical of how the U.S. would respond if Russia or China were building missile silos in Tijuana, while arming regional allies like Venezuela, Cuba and Nicaragua. Cornel West recently summed it up to the New Yorker this way: “The American empire has little or no moral authority when it comes to violation of international law and the overthrow of national sovereignty, as in Latin America, the Middle East, and Asia.”

This brings us to the third question, which is the easiest to answer. Public anger toward Russia will boost military spending and bring new windfalls to defense contractors and weapons manufacturers. We can already quantify some of this profitability. Almost as soon as the last American helicopter left Kabul, the Pentagon debuted fresh warnings about “Russian aggression.” President Biden began authorizing hundreds of millions of dollars in emergency military assistance for Ukraine. From the day we withdrew from Afghanistan to the day before Russia invaded, the Pentagon assigned at least $1.3 billion for work either partially or fully intended for Eastern Europe (Latvia, Estonia, Poland, Romania, Lithuania, Slovakia, Slovenia and Ukraine).

Thousands of American troops have already been deployed to Poland, Romania, Lithuania and Germany, sent there, as the president told us, to defend “every single inch” of NATO territory. And according to a new investigative report, a secret CIA program has been training Ukrainian special-ops forces since 2015.

The real gold rush, however, began last Friday, when President Biden approved a $1.5 trillion spending bill, after it cleared the House and Senate, that promises nearly $14 billion in emergency funding for Ukraine. Of this, $3.5 billion will go toward military equipment, while another $3 billion will permit the Pentagon to “re-position” its forces in the region.

Virtually all the guns, tanks, jets, helicopters and anti-missile defense systems heading eastward in the coming weeks will be purchased from private manufacturers like Raytheon Technologies, Northrop Grumman Systems Corp., Oshkosh Defense LLC and Lockheed Martin. As will the tools, uniforms and logistical services necessary to amass and reorient U.S. troops.

More significant, or at least stealthier and less visible, are the years of spending to come. Today’s energetically indignant Instagram posts, op-eds and demonstrations will leave defense contractors with a fountainhead of cash long after we’ve moved on to the next crisis du jour. One only has to turn to U.S.-backed factions in recently destabilized countries like Syria and Libya to see how lastingly (and inconspicuously) our aid continues to flow.

Sometimes, of course, public outrage can hasten political solutions and humanitarian relief. It sounds almost patronizing to say that Russia’s invasion has been tragic and bloody for Ukrainian civilians: Of course they face ghastly injustice. But Congress doesn’t send weapons, issue blistering sanctions or rile up the general public when it comes to bloodier conflicts, and this brings us back to the question of our selective anger and its alignment with our government’s financial stakes.

In the last decade, violent wars, crackdowns and protests in places like Nigeria, Myanmar, the Philippines, Colombia, Kashmir and Catalonia have collectively earned only a tiny fraction of the rhetoric and action we’ve seen from our government in the last three weeks. And that’s without even mentioning U.S. invasions and occupations — or its  arms sales and active military support to Saudi Arabia and the United Arab Emirates in their singularly gruesome war in Yemen, which has created the world’s worst ongoing humanitarian crisis. Between 2015 and 2019, the U.S. supplied the Middle East and North Africa with nearly half of all its major weapons deliveries — that’s three times Russia’s arms shipments to the region, and 16 times China’s.

The death toll in Yemen could soon pass a million, according to UN projections, and millions of children have already been killed, maimed, starved or displaced. One would be hard-pressed to find hashtags, marches, or emotional denouncements by celebrities and news anchors about that brutal conflict, despite the fact that American taxpayers are funding it. The point here, it ought to be said, is less to engage in moral whataboutism than to observe that public furors are frequently neither consistent nor coincidental.

“Enough talk. People are dying,” Sen. Mitt Romney said last week about Ukraine. Those are fine words, but can we imagine the gentleman from Utah saying them about events in South Sudan, Yemen or the Central African Republic? Why not? Is the answer racism, or Eurocentrism?

Such answers may contain grains of truth, but all we have to do is follow the money to find the clearest explanation. The Ukraine invasion has produced a lucrative and exploitable crisis, prompting the military-industrial complex to metamorphose geopolitical advantage into a crusade of moral necessity. As The Nation’s Katrina vanden Heuvel observed in September: “Media outlets regularly invite former military and public officials to comment on U.S. defense policies — without disclosing their financial interests in these policies.”

Our outrage, in other words, all too often seems tailored to crises that reinforce the biggest industrial beneficiaries of public funds. In this case, a rich network of proliferating alliances and bases across central and eastern Europe will be fertile ground for the biggest military budget since World War II. Stocco has argued that our government’s proactive response is less about aiding Ukrainian civilians than capitalizing on two strategic benefits of Russia’s occupation: “It kills the NordStream 2 pipeline, and opens up new business for American LNG companies, as well as bigger business for US arms exporters.”

Today, more than half of Americans believe the conflict in Ukraine is a threat to U.S. interests. Whether that consensus is accurate or not, it has been carefully cultivated.

Similarly, whether Pentagon officials, congressional staffers, and leading journalists and pundits are consciously aiding the business of war or genuinely believe that an apocalyptic struggle is upon us is a thorny puzzle for another time. For now, it’s worth noting that solemn incantations that Hitler is back from the dead, that Putin’s eyes reveal “somebody who has gone completely mad,” that the U.S. should leapfrog into a new world war, and that this month’s events were without precedent or provocation, all suggest the tragic consequences of free people choosing not to think and not to remember. Aldous Huxley called it “herd-poisoning” and George Orwell said it was rendered through “Newspeak.”

House Speaker Nancy Pelosi, as it happens, felt compelled to cut $15.6 billion of domestic pandemic aid from the same spending bill that armed Ukraine with American tax dollars. Which brings us to a fourth and final question: Can we have our money back?

Read more on the Ukraine war and its consequences:

How to win post-Roe legal battles for abortion: “People should feel like they have a voice” 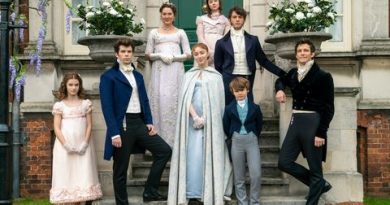 Francesca Bridgerton Is (Mostly) Missing From Bridgerton. Where Might She Be Instead?