THE House of Representatives has urged the Nigerian Army, Nigeria Police Force, Department of State Service and the Nigeria Security and Civil Defence Corps to beef up security in communities recording rising insecurity in Edo State in order to safeguard lives and property.

The House also urged the Inspector-General of Police, Usman Baba, and other security agencies to “ensure that all culprits involved in the attacks are brought to justice,” and asked the National Emergency Management Agency to provide relief materials to the victims in order to ameliorate their suffering.

In addition, the House mandated its committees on Army, Police Affairs, and Emergency and Disaster Preparedness to ensure compliance with the resolutions, while the lawmakers observed a minute’s silence in honour of the deceased victims of attacks in Edo State.

A member of the House from Edo State, Dennis Idahosa, had moved a motion at the plenary on Wednesday, titled, ‘Need to address the increasing attacks and insecurity in Edo State’, in which he decried the “increased insecurity involving kidnappings, banditry, murder, rape, torture and abuse meted out on residents of various communities in Edo State.”

Idahosa recalled that on January 31, 2022, herdsmen invaded farmlands in Igolo and Abumwenre II communities in the Ovia Federal Constituency, leaving one person dead and at least two suffering gunshot injuries, forcing the residents to flee into the neighbouring community of Okokhuo for refuge.

The lawmaker also decried the “incessant invasion and attacks by armed herdsmen on farmlands in Ologbo-Nugu, Umoghun-Nokhua, Orogho, Urhehue, Evboesi and Evbonogbon communities” at the border of Edo and Delta states, which led to loss of lives and properties as well as destruction of agricultural produce of the residents, who are mostly farmers.

He said, “The House is worried about the incessant attacks in some parts of Edo State, which include the murder of a father and his three children in Egbonovon community in January 2022; the abduction, torture and rape of seven women on February 3, 2022; the gruesome murder of Dr Otote Osaikhuomwan of the University of Benin Teaching Hospital; as well as kidnappings along the Owan-Ihievbe Warrake Road in Benin City.

“The House is also worried that on February 2, 2022, three women from Ologbo-Nugu community were reportedly kidnapped, tortured and raped serially before they were eventually released with a warning to their husbands that the perpetrators would be revisiting to wipe out the entire community.

“The House is concerned that the residents of Ologbo-Nugu, who are predominantly farmers, can no longer access their farmlands, which has adversely affected their economy and portends imminent food scarcity in Edo State and Nigeria at large.”

The lawmaker pointed out that if the insecurity was not urgently addressed, it would pose a serious threat to the socio-economic development of the state.

Adopting the motion, the House urged the Chief of Army Staff, Lt Gen Farouk Yahaya; and Baba to set up a Nigerian Army barracks and a Nigeria Police Mobile Force base, respectively, in the senatorial district.

The House also mandated its committees on the Army and Police Affairs to ensure compliance with the resolution and report back within four weeks for further legislative action, while the lawmakers observed a minute of silence in honour of the deceased victims of attacks in Uromi.

Moving the motion, Ogun decried “the country’s state of insecurity, which has led to loss of lives, properties and destruction of infrastructure in several parts of the country.”

The lawmaker recalled that on February 24, 2022, five banks in Uromi, the commercial centre of Edo Central Senatorial District, were attacked by armed robbers, who looted huge sums of money from the banks.

He said, “The House is disturbed that the attack led to the death of 28 persons, with many others sustaining injuries, thus causing heightened tension and pandemonium in the town.

“The House is cognisant of the need to strengthen the security formations in Uromi and the entire Edo Central Senatorial District in Edo State in order to forestall further attacks and eradicate other cases of criminality in Uromi, its environs and Edo State in general.

“The House is convinced that the setting up of a Nigeria Police Mobile Force base and a Nigerian Army barracks within Edo Central Senatorial District will go a long way in curbing crimes in Uromi and Edo State as a whole.” 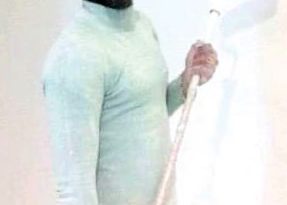 Nigerian Hypocrisy Is At Work Again, Regarding Buhari, Atiku, And Now Tinubu, Instead Of Focusing On Issues – The Nigerian Voice

You know what never goes out of style? Sparkling white teeth. You can stock up on all the whitening pens