Good education is the best legacy any parent, guardian or government can bequeath to the next generation and young ones. The reason why the late Sage, Chief Obafemi Awolowo is still revered thirty-four years after his demise is because of the free primary school education he introduced in 1955 when he was the Premier of the Western Region.

Dr. Nnamdi Azikiwe who went through hell and high water in getting an American education established the University of Nigeria Nsukka with the motto ‘To restore the dignity of man.’ It was the good education that Chief Anthony Eromosele Enahoro received from Kings College Lagos without a university education that made Azikiwe appoint him as the Editor of the Southern Nigeria Defender in Ibadan at the age of 21 – the youngest ever editor in the country.

It is tragic that education has been thrown to the dogs under the ill fated administration of Governor Godwin Obaseki who doesn’t give a hoot about the extremely poor state of education in the state. Edo State has Edo College which produced many illustrious sons in the state but which is now a shadow of its former self due to criminal government neglect. How many of its alumnus would gladly send their children or wards to the school that ironically made them who they were today?

The level of youth unemployment is extremely high. The National Bureau of Statistics puts it at about 33%. A way to tackle this societal malaise is to re-introduce vocational and technical education which was abandoned when the nation was awash with petro dollars. Igarra Technical College, Afuze Technical College, Uromi Technical College and Government Science and Technical College (GSTC) have been left to rot without any critical governmental intervention.

The level of unemployment is extremely high in Edo State due to the fact that the state is largely a Civil Service State. Edo State with its large land mass has what it takes to be a heavily industrialized and agricultural driven economy. Sadly, over the last four years the Governor has shutdown all the Colleges in the state in the name of renovation, including College of Agriculture, Iguoriakhi which ought to be at the vanguard of agro-preneurial training and production. Governance has been absent since his swearing in last one year and he is just naming his cabinet after over a year of his winning his second term.

Despite his acclaimed robust private sector experience which saw him establishing a Securities Dealing Firm – Afrinvest, he has failed in innumerable ways to industrialize the state. Imagine if many industries were functional in the state, it will lead to the concomitant high demand for highly skilled technical labour as their services will be needed to effectively run these industries and factories! It is bad enough that these schools have been left to rot, it is worse that even the few that manage to survive the rigours of an education there have no jobs to look forward to due to a visionless and rudderless leadership that is ideas bankrupt.

The state of many of the government owned primary and secondary schools leaves much to be desired. The schools lack good toilet facilities, fields for sports, high population in the classroom, few teachers. The students study under the most excruciating conditions not even befitting for animals.

We currently live in a globalized world where the world is now flat according to prominent American Economist, Thomas Friedman whose New York Times bestselling book ‘The World is Flat’ exposes the reality of globalization and how your nearest competitor could be someone millions of miles away. The covid 19 pandemic which changed the world of work to remote working is a lesson for our political leaders to adequately prepare the young minds for a fast changing world of work. This is an era where secondary school students in former war torn

Rwanda learn about the use of drones. Yet, the students in Edo don’t learn with computers. How will they be able to compete in the future against their peers from all over the world? What sort of future is the Edo State Government under Obaseki preparing the children for?

Despite the dictatorship of Cuba’s Fidel Castro which spanned over four decades amidst many assassination attempts and embargo by the United States after he defeated the US backed Cuban forces in the Bay of Pigs Invasion, his greatest legacy was his sturdy investment in education. He ensured that medical doctors in the country got the best training and created a system whereby they are exported to the rest of the world. Today, the exportation of medical doctors from there is their largest revenue earner dwarfing sugar which was their previous economic mainstay. Cuban doctors helped Italy effectively tackle Covid 19 which badly hit them.

Crude Oil exports will be irrelevant anytime from now. Smart leaders are preparing their citizens to be relevant in a knowledge driven economy. The legendary Lee Kuan Yew prepared Singaporeans for this reality as he moved them from being a third world into a first world nation in less than three decades. Saudi Arabia has already saved up over two trillion dollars to be managed by Global Consulting Giant, Mckinsey in their preparation for a post oil economy. The UK has said that by 2030 they will completely phase out fossil fuel run cars in favour of electric cars. Imperial College has scrapped the Masters Degree Program in Petroleum Engineering because of the irrelevance of crude oil in the nearest future. What is Obaseki doing about this new trend? How is he preparing Edolites sons and daughters to compete in the knowledge economy that our curriculum is ill prepared to address? What are his educational legacies as he will be out of office in less than 38 Months time?

It is sad that Edolites have the stereotype of prostitution as the bad policies of the leadership have pushed many of its young, pretty girls to prostitution abroad especially in Italy. A good education will equip these emotionally battered and financially emasculated ladies to a life of financial independence where they will be able to live their life solely on their own terms and not being dependent on male beasts for their sustenance.

The Edo State House of Assembly is supposed to question him on the sorry state of education there but alas it is yet to be fully inaugurated since last year which has now transformed him into a full blown dictator.

We call on the Civil Society and Public Spirited Individuals to mount pressure on this Pharoah of a leader to do the needful and rescue Edo State education from the mire and ensure that our students who will take up the mantle of leadership someday are well prepared for this challenge which will prevent them from perpetually playing the second fiddle both in their country and in the Diaspora.

Nigerians can now earn US Dollars by working directly with USA companies as affiliate partners, you are paid for simply helping them promote their offers online, earnings can be up to $750 weekly,

MONEY MAKING OPPORTUNITY- We will pay you in naira or dollars(whichever you prefer) directly to your designated bank account as you will earn from one or variety of businesses we invest in,ranging from Real estate, Agriculture, Transportation, Construction,Metals,Crude oil,Aviation,Hospitality etc . Click here for full details

Find out what your loved ones are doing on their phones, from whatsapp chat/calls, Facebook, instagram, phone calls and recordings and 20 other features. All their activities will be seen on your own phone using an app, click here to get it

N20million+ in 2021: How Teejay net over N20million in 2021 with his closely kept secret on Football Trading known to less than 1% worldwide. Click Here to Join his Team 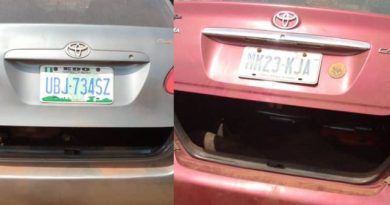