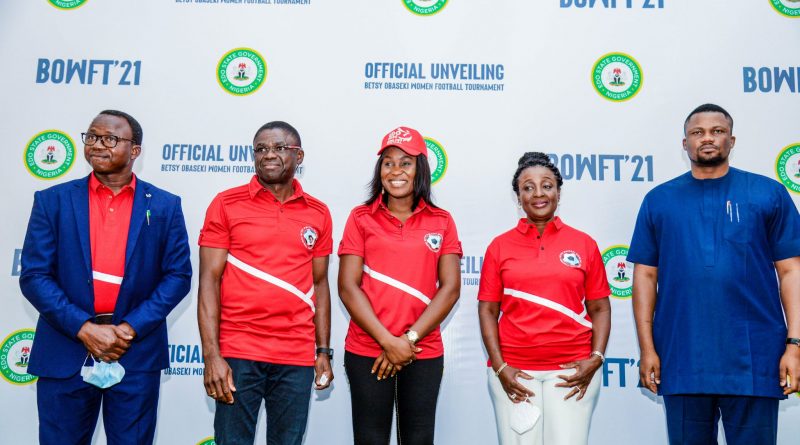 The Edo First Lady, Mrs. Besty Obaseki, has unveiled the logo for Betsy Obaseki Women Football Tournament (BOWFT) 2021, with a commitment to harness the sporting talents in the state to empower more youths and tackle the scourge of irregular migration among teenage girls.

Speaking at the unveiling ceremony in Government House, Benin City, she said the event is another opportunity to assure young girls in the state that they have all that is required to realize their fullest potentials.

The event was attended by the Edo State Deputy Governor, Rt. Hon. Comr. Philip Shaibu; his wife, Maryann and the Speaker of Edo State House of Assembly, Rt. Hon. Marcus Onobun, among other top government officials.

Mrs. Obaseki noted: “Today, indeed, is a great day of joy for me and I want to congratulate every Edo young woman and every Edo mother, because the mothers are going to be happy to find that there is a better environment for their children to thrive.

“Before the first four years of Governor Godwin Obaseki-led administration, human trafficking and irregular immigration had put Edo State in the number one position on the world map, but the story has changed today with the interventions of the government like the Betsy Angel’s Shelter Initiative, Edo Lady Mechanic and the Edo skills development agency (EdoJobs), among others.”

According to her, “The state government has continued to organize trainings at various skills development centres across the state and with the intervention of international agencies, we have been training our young boys and girls to give them hope and confidence that they can make it here and earn a decent living.”

“We all know that sports is one area that is so youth-friendly. Hence, it is very easy to get our youths interested in sports, especially now, with the female football league, which is well known around the world,” she said.

The first lady said the tournament, slated from September 26th to October 3rd, 2021, will have 12 participating teams, adding, “So, as we do yearly tournaments, we are going to be attracting girls from all over the state and exposing them to professionals in football.” 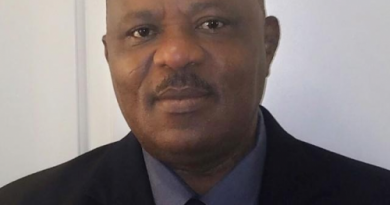