Justice Ahmed Mohammed made the order following an application filed by Damian Dodo on behalf of the elected members, whose seats were declared vacant by the Speaker of the House of Assembly, Frank Okiye, on December 4.

Mr Mohammed said parties in the suit should stay action pending the determination of the motion before the court, which has been adjourned to January 28, for hearing.

The suit dated December 10, 2019, has Mr Okiye and INEC as first and second respondents respectively.

PREMIUM TIMES reported how the 14 lawmakers were among the 15 excluded from the controversial inauguration of the state assembly in June, last year, because of the power tussle between the national chairman of the APC, Adams Oshiomhole, and the Edo governor, Godwin Obaseki.

The excluded lawmakers-elect are loyalists of Mr Oshiomhole.

One of the affected lawmakers-elect, Washington Osifo, who spoke with PREMIUM TIMES, said that the speaker’s action breached a fundamental principle in law since the 14 lawmakers-elect have a pending court case against him.

All the 24 state legislators in Edo are members of the ruling All Progressives Congress (APC).

Nine out of the 24 lawmakers met at night to inaugurate the assembly and elect a speaker, Mr Okiye.

PREMIUM TIMES learnt that the exclusion of the others, was to prevent Mr Oshiomhole’s loyalists from taking control of the state legislature, an action which led to Mr Osifo and the 13 others filing a court case against the speaker and the others.

“Whereas the matter is in court, they have gone ahead to violate the elementary principle of law that says no party in a matter in court can do anything to render the position of the court that would eventually be, nugatory,” Mr Osifo said, claiming that he was speaking on behalf of the other 13 lawmakers-elect.

“That in itself is contempt.

In a bid to stop the electoral umpire from conducting fresh elections, the lawmakers approached the court, seeking an order of interim injunction restraining INEC from conducting by-elections in respect of their seats declared vacant by the speaker, pending the hearing of their motion on notice.

The judge had at the last hearing ordered the two respondents to appear before the court on December 19 to show cause why the interim injunction being sought by the plaintiffs through their ex-parte application should not be granted.

Mr Mohammed also ordered that all the elected member’s processes should be served on the respondents.

Adjourning to December 19, the judge ordered that hearing notices be issued on the respondents, in order for them to appear before it and show cause.

The court could not sit on December 19, 2019, but then adjourned to January 7, for further proceeding

At the resumed hearing of the matter on Tuesday, the lawyer to the lawmakers, Ikhide Ehighelua, informed the court of the motion ex-parte filed on December 10, 2019.

Responding, INEC’s lawyer, Femi Adeyemi, acknowledged that he was served with all the processes but was not served with the motion ex-parte.

Mr Adeyemi, who told the court that INEC’s position on the matter was to be neutral, said the commission did not oppose the plaintiff’s application filed.

The electoral umpire’s lawyer informed the court that he had not filed an affidavit in support of the commission’s position.

Ruling on the said exparte application on Tuesday, the judge said based on provisions of Order 26 Rules 11, 12 and 13 of the Federal High Court Civil Procedure Rules, 2019, where a defendant is asked to come and show cause, the respondent is expected to file an affidavit in evidence and not an oral evidence.

“What you are telling me here is evidence. I understand you very well.

Justice Mohammed held that having decided not to oppose the applications filed by the elected lawmakers, INEC should restrain itself from taking further step since the matter was still pending in court.

The judge, in addition, ordered INEC to file an affidavit in support of its position and to show cause why the interim injunction should not be granted before the next adjourned date. 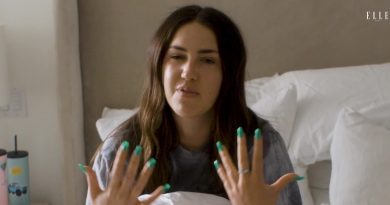 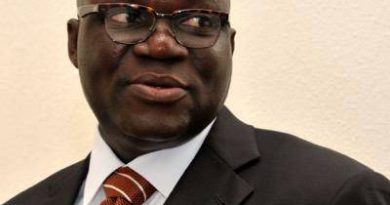 Reno non b your mate

Only you know where you dey get your fake news from

She wear beads
She wear leg chains
She draw tattoo
Normally she be....... ... See MoreSee Less

She's just obsessed with those stuffs same way some men are obsessed with dreadlocks, tattoo and other stuffs.. There's nothing there, and no need of calling her an unprintable names..

You get fever my brother and u need paracetamol to ease that pains which is routine be obedient....