Frank Okiye, Speaker of the Edo State House of Assembly, has reacted to the move by the National Assembly to intervene in the crisis going on in the state legislature.

The power tussle in the state is between the Edo Governor, Godwin Obaseki, and the National Chairman of the All Progressives Congress (APC), Adams Oshiomhole, over who determine who controls the affairs of the state.

SaharaReporters had reported on Tuesday that the House of Representatives might take over proceedings of Edo legislature following a motion under matters of urgent public importance brought by Hon. Julius Ihovbare from the state calling attention to the need to correct constitutional breach by Obaseki.

The federal house subsequently set up a panel to look into the matter following the adoption of a motion moved by three members from Edo State, Messrs Julius Ihonvbere, Peter Akpatason and Johnson Oghuma.

The lawmakers prayed the house to take over the affairs of the state’s parliament pending the resolution of the crisis.

The prayer of the motion had read, “That the National Assembly, in line with the provisions of Section 11 (4) of the Constitution, take over the affairs of Edo State House of Assembly and ensure the proper inauguration of the House, with the Inspector-General of Police and the Director-General, State Security Services, providing the necessary security for the 24 members-elect to be sworn in as expected and required by the Law.”

Moving the motion, Ihonvbere said, “The House notes with concern the improper, clandestine and nocturnal inauguration of the 7th Edo State House of Assembly on the 17th of June, 2019, wherein nine out of 24 members-elect were purportedly sworn in without the knowledge of the other 15 members-elect.”

In a reaction to the move by the House of Representatives, Mr Okiye called the attention of lawmakers to a pending suit restraining any individual or body to interfere in the affairs of the state assembly.

He also posited that there had been no disorderliness in the state assembly while urging the house not to get itself involved in petty politics.

“The Edo assembly was duly inaugurated on June 17 and that “the business of law-making has been going on without any hindrances”.

“We humbly advise them to be guided and not get involved in petty politics to fan the ego of an ‘aspiring godfather’,” Okiye said. 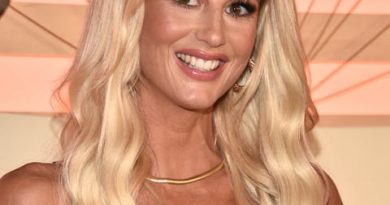