The speaker of the Edo State House of Assembly, Frank Okiye, has reacted to a decision by the House of Representatives to investigate the crisis in the state assembly.

The assembly crisis is a fallout of the rift between the Edo Governor, Godwin Obaseki, and the National Chairman of the All Progressives Congress (APC), Adams Oshiomhole.

The House of Representatives on Tuesday set up a 13-member ad-hoc committee to investigate the crisis which appears to have stalled the take-off of legislative business in the assembly.

The committee, to be chaired by Abdulrazak Namdas (APC, Adamawa), was announced at the plenary by the House of Representatives Speaker, Femi Gbajabiamila, following a motion by Julius Ihonvbere (APC, Edo).

But the speaker of the Edo assembly, Mr Okiye, in response to the development, advised the federal lawmakers not to be “used by anyone to achieve personal agenda”.

Mr Okiye, in a statement issued few hours after the decision of the House of Representatives, insisted that the Edo assembly was duly inaugurated on June 17 and that “the business of law-making has been going on without any hindrances”.

Mr Okiye, however, said he welcomed the decision of the federal lawmakers.

He, however, drew the attention of the House of Representatives to a pending suit which he said barred the national leadership of the APC, the inspector-general of police, and others from “interfering” in the affairs of the state assembly.

“We humbly advise them to be guided and not get involved in petty politics to fan the ego of an ‘aspiring godfather’,” he said.

All the 24 members of the state assembly belong to the APC.

But nine of them, allegedly prompted by the state governor, hurriedly met at night to ‘inaugurate’ the House and also ‘elect’ a speaker.

The other lawmakers-elect were excluded to prevent Mr Oshiomhole’s loyalists from taking control of the legislature, PREMIUM TIMES learnt.

Two of the lawmakers-elect, reportedly Mr Oshiomhole’s loyalists, were recently suspended by the local chapters of APC in Edo.

Mr Ihonvbere, while moving a motion on the assembly crisis, at the House of Representatives, said the 15 lawmakers-elect, who were excluded from the assembly ‘inauguration’, were subsequently attacked by hired thugs and security operatives. 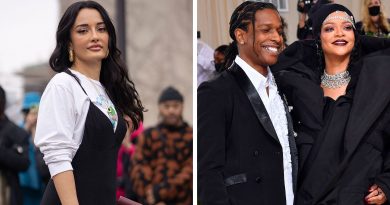