BENIN-CITY—THE deposed Onojie of Uromi, Anslem Odaloghe Eidenojie, yesterday disassociated himself from the statement made by the Edo State Chairman of the Peoples Democratic Party, PDP, Chief Dan Orbih, who urged the people of Uromi not to vote for the All Progressives Congress, APC, in future elections for deposing their king.

It would be recalled that Chief Orbih stated this when the leadership of the PDP visited Uromi last week.

In his statement however, Eidenojie, who was deposed by former governor Adams Oshiomhole, described the statement as uncalled for and expressed his loyalty to Governor Godwin Obaskei led administration.

The statement said: ¨My attention has been drawn to statements published in some newspapers, and credited to the Chairman of a political party in Edo State during their visit to Uromi, where it was alleged he gave an ultimatum to the state government, within which to effect my reinstatement to the throne and also urged the people of Uromi not to vote for the political party that deposed their king.

“For the records, l wish to use this medium to state that I was neither privy, nor  a party to the said statement. I hereby  disassociate myself from the said statements, and to state in unequivocal terms, that I am neither a member of the said political party nor partisan.

I urge the electorate at Uromi to disregard the said statements and vote for the party of their choice.

¨I am confident that the State Governor given his progressive nature,  in his time will revisit the unfortunate incident that led to my deposal. I promise my unalloyed support and loyalty to Edo State Government,” he stated. 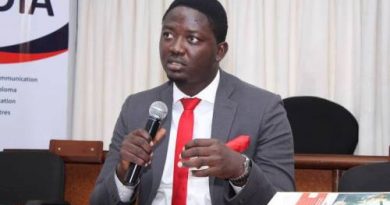 The Failure Of Buharinomics: Making A Case For A Developmental State In Nigeria By Babatope Falade-Onikoyi

Technology will be the game changer ― Abel Edeh, Big-T Autos

President Akufo-Addo has lifted the partial lockdown of the country effective on Monday, April 20. He said some social gatherings

A/R: 2 Butchered Themselves To Death After Clash Between Taskforce And Armed Robbers At Ejisu