The presidential candidate of the New Nigeria Peoples Party (NNPP), Rabiu Kwakwanso, has assured Nigerians of a constitutional role for traditional rulers in the country if elected as president in the next general election.

This is as he also promised to tackle security headlong as well as improved infrastructure in Nigeria.

Kwakwanso stated this yesterday when he flagged off the party senatorial campaign in Uromi, headquarters of Esan North East Local Government Area of Edo State.

Speaking at the palace of the traditional ruler of Uromi, His Royal Highness, Anslem Aidenojie II, Ojuromi of Uromi Kingdom, the NNPP presidential standard bearer declared that: “Under my administration, the traditional institutions will be accorded their rightful place in the scheme of things.

“If elected, the issue of insecurity, collapsed infrastructure and bad economy will be a thing of the past.”

According to him, “It is very sad that today, we have various issues confronting Nigeria-issues of insecurity, economy and dilapidated infrastructure. Under my government, all these will be fixed because as a country we have all the resources to take of ourselves.”

Responding, the Ojiromi of Uromi thanked the visiting NNPP presidential candidate and also expressed confidence in his capacity to lead the country if voted into power.

Earlier on arrival, large crowd of supporters of party supporters and its senatorial candidate, Okoduwa Akhigbe, besieged the party’s secretariat in Uromi to receive Kwankwaso, where he urged the people to vote for the party’s candidates in the forthcoming general election.

Speaking to supporter of the party, the

senatorial candidate said he remained the candidate to beat in the forthcoming senatorial election, noting that Nigerians are tired of the failures of both the All Progressives Congress (APC) and the People’s Democratic Party (PDP).

He stated that the NNPP is the party that can rescue Nigeria from the present socio-economic quagmire it is facing presently, and appealed to the people to come out en mass on election day to vote for the party’s presidential candidate, Kwankwaso and all other NNPP candidates.

2023: Nigerians Love Me, Tinubu Will Win If He Picks Me As Running Mate – Imo Ex-Governor, Rochas Okorocha Boasts 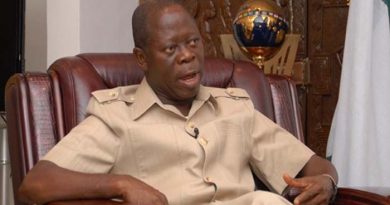 Over the past few years, Charli D’Amelio has become a household name, amassing 146 million TikTok followers and counting, starring