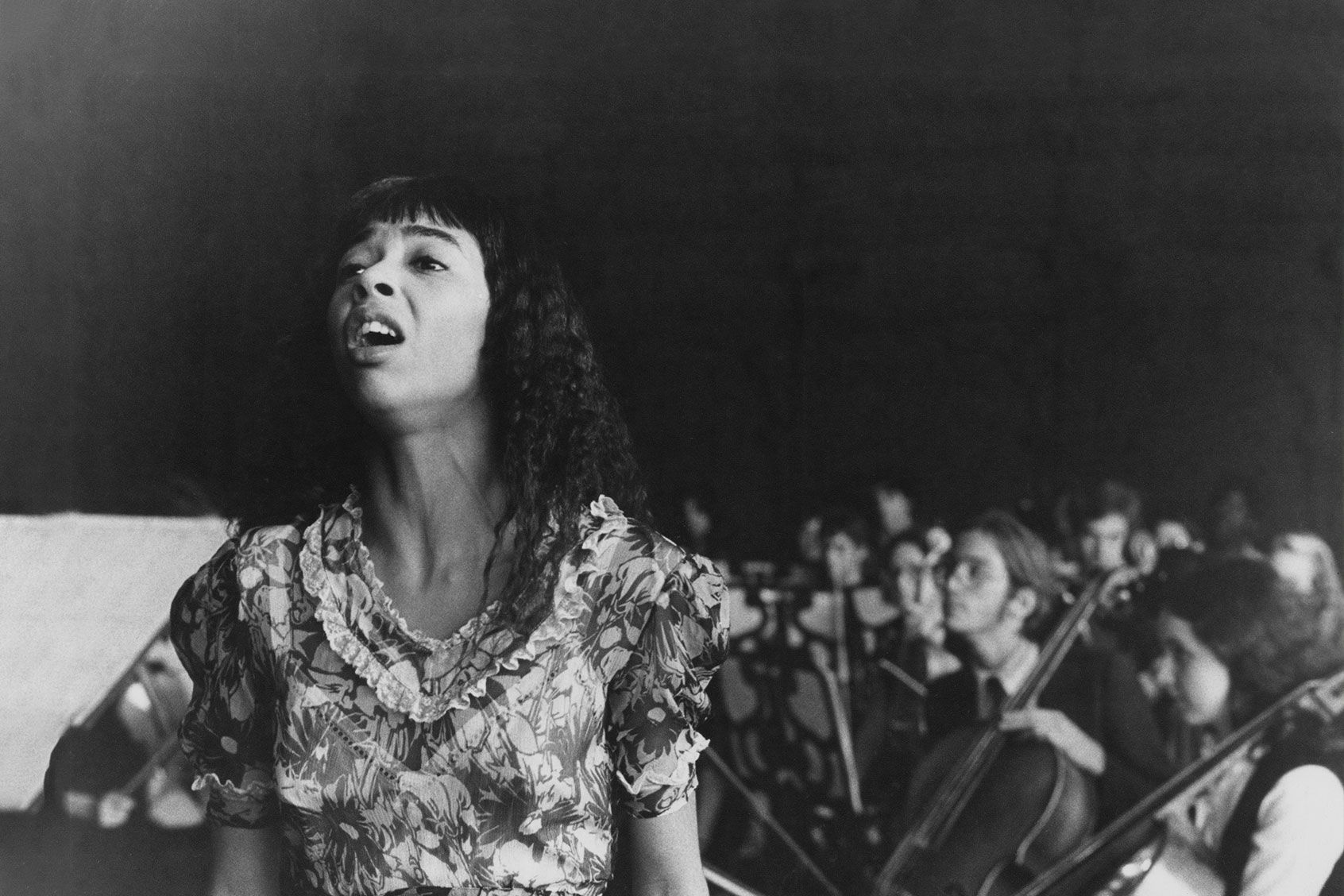 Her voice was the voice of the 1980s: ragged, with a raw touch of intensity, of desperation, but also, soaring and victorious. Triumphant. This was the voice of someone who swore they would make it. And did. But the world makes you make it again and again, requires you to prove yourself endlessly until the end.

Irene Cara sang the theme song for the 1980 film “Fame“— and she was fame embodied, America’s favorite myth of hard work and perseverance. All myths have dark sides, difficult lessons and truths. Cara died on Thursday at the age of 63, her publicist Judith A. Moose confirmed.CNN and others reported Cara died at her home in Florida. A cause of death has not yet been released.

Wanting to be a singer and performer, I watched “Fame” over and over as a child, perhaps as a cautionary tale. The film, following students attending what was then known as New York’s the High School of Performing Arts from audition through graduation, is not short on nudity, abuse, drug references, homophobia and racism. But in a sea of talented and struggling kids, Cara shone as the best. Her character is a singer, pianist and dancer — a triple threat, as Cara was too. She will always embody the time period of my childhood, but more that, Cara will forever be the voice of ambition, singing of the pull and power of desire, of fighting for and getting exactly what you want.

Cara was born Irene Escalera on March 18, 1959 in the Bronx. (The year was a subject of some dispute, as The New York Times reported.) The daughter of a Puerto Rican factory worker and musician, and a Cuban cashier, she was a finalist in the child pageant “Little Miss America” and started performing young on Spanish-language television. She attended the Professional Children’s School in Manhattan, ironically, a school mocked by the public school students in “Fame.” By 13, she appeared regularly on the children’s public television program “The Electric Company.” After appearing in “Sparkle” and “Roots: The Next Generation,” she was barely older than a teenager when she starred as Coco Hernandez in “Fame,” the film for which she also sang the title song.

Four years later, in 1984, she earned an Oscar and Golden Globe for co-writing “Flashdance . . . What a Feeling,” the title track of the Jennifer Beals film “Flashdance.” Her vocal performance also won her a Grammy. Cara’s other awards include an NAACP Image Award, a Billboard Year-End Award and multiple Grammy Awards and nominations. 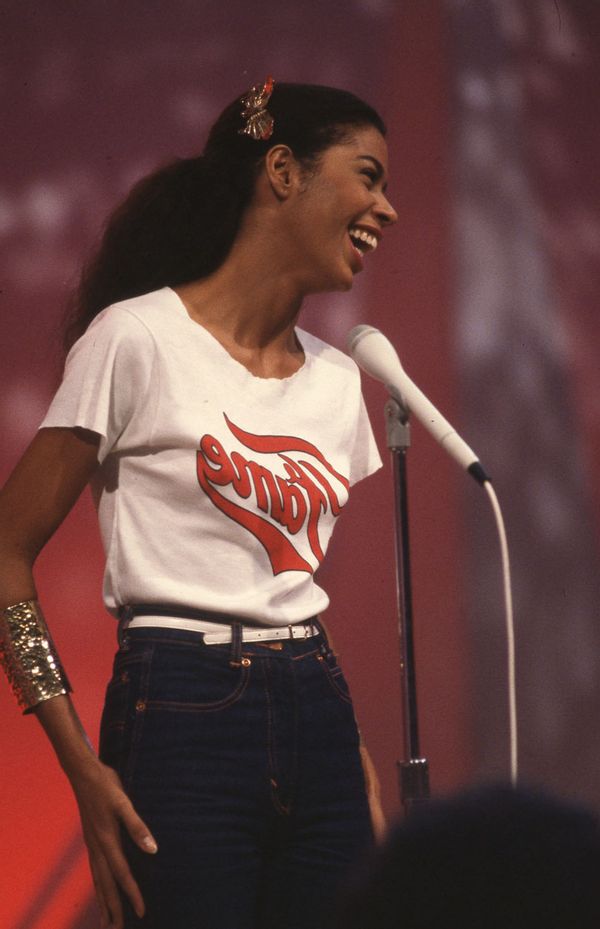 Irene Cara, star of the hit movie “Fame,” on the Soul Train stage, episode 337, aired 10/4/1980. (Soul Train via Getty Images)As Coco in “Fame,” Cara is a driven and determined young star. She does the work, poring over trade magazines. She’s also practical, convincing a fellow student to start a band with her because the gigs are steady and she’s interested in managing their business. Her character has a pure love of art, all art. She’s the first one to start singing the cafeteria improv “Hot Lunch Jam,” the music flowing from her. She dances spontaneously in a puddle in the subway station after school. Coco’s earnest love carries the movie. Cara’s voice is the film’s connective thread, as resonant in the emotional piano ballad “Out Here On my Own” as in the rousing title track with its disco beats. Coco’s journey is also the most compelling. Out of all the students, she’s real.

“Take your passion/And make it happen” felt less like a catchy phrase and more like a prayer.

“I’m just killing time here, waiting for my opportunity,” she explains, matter-of-factly. “It’s coming. I keep my eyes open.” Despite her no-nonsense attitude (she calls herself “a professional” and says, knowingly, “life comes down hard”), Coco’s open eyes are also wide. Too wide.

Her character pays a price for ambition. A young woman of color, she’s preyed upon by an older white man who lies to her, telling her he’s a filmmaker when in reality, he sexually exploits her. It’s the most difficult scene to get through in the often-grim film, Cara weeping on the black and white viewfinder of the predator’s camera, and it’s one of the last scenes too. Coco’s story is not resolved. We see her next and only at graduation, when she sings resolutely. If there’s a happy ending, we don’t know it.

Though “Flashdance” is Beals’ film, a star-making turn where Beals plays a steelworker by day and bar dancer who dreams of dance school at night, Cara is its voice, and as such, its beating but broken heart. How many kids danced to “Flashdance . . . What a Feeling,” twirling about like Beals (or her stand-ins) in their bedrooms? We couldn’t have yet known the years, hard work and heartache behind lyrics like, “I can have it all, now I’m dancing for my life,” but we believed her forceful truth. “Take your passion/And make it happen” felt less like a catchy phrase and more like a prayer, a spell Cara was casting of dreams. 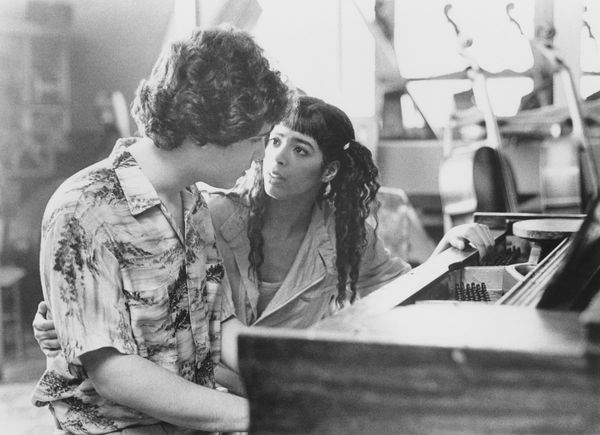 Bruno Martelli (Lee Curreri) tries to convince Coco Hernandez (Irene Cara) that they should form a rock band, in a scene from ‘Fame’, directed by Alan Parker, 1980. (United Artists/Archive Photos/Getty Images)Both “Flashdance” and “Fame” are about working class young people trying to make it in the performing arts, not exactly known as a welcoming stage to anyone but the rich and connected. But “Make it happen,” Cara purred.

Cara remained a star who burned brightly and young.

She did make it happen for herself, releasing six studio albums and appearing on dozens of other albums and soundtracks. But her own sitcom, NBC’s 1981 “Irene,” was never picked up by the network. She acted on stage and on screen, but dealt with intense legal troubles after filing a lawsuit against her former record company in 1985, accusing them of withholding her royalties. Almost a decade later, she was finally awarded $1.5 million. People reported that in that time, “she fled the spotlight, mired in an eight-year legal battle. . . and disenchanted by the experience.” Cara said she lost her savings to the lawsuit, telling People the music world “virtually blacklisted [me]. All of a sudden, I was hearing stories about how difficult I was to work with, ridiculous rumors about drugs and what a diva I was.”

She performed, including voiceover roles in films, but a band she formed in the late ’90s, Hot Caramel, only released one album. Cara remained a star who burned brightly and young. That kind of fatalism tinges her early hits, like in “Fame” when she swears “I’m gonna live forever.” It’s stirring because you know it’s fleeting. Power like that radiates hot and fast. As Cara sings at the end of “Fame,” at Coco’s high school graduation, “I’ll burn with the sun . . . In time, we will all be stars.”

Is it the beginning of the end for Putin?

The superpower of NYT reporter drama “She Said” is also its undoing: Motherhood

Blackpink Will Make Their U.S. Awards Show Debut at the VMAs This Month