BENIN CITY- THE presidential candidate of Labour Party, LP, Mr. Peter Obi, late Friday urged Nigerians not to vote based on ethnicity and religion in the forthcoming 2023 general elections.

Obi gave the advice at the palace of the Oba of Benin when he paid a courtesy call as continuation of his presidential rally in the state.

He who had earlier attended rallies in Auchi, Edo North Senatorial District and Uromi  in Edo Central before rounding up in Benin City apologized for arriving the palace late before he went to address his supporters.

He said that Nigerians want to take the country back from some few individuals.

“We want to save this country from its present predicament, and that is why we have been going round the country.

“It is now the turn of Nigerians to take back their country from few individuals,” he added.

“Next year election should not be based on ethnicity, it shouldn’t be on religion.

“We want govt that is responsible, and we are exactly going to do that.

“I assure you that in our government, we will work; we will talk to the people and Royal fathers like you; we will give them voice.

In his response, Oba of Benin, while praying for Peter Obi and his team expressed surprise that even with the reality on ground, some persons are still saying Obident alone exist on social media.

The Oba said: “When you ask a little child, such child will say Obident; even the old with gray hair are chanting Obident, of course we know the youths are at the front burner, so I wonder why some persons are saying Obident only exist on social media. 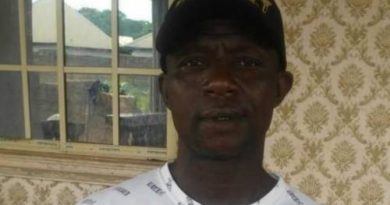