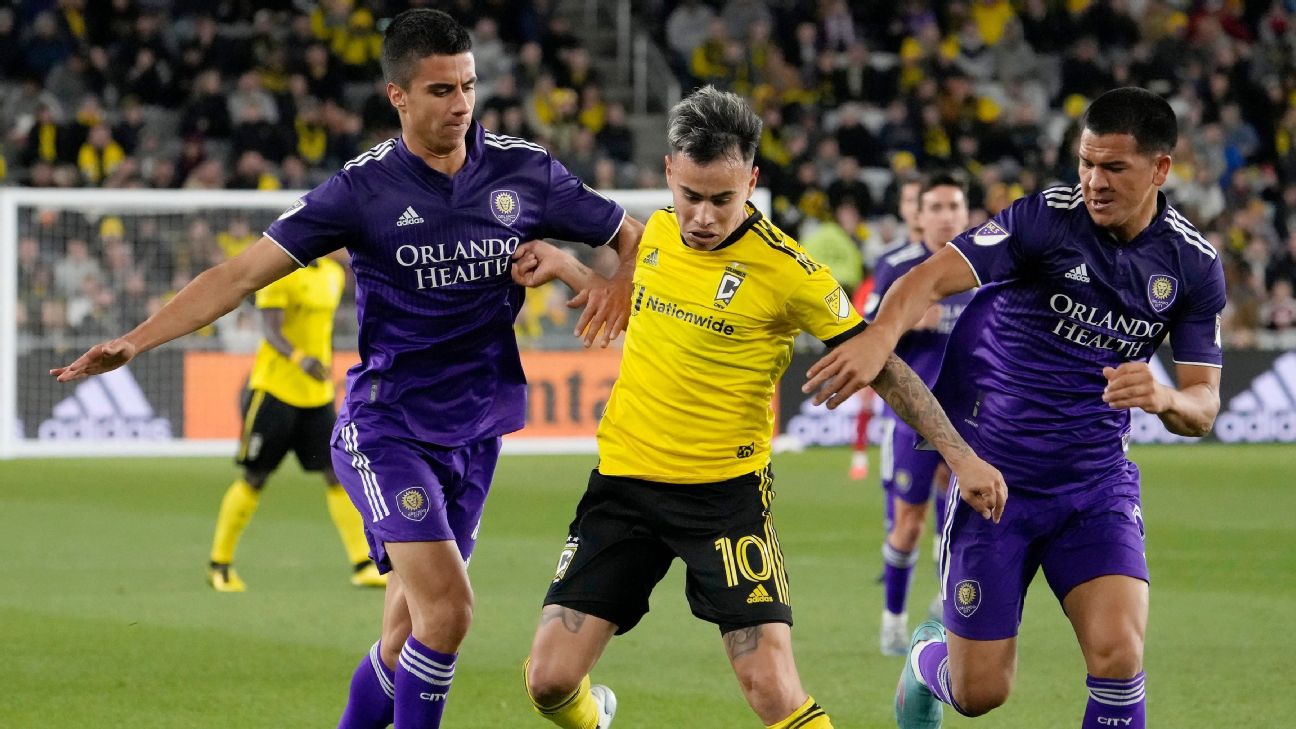 The 2022 MLS regular season has come down to Decision Day, with many playoff places still up for grabs and teams jockeying for seeding in the conference standings. Here’s a look at Sunday’s games:

Atlanta United’s playoff hopes died last weekend in New England, making for a deflating end to an inconsistent season, but NYCFC still has some work to do to nail down the 3-seed in the East. The Red Bulls are two points back, but a draw would be enough for NYCFC to clinch third place. The last time NYCFC lost to Atlanta was in 2019, a stretch of five games, so the visitors will like their chances.

As the great Don Meredith once sang, “Turn out the lights, the party’s over.” Both teams are eliminated from playoff contention.

D.C.’s playoff hopes have been long gone for a while, but Cincinnati still has work to do. A win or a draw against the East’s cellar dwellers would clinch a first-ever postseason berth for the club. The nightmare scenario would be a loss in the nation’s capital and a draw in the Columbus-Orlando game, as both teams would leapfrog over Cincy.

Inter Miami booked its spot in the postseason with an emphatic 4-1 win over Orlando City on Wednesday. The soon-to-be-retired Gonzalo Higuain is a goal-scoring machine with six goals in his past four games, all Miami wins. Phil Neville’s bunch can still even get a fourth-place finish and home playoff game with a win and a Red Bulls loss. As for Montreal, its Eastern Conference top seed hopes are still in play. A win in South Florida and Philly dropping points with Toronto would make it happen.

Charlotte’s hopes of a playoff spot in Year 1 came to an end in Wednesday’s 2-2 draw with Columbus. Still, a solid season from the new franchise. The Red Bulls need a win to make sure Miami doesn’t catapult past them for a home playoff game. They could also move into the 3-seed with a win and NYCFC losing in Atlanta.

Of late it seems that Columbus loses a late lead every time it takes the field. It happened again on Wednesday in Charlotte, North Carolina, where the Crew spat up a 2-0 second-half lead and then saw a stoppage-time 2-1 advantage go up in flames. Still, a draw or win in Orlando would be enough to reach the postseason. It’s a similar story for Orlando. If it wins, it’s in, but a draw might also be enough if Cincinnati loses in D.C. Orlando took the first meeting this year, a 2-0 final in Columbus.

Philly’s stranglehold on the Eastern Conference has weakened in recent weeks after just one point in four games, including a desultory 4-0 loss in Charlotte last weekend. Montreal is just two points back and owns the first tiebreaker, so the Union can only be thinking victory against 13th-place and eliminated TFC if they want to secure the top spot and home-field advantage in the East. Toronto won the previous meeting earlier this year, though, a 2-1 final in April.

Austin FC has nailed down the second spot, but there is still an MVP race involving attacker Sebastian Driussi, who could pass Nashville’s Hany Mukhtar in the Golden Boot race with a hat trick against the eliminated Rapids. Driussi scored in the one game he has played against Colorado.

FC Dallas still has some work to do to secure the 3-seed in the West. The Galaxy are three points back and could leapfrog with a win coupled with a Dallas loss. A draw against eliminated Sporting Kansas City would be enough for Dallas to get that third spot, but Dallas has lost three of its past four with SKC in all competitions.

The streak is over. For the first time ever, the Seattle Sounders will not participate in the MLS playoffs. Time to start thinking about the Club World Cup.

Houston has a knack for playing spoiler. Who could ever forget how it shattered Zlatan Ibrahimovic and the Galaxy’s playoff hopes on Decision Day 2019. The Dynamo are eliminated again, but the Galaxy have a lot to play for, beginning with a potential third-place finish in the West if they win and FC Dallas loses. They could also fall down as far as seventh with a defeat and say goodbye to a home playoff game. Their lone previous meeting this season was a 3-0 win for Houston in L.A.

LAFC secured the Supporters’ Shield trophy last weekend, so they can kick back, relax and maybe let Gareth Bale play a quick nine at Riviera before heading to the stadium. Nashville, however, is right in the middle of that Western Conference logjam.

Last weekend’s loss to Houston means Nashville no longer controls its home-playoff-game destiny. It’ll be keen to try to take advantage of any slip-up from the Galaxy, while also fending off challenges from those below, like Portland and Minnesota. One other nugget: Nashville has never beaten LAFC. Granted, it’s been just one game, a 2-1 final last July, but history is history.

Monster game. The Loons’ swoon continued with a dismal showing in a 2-0 loss in San Jose last week. That’s now just one point from their past six matches while being outscored 14-2. Yikes. Minnesota is hanging on to its playoffs lives in seventh with 45 points and faces a Vancouver side brimming with belief after three straight wins.

A win for the Caps would be enough to reach the postseason. At the same time, Minnesota could still rise to fourth and a home playoff game in Round 1 with a win and losses from the Galaxy, Nashville and Portland. I told you the West was wild.

Portland has owned this series of late, with four wins and a draw in the past five, and it can nail down a playoff spot with at least a draw, as it sits sixth with 46 points. There is also the opportunity to catapult into fourth and a home playoff game with a win and defeats from the Galaxy (47) and Nashville (47). However, a win for Real Salt Lake and a draw for Minnesota against Vancouver would leave the Timbers out of the postseason and slot RSL into sixth.

What’s it like to take a penalty at the World Cup? ‘No joy, just pure relief’

Liverpool’s dysfunctional midfield at the heart of their problems