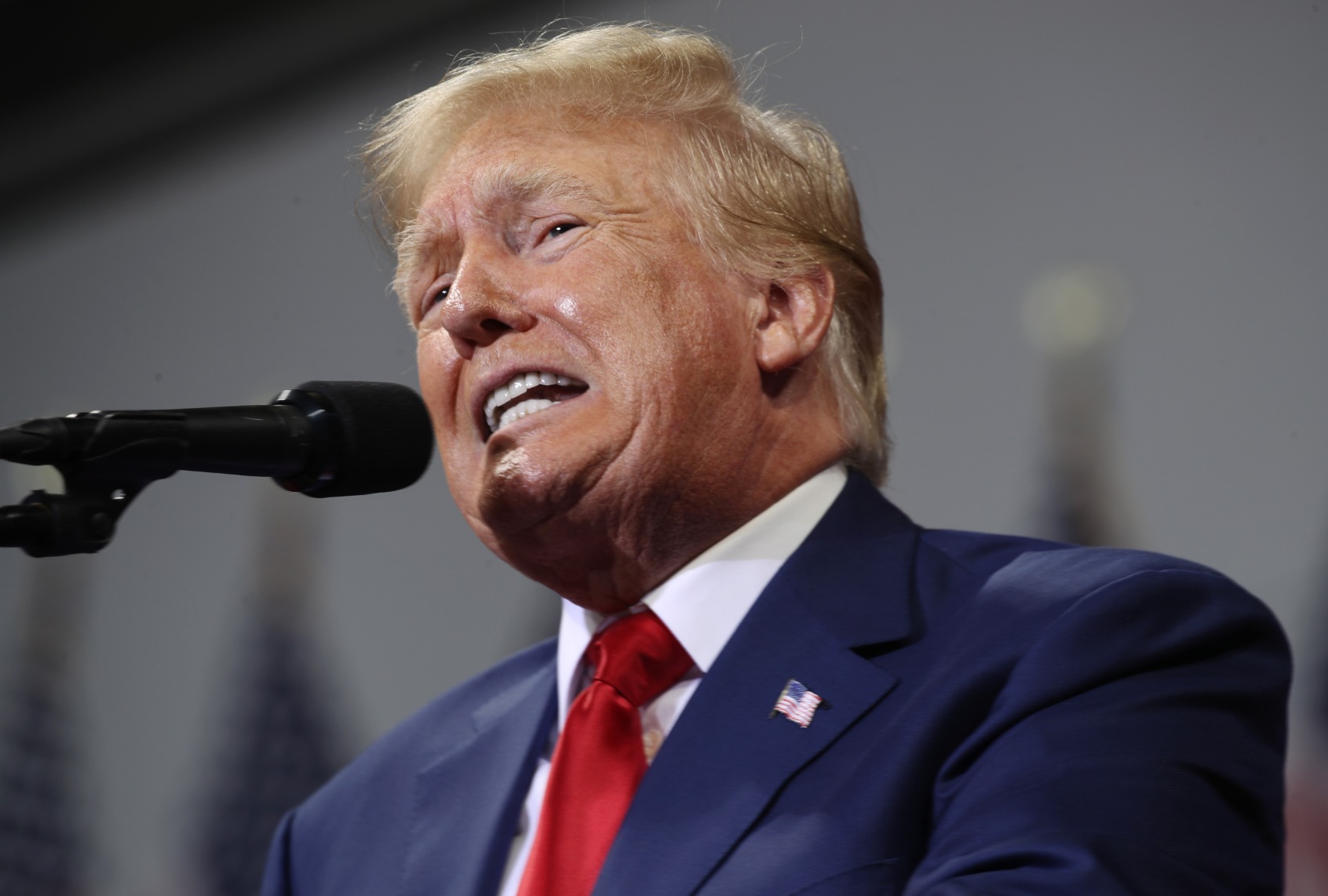 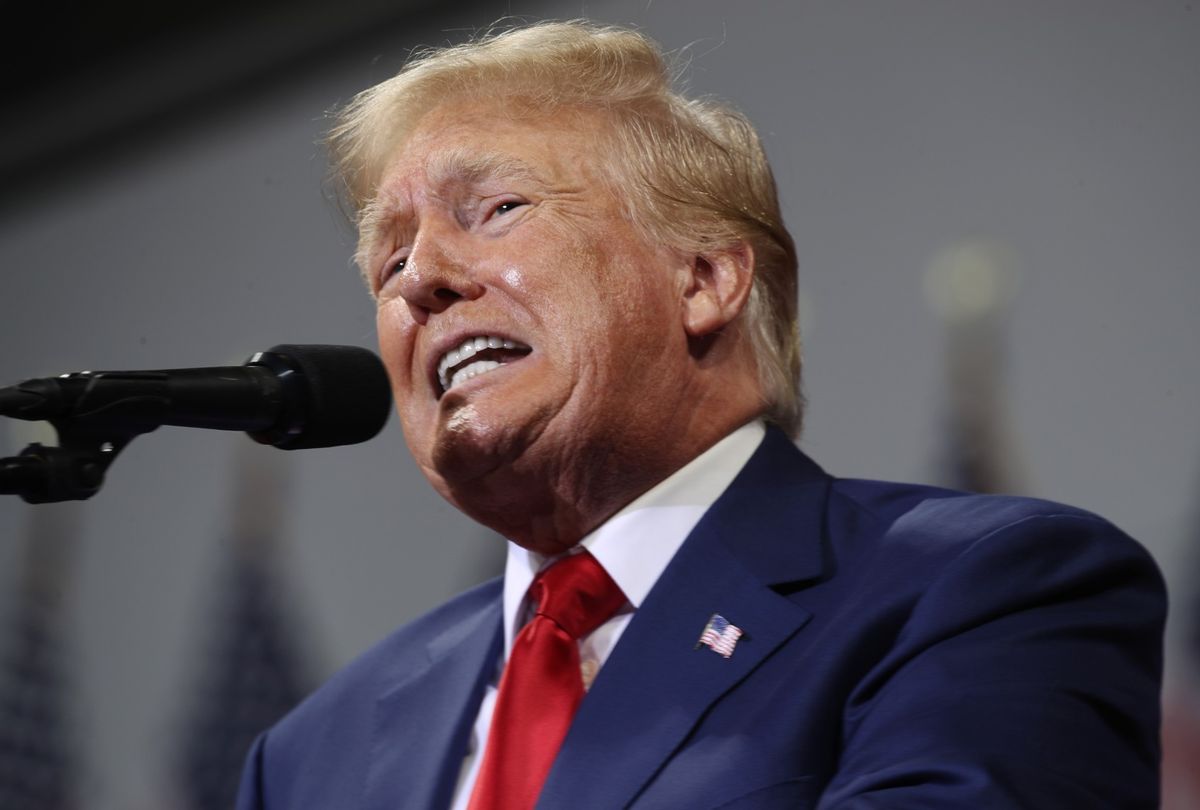 Former President Donald Trump on Tuesday asked the Supreme Court to intervene in his legal battle over classified documents seized from his Mar-a-Lago residence.

Trump-appointed U.S. District Judge Aileen Cannon last month ordered a special master review of the documents and blocked the Justice Department from continuing its criminal investigation into the matter. The 11th Circuit Court of Appeals in Atlanta overturned part of her order that blocked the DOJ’s investigation into the more than 100 documents marked classified. On Tuesday, Trump filed an emergency appeal to the Supreme Court arguing that the court was wrong to block the documents from the review and requesting that special master Raymond Dearie be granted authority to review the documents with classified markings.

“Any limit on the comprehensive and transparent review of materials seized in the extraordinary raid of a President’s home erodes public confidence in our system of justice,” Trump’s attorneys wrote in the 37-page filing.

The appeal does not appear to ask to restore Cannon’s order blocking the DOJ’s investigation from continuing. The move could make it easier for Trump to push claims that the documents are shielded by executive privilege or were declassified, according to Politico, though legal experts have expressed doubts about the former president’s public claims.

The DOJ argued to the 11th Circuit that Cannon “ordered disclosure of highly sensitive material to a special master and to Plaintiff’s counsel—potentially including witnesses to relevant events—in the midst of an investigation, where no charges have been brought.”

Trump’s appeal disputed the DOJ’s claim that including the documents with classified markings in the special master review poses a national security threat because the DOJ may want to present those same documents as evidence to a grand jury. “In sum, the Government has attempted to criminalize a document management dispute and now vehemently objects to a transparent process that provides much-needed oversight,” the appeal says.

Supreme Court Justice Clarence Thomas, who oversees the 11th Circuit Court, issued an order giving the DOJ a week to respond to Trump’s application, though he may refer the matter to the full court, legal experts say.

“A week is the amount of time you give when it’s not really an emergency,” tweeted Steve Vladeck, a Supreme Court expert at the University of Texas School of Law. “This delay doesn’t help Trump. At all. It’s a pretty big sign from Thomas that even *he* isn’t in a hurry, which does not bode well for Trump’s chances of getting the full Court to side with him.”

Vladeck explained that Trump’s appeal is “not *entirely* laughable” but is still “doomed to fail” and “unlikely to accomplish much even if it succeeds.” Trump’s request is “very modest,” he wrote, meaning even if he wins the DOJ’s probe would not be affected.

“Yes, this filing goes to Justice Thomas as Circuit Justice,” he tweeted. “But for as cynical as I know many people have become, I don’t see a universe in which he grants it by himself rather than allowing the full Court to resolve it. And even if he does, the full Court can overrule him.”

“Bottom line is that what Trump’s arguing, for once, isn’t completely nutso,” he tweeted. “It’s merely pointless and stupid.”

Former federal prosecutor Elie Honig told CNN it will be a “close call” if the court takes up the case. “The Supreme Court typically likes to stay out of messy, political disputes,” he said.

“Probably in the end this isn’t going to work out for Mr. Trump,” he said.

“He could well find himself getting bench-slapped by the Supreme Court,” she told MSNBC. “One of the real issues working not too far below the surface is that Judge Cannon herself really should not have entertained jurisdiction to hear this matter at all. DOJ has argued from the get-go that she lacks equitable jurisdiction. She made a very shaky finding in this regard. Now that entire ball of wax is sitting in the Supreme Court, and I don’t think this will go well for Trump, even though this has been where he’s wanted to be all along thinking the court would be favorable towards him.”

Gigantic beauty sales can be overwhelming, I get it. That’s why I’m here to tell you about the one absolute,