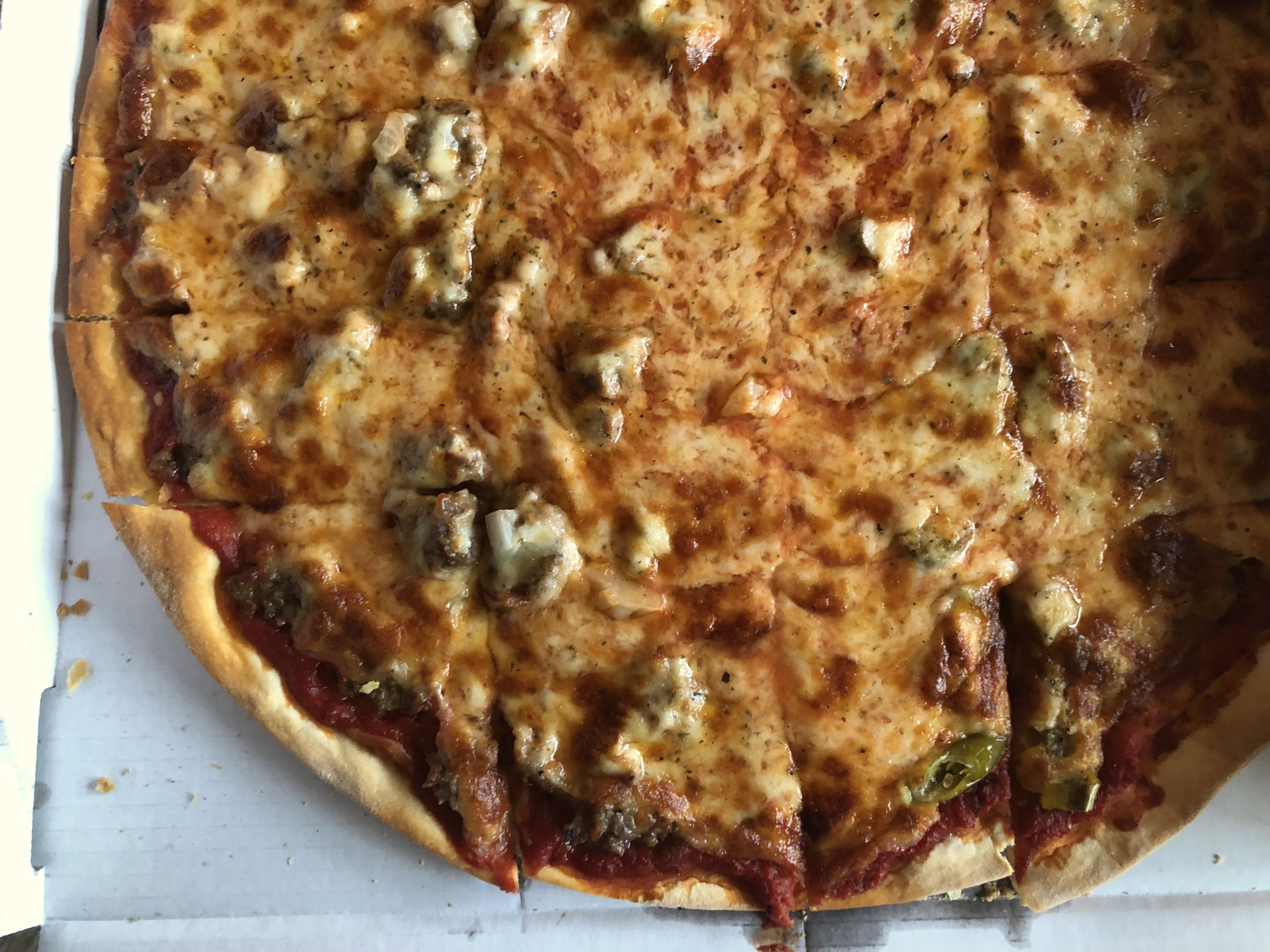 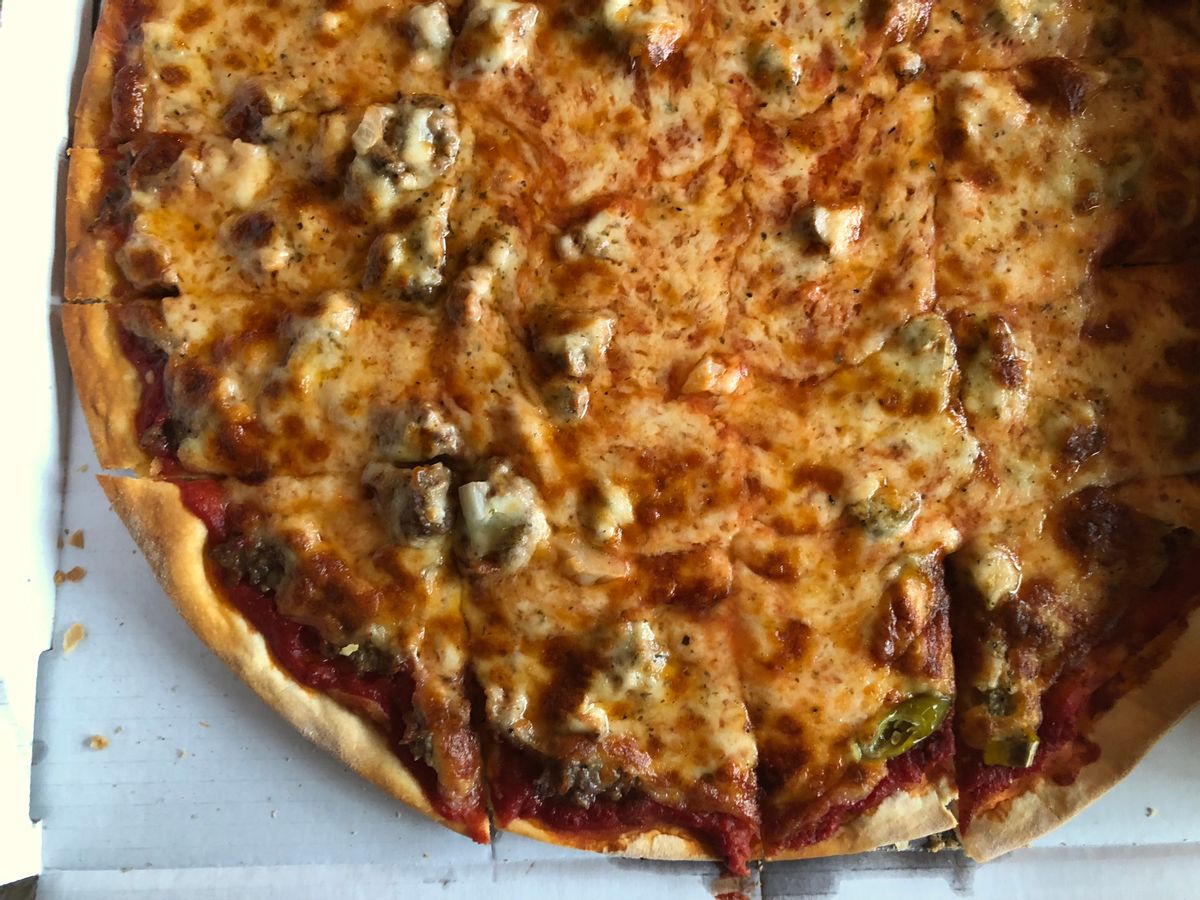 If you have ever called the Windy City home, you no doubt have strong feelings about which pizzas do (and don’t) deserve to be anointed bona fide Chicago-style. I’m not here to offer hot takes; I simply want to declare that the Chicago-born pie I hold dearest is tavern-style — a.k.a party cut, a.k.a the circular pizza with cracker-thin crust that’s inexplicably cut into small squares.

When done right, it perfectly balances crackly crunch; stretchy, char-speckled mozzarella; and tangy-sweet red sauce. I can count on one hand the number of times I haven’t burnt the roof of my mouth on a tavern pizza; I’m always so impatient to dig in.

Tavern pizza was the centerpiece of birthday parties throughout my childhood in the southwestern Chicago suburbs. But I came to really love it like many Chicagoans — when I was living in the city in my 20s, perennially broke and staying out far too late. Within walking distance from every Chicago apartment I ever lived in sits a timeworn joint called John’s Pizzeria Ristorante & Lounge on Western Ave., which stays open till 1 a.m. on Saturdays.

I came to really love it like many Chicagoans — when I was living in the city in my 20s, perennially broke and staying out far too late.

I’d wander into that old, white-clapboard structure, nod at the inevitable table full of cops or firefighters seated at the front, then nab a booth along the wall — never remembering which two of them tilt until after sliding in. In more than a decade of eating there, my order rarely changed: garden salad with canned black olives and Italian dressing followed by a large, single-topped (crucial for square integrity) pizza, either with sausage nubs or half-pepperoni, half-giardiniera.

I like that tavern pizza is thin enough to almost feel snackish. I like when it is ineptly cut, rendering at least one triangular corner with nothing more than an oven-dried smear of sauce. I like that sometimes the middle pieces ooze so relentlessly with cheese and sauce that they collapse into a stretchy heap that you have to shovel in, head thrown back, in one hedonistic go.

“I just don’t get it,” interrupts my good friend John Manion, chef/owner of El Che Steakhouse & Bar in Chicago’s West Loop and a Chicago-area resident since 1995. This is probably the third time we’ve traded barbs over whether tavern pizza merits the coveted “Chicago-style” label.

“It’s essentially mediocre bar food,” Manion continues. “Objectively, yes, it is good in that it’s melted cheese on bread, but let’s not pretend that this is something it isn’t.”

As its name suggests, tavern-style pizza indeed originated in the city’s neighborhood bars as a hot and savory nosh for hungry blue-collar workers coming off long shifts — cheap (sometimes free with a beer) and salty enough to keep them drinking. The square cut made it easy to hold with a beer in the other hand, and shareable so a couple of patrons could split one and go home still hungry for dinner.

Detroit-native Manion’s first encounter with tavern style was similar to my origin love story — as a hungover and broke chef in his late 20s or early 30s ordering delivery.

“Not being from here, what I was hoping to receive at my hungover doorstep was a proper hungover pizza — in slices, mind you — and steaming hot in a cardboard box,” he recalls. “What I received instead was this cardboard, not box, but round, cardboard pizza, cut inexplicably into squares. On the edge there was nothing, maybe a little burnt sauce. Then the middle: I mean, do I get a spoon and scoop it? I found it to be a really unacceptable substitute for what I wanted.”

Manion admits that solid examples of the style exist, like the iconic, cracker-thin pies at South Side institution Vito & Nick’s. Until recently, he was content to call bulls**t among his inner circles, like when El Che’s staff occasionally ordered tavern pizza for pre-shift comida. It was only within the past couple years — since this humble pie entered the national pizza discourse and became (to him, undeservedly) deified — that Manion’s disdain has become visceral.

Through a little digging, we actually pinpoint that exact moment as July 22, 2019, when Bon Appetit published author and editor Jason Diamond’s love letter to tavern pizza. In it, Diamond heralded tavern style as Chicago’s real signature pie, as beloved by locals as it is underappreciated by tourists and national media.

And then came the listicles.

“All of a sudden, tavern style is anointed the ‘real’ Chicago pizza, and you start seeing, like, ‘the 32 best tavern-style pizzas’ everywhere,'” Manion says. “And to that I was like, no sir. This is junk food. If you go to a tavern after working your shift breaking rocks or at the auto plant, and you get that cold, first brew and someone’s like, ‘Hey would you like a triangle of cheap, pizza-like substance?’ you go, ‘Hey, sure. That sounds good.’ But it’s an indictment of us as a society where we need to objectify and write tomes about things that are just OK.”

Whether it’s Popeye’s chicken sandwiches or Choco-Tacos, our clickbaity, trend-chasing culture loves hot takes on what’s considered lowbrow food — which we subsequently ravage from every possible angle till only the carcass and a few grease-stained napkins remain

Whether it’s Popeye’s chicken sandwiches or Choco-Tacos, our clickbaity, trend-chasing culture loves hot takes on what’s considered lowbrow food — which we subsequently ravage from every possible angle till only the carcass and a few grease-stained napkins remain. But what makes us lose our minds over tasty things that many wouldn’t deem “great” in the first place?

Nostalgia, Manion replies. “If tavern-style pizza is what you got as a kid — on a summer night coming home from the pool — that’s the best, that’s what you want,” he says. He admits to having a similar maudlin blindspot when it comes to Detroit’s Coney dogs — a beef frankfurter on a bun smothered in beanless chili, mustard, onions and shredded cheese.

“I think that I espoused bullshit about that for many years, before I even accepted eating a proper Chicago-style hot dog,” he says of the Chicago-born, snappy all-beef frankfurter on a poppy seed bun with yellow mustard, neon-green sweet pickle relish, chopped onion, tomato slices, a dill pickle spear, pickled sport peppers and celery salt. “Then I did, and it was just this majestic balancing of textures and flavors. I’m like, OK, when done right, I understand this. This is what you should be writing f**king poems about.”

Maybe you count among those who believe tavern-style pizza is capable of the same excellence as a Chicago-style hot dog; maybe you don’t. Regardless, there’s something profoundly satisfying about seeing the things we hold dear validated by the elites of our realms — however niche or mediocre that thing is.

There’s my beloved tavern pizza, all dressed up and styled in the good lighting for Bon Appetit! Or there’s my cherished Chicago dog, getting a beautiful, blown-out feature in the New York Times dining section!

Because we knew and loved it long before its big break made it all distant and full of itself, we get to claim a piece of the credit. Then when someone comes to visit, we proudly take them to our hot dog stand or our tavern pizza joint, for our taste of bonafide Chicago.

Near the end of the conversation, the evangelist in me can’t help but pipe up that Manion should come with me to John’s some time and try it for himself. His answer surprises me.

“F**k yeah I’ll go!” he says. “I’m not a monster. It’s still pizza. And that’s the thing. If you love it, go for it. There are lots of things that aren’t awesome that are awesome.”

For my part, I’ll try to keep the poetry to a minimum. 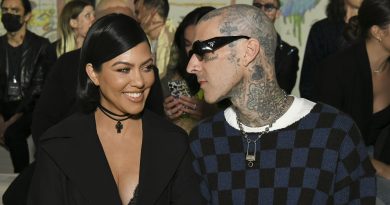 Kourtney Kardashian Gets Candid About Fertility Struggles With Travis Barker: ‘The Journey Is a Bit Hard’