The Catholic Bishops’ Conference of Nigeria (CBCN) has presented a critical review of the Buhari administration, urging the regime to do more in ameliorating challenges of insecurity, poor economy, amongst others.
The group made the call in a communiqué issued at the end of its second plenary meeting at Orlu, near Owerri.
The communique was signed by the President of CBCN and Archbishop of Owerri, Most Rev. Lucius Ugorji and Secretary/Bishop of Uromi, Most Rev. Donatus Ogun.
The bishops stated that the government had not lived up to its duties with regard to security.
“We observe that even when suspects have been arrested, there is not even diligent prosecution of the culprits of these nefarious acts, leaving the citizenry helpless and despairing,” they said.
The clergy pointed out that “Owing to mismanagement and a failing economy with an ever increasing debt burden, there is poverty and hunger in our land, in spite of our huge human and natural resources.”
They called for adequate policies and provide the enabling environment for the creation of more jobs by both the government and the private sector to reduce the level of insecurity in the country.
On the lingering industrial action by the Academic Staff Union of Universities, the Catholics charged the federal government to quickly reach a truce with the striking lecturers.
“We renew our call on the Federal Government and ASUU to find a quicker and better way of resolving the matters under contention so that public universities will reopen.”
The clerics therefore called on Nigerians, particularly the youths, to sharpen their participation in the 2023 electoral process.
“We call on all our citizens and institutions to work towards responsible political behaviour and informed choices.
“In consonance with the principles of the Social Teaching of the Church, our people should be made aware of the duty to be both good leaders and followers.
“Only when the people are enlightened to take cognisance of their duties to the nation and their rights in it, can they escape the servitude of political manipulation and ignorance in their electoral habits,” they said.
They commended the National Assembly and President Mohammadu Buhari for enacting and signing into law the Electoral Bill 2022.
“We acknowledge the President’s commitment to ensuring a level-playing ground for all candidates in the elections.
“Furthermore, we commend the Independent National Electoral Commission (INEC) for its innovations, especially in the area of technology, to ensure free, fair and credible elections.
“We, however, enjoin the commission to ensure that this technology is transparently deployed, to increase the confidence of the people in the electoral process,” the group advised.
“We, therefore, renew our call on all our faithful, laity and clergy alike, to come out en masse to vote for people of unassailable integrity.”
They asked Nigerians to vote for people of good character, capacity and track record to lead the nation out of the present socio-political and economic doldrums, irrespective of party, religious and ethnic affiliations.
They noted that it was through the right political choices that the current situation in the country could be ameliorated.
The group also commended Pope Francis for creating another Cardinal in the person of His Eminence, Cardinal Peter Okpaleke, the Bishop of Ekwulobia Diocese.
They called on Nigerians to turn their attention to God in prayer and fasting for the country to get it right.
“We call on our citizens to continue fasting and prayers to prepare for smooth and peaceful elections.
“In campaigning and canvassing for votes, we urge politicians to eschew the politics of bitterness, divisiveness and religious bigotry.
“If we succeed in doing these things, we shall indeed cross the threshold into a new dawn in our country,” they noted. 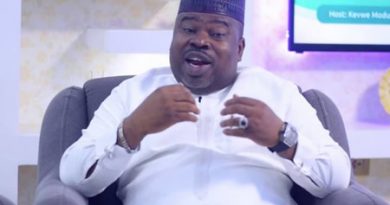 2023 Presidency: I Can’t Tell If I Would Contest – Ex-President, Jonathan