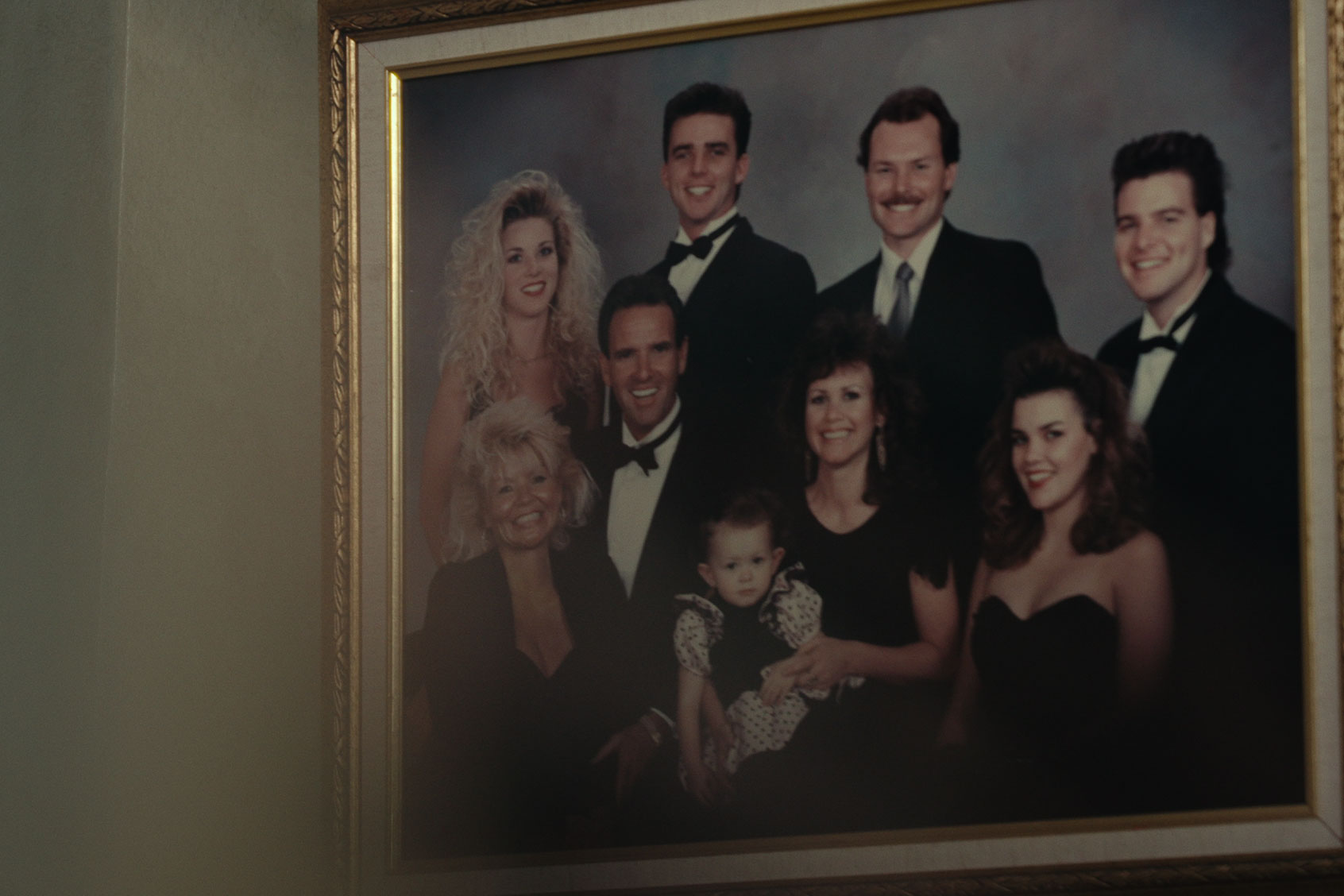 It’s hard to not anticipate the worst while watching “Sins of Our Mother.” The latest true-crime installation from Netflix revisits the 2020 case surrounding Lori Vallow Daybell — nicknamed the “doomsday mom” — who is presently awaiting trial for the deaths of her two children.

Over the course of three episodes, the series explores Lori’s grim descent into religious extremism, which progressed gradually via her devotion to The Church of Jesus Christ of Latter-day Saints. Under the influence of her fifth husband Chad Guy Daybell — a former gravedigger turned apocalyptic novelist and self-declared prophet — Lori believed her 17-year-old daughter and 7-year-old son were so-called “dark” individuals and followers of Satan.

From the director of “Abducted in Plain Sight” and “Girl in the Picture” comes “Sins of Our Mother,” a docuseries that spotlights Lori’s surviving child, Colby Ryan, along with her parents, her ex-friends and the investigators tackling the ongoing case. The series itself summarizes the Vallow-Daybell murder and refrains from providing new details. But it’s still a grueling watch for newcomers of the case and ardent followers alike.

Here’s a closer look at the suspects in question, the murder case and recent updates:

Who is Lori Vallow Daybell?

Lori Vallow Daybell was born on June 26, 1973, as Lori Norene Cox and grew up in San Bernardino, California. She and her three siblings — Adam, Alex and Summer — were all raised in the LDS Church.

“All of our kids love ‘The Book of Mormon,’” recounted Lori’s mother, Janis Cox, in the documentary. “And Lori’s always loved the scriptures. She took to it right away.” Her fascination with Mormonism was also fueled by her father, Barry Cox, whom she once hailed as “the spiritual giant.”

At the age of 19, Lori married her high school boyfriend Nelson Yanes, but the marriage was short-lived and ended in divorce. In 1995, at the age of 22, she married William Lagioia and had her first child, Colby Ryan. The pair, however, split just three years later on February 25, 1998.

Lori remarried in 2001 to her third husband, Joseph Anthony Ryan, wo is the biological father of her second child, daughter Tylee Ryan. Joseph allegedly abused Lori and physically and sexually abused Colby, thus prompting Lori to end their marriage with divorce.

“There’s a turning point in my life that turned me to the Temple. I had been married to someone who was very awful, who raped my children,” Lori said in an old voice recording. “And I was going to murder him; just thought I couldn’t take it anymore. So I went and met my Bishop and I was like, ‘I’m either going to turn my life to the Temple or I’m going to commit murder.'”

In 2006, Lori married her fourth husband, Charles Vallow. Seven years into their marriage, the couple adopted Joshua ‘JJ’ Vallow, who was the grandson of Charles’ sister. JJ had autism but grew close to both Colby and Tylee, who oftentimes referred to JJ as her own child. 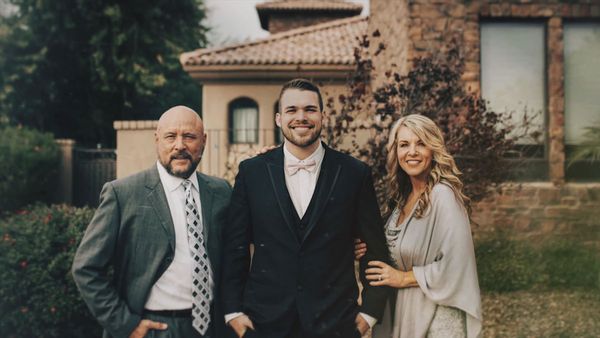 Charles Vallow, Colby Ryan and Lori Vallow from “Sins of Our Mother” (Netflix)

Although Lori had her longest marriage with Charles, she was dissatisfied with her husband and oftentimes told her closest acquaintances that she didn’t see Charles as her “spiritual equal.”

In 2018, Lori met Chad Daybell — her soon-to-be fifth husband — and quickly took a liking to his extreme apocalyptic and catastrophic preachings. Together, they began planning for the end of times and followed a ranking system that categorized people on a scale of “light” to “dark.” Per Chad, “light” individuals were “followers of Jesus Christ” while “dark” individuals (also known as “zombies”) were devotees of Satan.

The following year, Charles filed for divorce as he grew more fearful of Lori’s erratic and inexplicable behavior. On several occasions, Lori threatened to murder her husband and ostracized him from the family in an attempt to cast him as a villain. She also allegedly told Charles that she no longer cared about him or JJ before disappearing with both Tylee and JJ, according to a 2020 KSL TV report.

Unfortunately, only a few months later, Charles was murdered by Lori’s brother, Alex Cox, in the Arizona home she was living in with her children. Alex shot Charles four times in the chest after accusing him of “abusing his sister.” He later told law enforcement that Charles had attacked him first by hitting him in the head with a baseball bat and, thus, he had used the gun in self-defense. Investigators also learned, per the autopsy report, that Alex failed to perform CPR on Charles after a 9-1-1 dispatcher instructed him to do so. The case was subsequently dropped, and Alex was not charged.

In September 2019, Lori and her children left their Arizona residence to live closer to Chad. The quartet lived in an apartment complex in Rexburg, Idaho; Alex also moved into that same complex, just a few doors down from his sister.

The string of deaths

That same year, both JJ and Tylee went missing. Police said the last known photo of Tylee was taken during a Yellowstone National Park trip she attended with Lori, JJ and Alex. In response to inquiries and concerns from family, Lori concocted lies regarding her children’s whereabouts. She told some family and friends that Tylee was visiting relatives, while others heard that she was studying at Brigham Young University’s Idaho campus. Lori also claimed JJ was staying with her close friend, Melanie Gibb, who eventually told authorities that JJ hadn’t been with her. Gibb also said she heard Lori refer to her two children as “zombies.”

In October 2019, Chad’s then-wife, Tammy Daybell, died of natural causes in her sleep. But police grew suspicious of Tammy’s death and suspected foul play, especially after Lori and Chad hastily tied the knot just two weeks later. An autopsy was never performed, per a request from the Daybell children. They were convinced that their mother died of natural causes because she was in poor health prior to her death.

In December 2019, Alex then died of natural causes in Arizona. The Rexburg Police Department also officially declared Tylee and JJ as missing persons and launched a nationwide investigation into their disappearances.

On January 25, 2020, officials located Chad and Lori in Kauai, Hawaii, and served the latter a court order requiring her to produce her children within five days. Lori was unable to fulfill the order and on February 20, 2020, she was arrested. Two weeks later, she was extradited to Idaho.

Despite the arrest, Tylee and JJ’s whereabouts and safety were still a mystery. On June 9, 2020, local authorities searched Chad’s property and found the bodies of both children — JJ had been buried under a tree while Tylee had been buried in the Daybell’s pet cemetery. 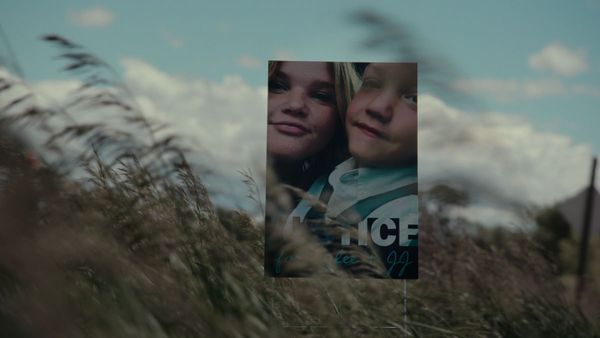 On May 25, 2021, Chad and Lori were formally charged with first-degree murder for the deaths of JJ and Tylee. Chad was also charged for the death of Tammy. He pleaded not guilty to all the charges.

On June 29, 2021, Lori was also charged with conspiring to murder Charles. However, her case was put on hold after a judge decided she was mentally unfit to stand trial and referred her for treatment.

A few months later, prosecutors announced that they were seeking the death penalty for Chad. He is currently in jail and awaiting trial. 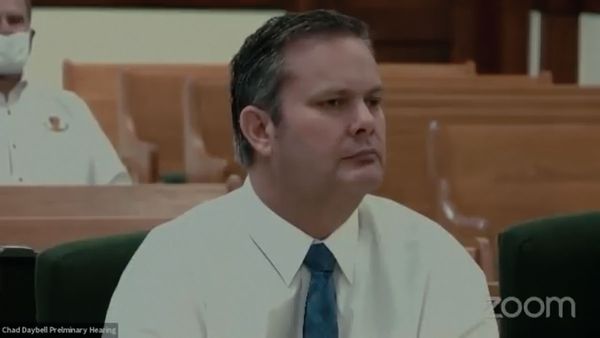 Chad Daybell from “Sins of Our Mother” (Netflix)

On April 11, 2022, Judge Steven Boyce declared that Lori is mentally competent to stand trial. A few days later, Lori refused to enter a plea to murder, thus prompting the judge to put in a plea of “not guilty” for her.

Chad also pleaded not guilty to murder, conspiracy and grand theft charges; The pair’s joint trial is slated to begin in January 2023.

“Sins of Our Mother” is currently available for streaming on Netflix. Watch the trailer below, via YouTube: