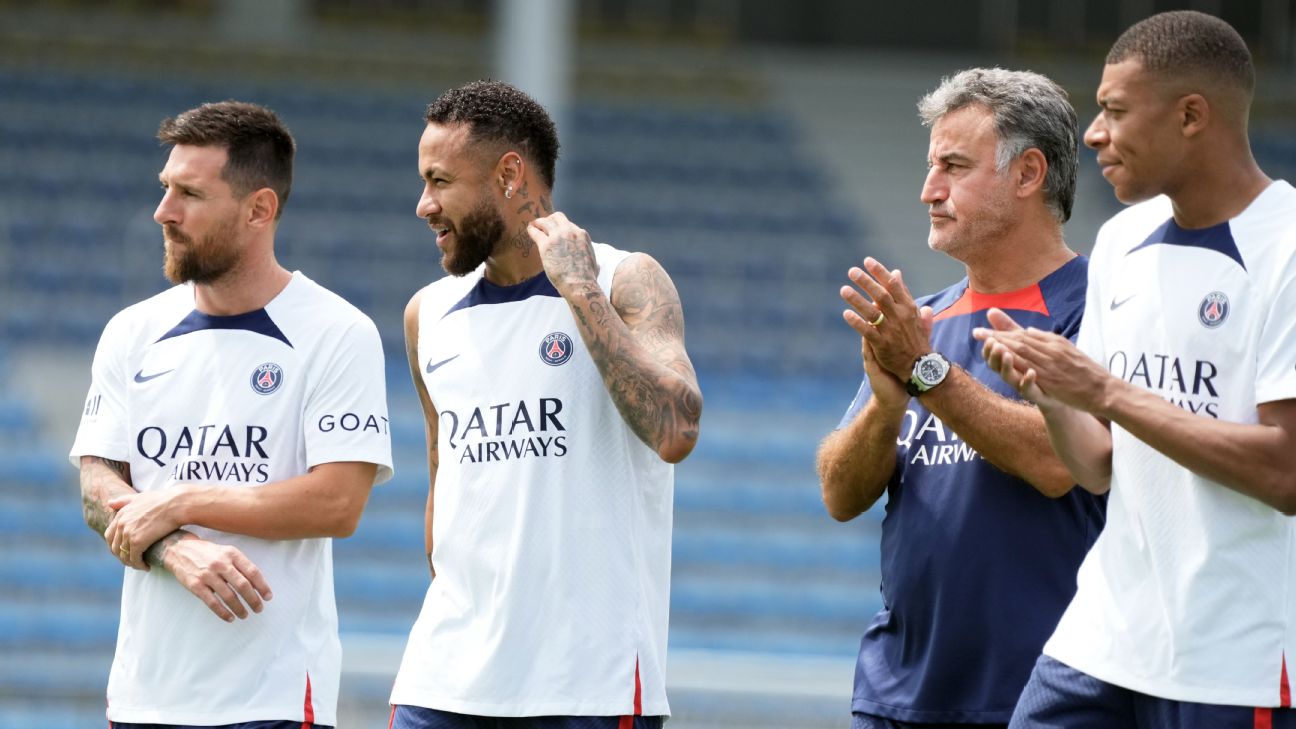 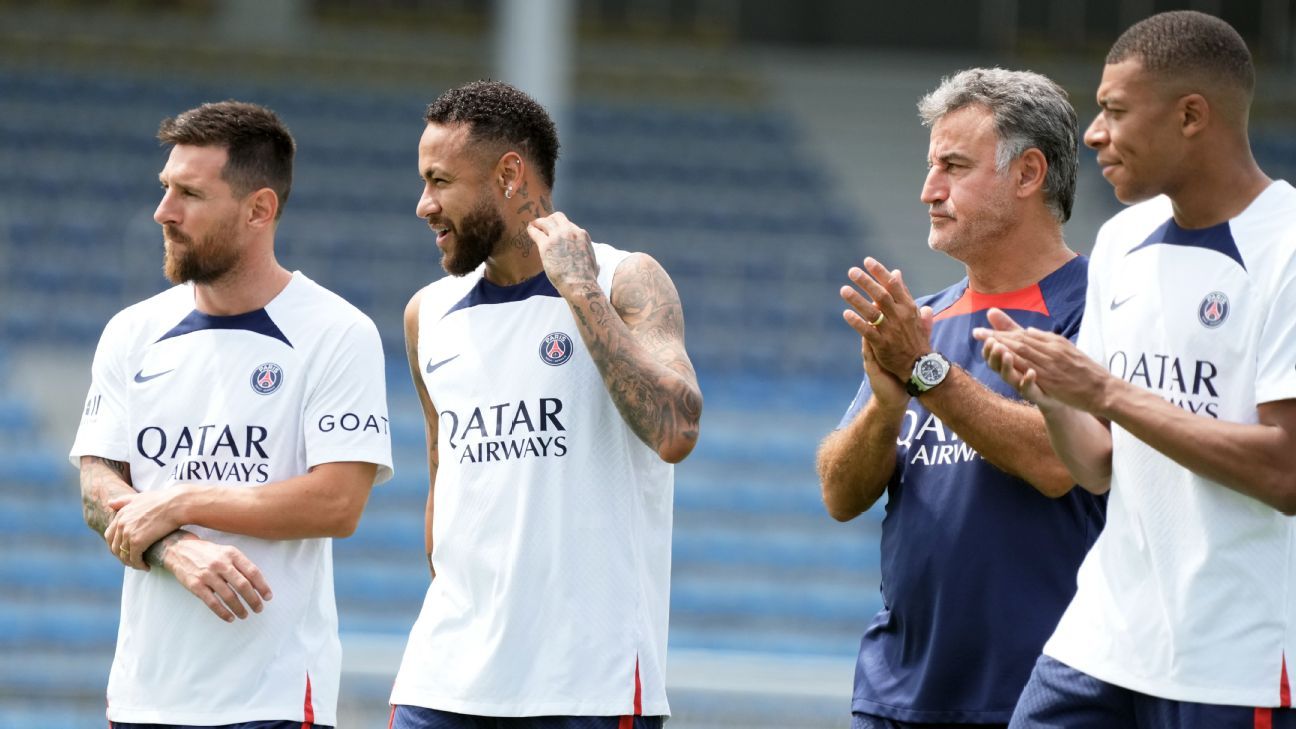 Paris Saint-Germain manager Christophe Galtier has warned the superstar trio of Lionel Messi, Kylian Mbappe and Neymar that they need to accept a role on the bench, whether they like it or not.

Neymar came on around the hour mark, but it was Mbappe who made way for his fellow forward in their 3-0 win at Nantes, and the France international did not show any sign of frustration.

Messi has played the most among the three, although he was also recalled to the bench in the closing stages against Monaco and Toulouse.

Galtier, who took over this season, had warned that the team would come first, and he has been true to his word as PSG scored a record 24 goals in their opening six league matches.

“I talked about it twice — once with each of them and once with the whole squad, to tell them that this is how it was going to be and that we had to have the right attitude and accept it,” Galtier said.

With a packed schedule and the World Cup looming, Galtier said there was little choice.

“You say it’s new, but it’s an obligation for everyone because of the very busy schedule,” he said.

“We play a lot, every three days, then every four days, then there is the World Cup. Everyone has to understand that they won’t be able to play all the games.”

Sergio Ramos was also given a relative rest against Nantes, only coming on in the 62nd minute.

“Everyone has to be ready to play. The most important thing is the team. We have quality in both the starters and the substitutes,” Presnel Kimpembe said.

“We have a good group. Everyone knows that. We take advantage of each other to be as good as possible.”

Meanwhile, PSG defended their use of chartered flights rather than more ecological trains after an executive for France’s high-speed rail network called out the club for flying their players on a short-haul to Nantes this past weekend.

Alain Krakovitch, the director of the French rail company’s TGV-Intercity service, said on Twitter that the network’s high-speed trains can travel the roughly 380 kilometers (240 miles) from Paris to the western city in just under two hours.

He retweeted video apparently posted by a PSG player of team members aboard a flight to the Ligue 1 match on Saturday night. Paris beat Nantes 3-0.

Addressing PSG, Krakovitch wrote: “I re-re-renew our proposition of a TGV offer adapted to your specific needs.”

In response to questions from The Associated Press, PSG said there were not late-night TGV trains they could have taken back to Paris after the match, which would have forced the team to spend the night in Nantes had it wanted to ride the rails back to the French capital the next morning.

A club spokesman said PSG are “not at all closed to the idea of taking the train if all the conditions are met” and that they have had talks with the French rail company SNCF. But the club said chartered flights are more flexible and that they also has to consider players’ and public safety when taking public transport.