BENIN CITY- In an effort to secure seamless access to quality healthcare, a total of 69,000 residents of Edo State have registered with the Edo State Health Insurance Scheme (EDOHIS), few months after its take off in the state.

Among the beneficiaries are the vulnerable and strong individuals, physically challenged persons, pregnant women and the elderly.

The scheme provides opportunity for registrants to have seamless access to quality healthcare without financial burdens.

Dr. Amegor disclosed that EDOHIS being a creation of the Edo State laws, it planned to cover one million residents of the state under its five-year health plans by 2024.

“Every health plan has a Benefit Package that lists all the health services an enrollee is entitled to under our scheme.

“They include; Primary and Secondary services, Preventive, treatment and rehabilitation care, Ancillary services (laboratory and diagnostics.), Drugs and vaccines, Emergency medical care, and other procedures and surgeries”, Dr. Amegor explain.

He however added that the scope and service limits of the Benefits Packages vary according to Health Plan.

Dr. Amegor stated that no fewer than 20 private and public hospitals across Edo State have been accredited to deliver the desired quality healthcare services to EDOHIS beneficiaries.

The DG explained that the equity health plan is programmed to cater for the health needs of the vulnerable such as children, physically challenged, poor pregnant women among others.

He enjoined healthcare providers to be more professional and patience with EDOHIS enrollees assigned to their respective facilities as health is more of psychological.

He noted that EDOHIS has a place for everyone as it is packaged to domesticate and sustain government reforms in the health sector.

The Director-General of Edo State Health Insurance Scheme revealed that ambulance service will soon be included in the Benefits Packages.

“Very soon we will roll out ambulance service in tandem with what the Federal Government is doing, and that will be very effective”, He assured.

Earlier in the media parley, the director for legal services, Dr. John Bosseh while delivering a lecture said that the vision of EDOHIS is to achieve universal health coverage goals in Edo State.

The event was also attended by other heads of units in the organisation. 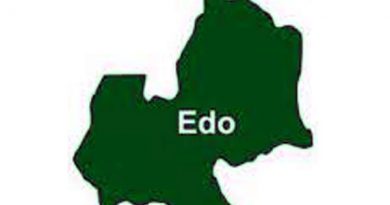