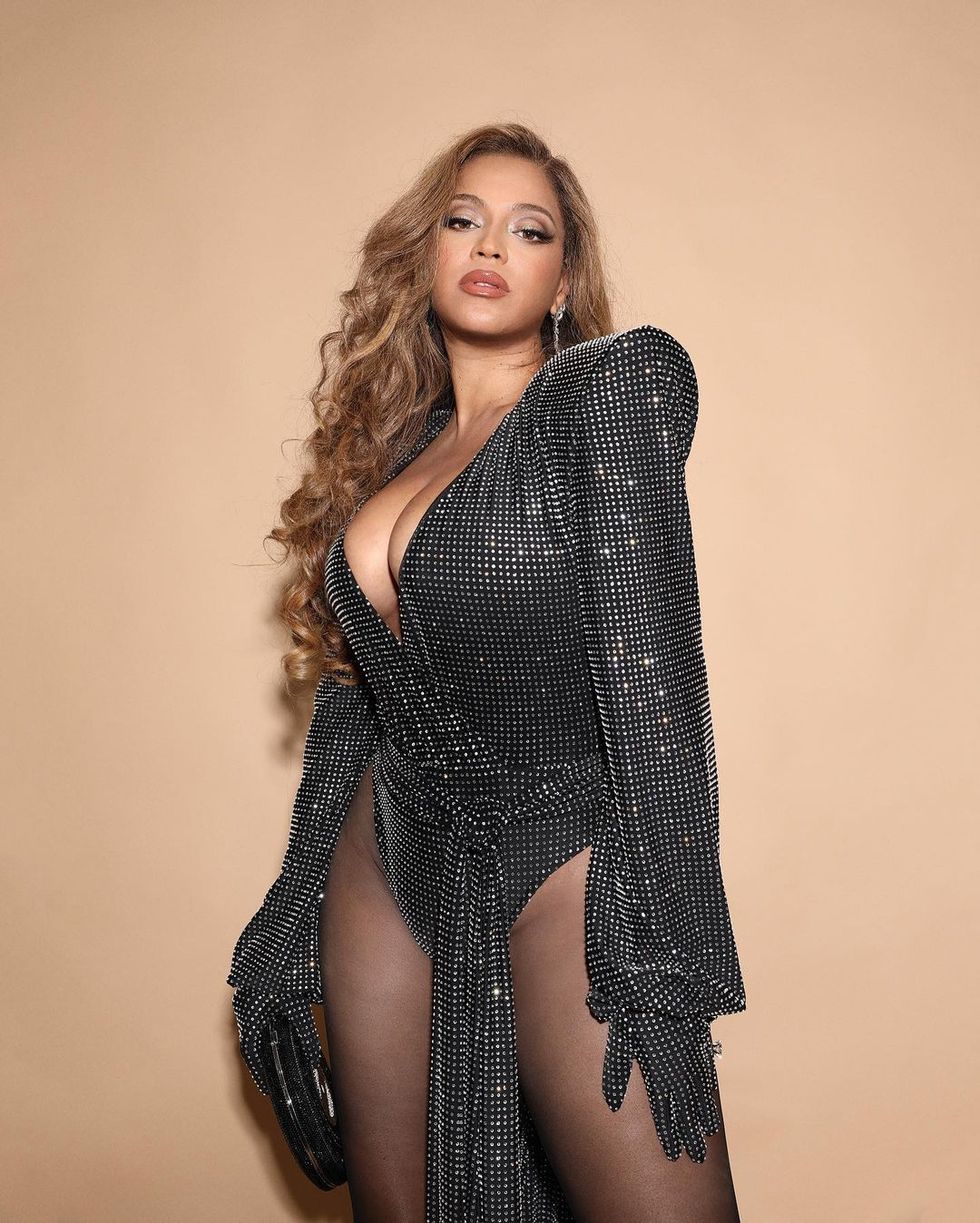 Beyoncé fêted the launch of her album Renaissance with a secret, celeb-filled New York City party this weekend, appropriately dubbed Club Renaissance. While photos of Beyoncé at the party didn’t immediately come out, the queen shared two Instagram grid posts showing her glitzy outfit of the night and grand entrance. Bey dressed exquisitely in a metallic black bodysuit with Wolford tights and Tiffany & Co jewelry. She carried a record clutch emblazoned with “Club Renaissance” and the album’s release date. Beyoncé wore her hair down in voluminous, disco-ready curls, and wore silver eyeliner. Everything about this look is perfect:

Beyoncé shared a “thank you” note on her site following the success of her album, the first of her three-act music project. Renaissance topped the Billboard 200 albums (for the album in its entirety) and the Hot 100 songs charts (for its lead single “Break My Soul”) after its first week out. Billboard reports Bey’s album’s success marks the biggest week for any woman artist this year.

Beyoncé acknowledged this milestone, writing, “We did it!!! Thank you so much for your love and support. Nothing made me happier than seeing a club full of people sing every word to every song from top to bottom. This was years of experimentation. This was years of hard work, blood, sweat, and tears. I’m grateful, and it was worth it. I’m thankful that it was received and understood. Thank you to my beautiful team for your heart and grind. Thank you to all of the brilliant collaborators and musicians, composers, and everyone involved in creating this piece of art. And thank you to the absolute best fans on the planet. I’m grateful to be loved by you. I love y’all deep, B.”

Everything We Know About The Little Mermaid Live-Action Remake

House of the Dragon: Everything We Know About the Game of Thrones Prequel