In the light of the celebration of the 2022 National Diaspora Day under the leadership of Abike Dabiri-Erewa, the Chairperson and Chief Executive Officer of Nigerians in Diaspora Commission (NiDCOM), this Diaspora psychologist decided to address human rights concerns regarding foreign affairs relating to Nigerian Diaspora communities and gender equality, as relating to females who still face institutional barriers and discrimination in employment and other settings in Nigeria.

In the incoming presidency of Tinubu, Atiku, or Obi, and the next legislature, the work of Dabiri-Erewa in the area of foreign affairs as it relates to diaspora voting and women’s rights, should not receive a doomed vote.

Only a regressive-thinking society will not be gender sensitive and see females as just reproductive instruments. Dominated male institutions use religion to make female biological conditions a criterion for subordination and unequal.

Nigeria has made some developmental progress, yet the male elites continue to use religion and traditions as an excuse to continue the social system and institutionalized discrimination of women.
The rise of affirmative actions and even laws in every workplace, including in legislatures and educational institutions, are national experiments whose time has come.

Female population growth is far greater in every country, but legislative attempts to implement affirmative action for women have repeatedly failed due to overwhelming rejection, especially in Nigeria.
The coming administration and national assembly should be a part of the progressive world by making changes to the constitution or enacting meaningful laws to allow female citizens full presence in various sectors.

Nigeria’s legislators need to understand that affirmative action as a policy will strive to eliminate barriers in the system and customs towards female groups because of a history of injustice and inequality, and will help to promote an inclusive society, which is a precondition for democracy, integration, and diversity.

While I can understand some concerns about provision to allocate special seats for women to increase their political representation, what Nigeria should understand is that affirmative action acts as an engine for social mobility for direct and overall benefits.

This type of progressive move could lead to more diverse leadership, which can gradually result in economic growth.

For the sake of diversity, female attitudes, and their great cognitive capacities, which can sometimes be different from those of men, add value to the economy and public life. Females are known for their advantages in verbal fluency, perceptual speed, precision, fine motor skills, controlled emotions, and better managerial decision-making skills.

Dabiri-Erewa, who once encouraged this writer to return to my native home and contribute my specialties in nation building, which I did periodically continue to advocate for Diaspora voting rights and support the cause of human rights, including women’s rights in Nigeria.

In a male-dominated political environment in a country of over 200 million people, women’s voices in the legislature and government will act as social tools and provide leadership to aggressively and adequately pursue and practicalize enforced anti-child marriage, domestic violence, and work harassment programs.

In the incoming administration and legislature, along with the work of Dabiri-Erewa in Nigeria’s foreign policy, more responsible efforts for all matters relating to Diaspora voting rights should be critically attended to and accomplished. The issues of full diversity in the legislature, executive management, higher education leadership, business activities, and security/enforcement leadership should be equally fulfilled as they count towards building a better Nigeria.

Dabiri-Erewa’s advocacy, work, and appeal for diaspora voting and the call by this psychologist for affirmative action to promote women’s empowerment and gender sensitivity should be given higher consideration and fulfilment by the next president and incoming legislature. 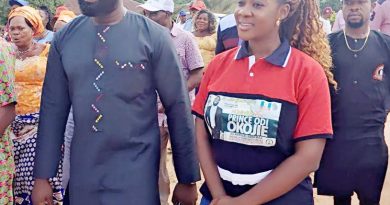 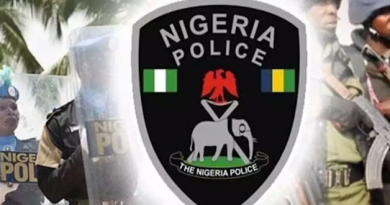